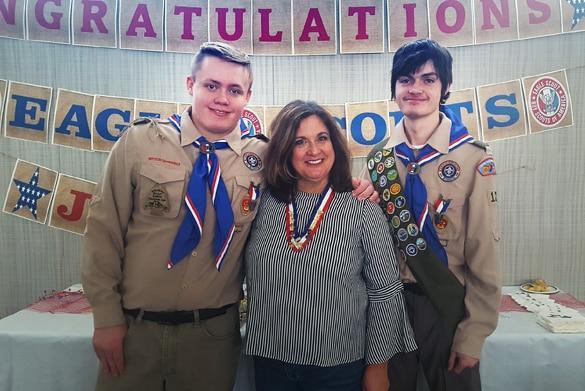 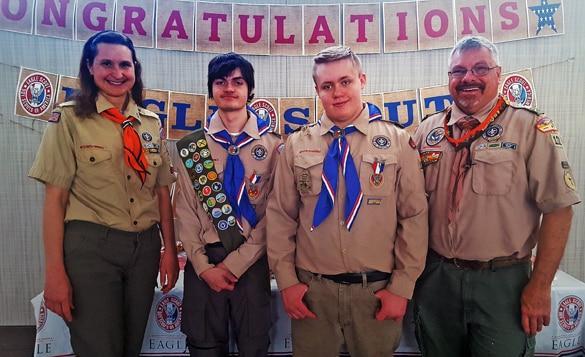 The Eagle is the highest recognition that Scouting offers to Scouts. It is earned through the advancement program and only a small percentage of boys who begin in Scouting receive this honor. The wearer of the Eagle award is the epitome of Scouting’s best efforts and beliefs.

The 18-year-old twins first entered the world of scouting 12 years ago as Tiger Cubs. During an interview with the Los Alamos Daily Post the brothers explained why they enjoy scouting and have stayed with it all these years.

“Scouting teaches us to be honorable, patient and to respect authority,” Kurt said. “It makes us into a good person.”

The twin’s parents attended the ceremony Saturday and their mother Kelly Benner spoke of the pride she feels for her sons and their achievements.

“This has been a lifelong journey and such a great accomplishment and I couldn’t be more proud of them,” she said. “They will take the skills they have learned with them to use throughout their life. I’m most proud of how they have learned the importance of community service and to care for their community.”

Kurt’s Eagle Scout project was to organize, coordinate and direct the painting of a large classroom at Ponderosa Montessori. Jack’s project was to replace the wooden decking on a 30-year-old play structure at the same school.

Following their graduation in June from Los Alamos High School, Kurt plans on taking core college classes in Las Vegas, Nev., and then possibly transferring to New Mexico Tech or Texas Tech. This fall, Jack will be attending the University of Oklahoma in Norman, Okla., where he will major in meteorology. 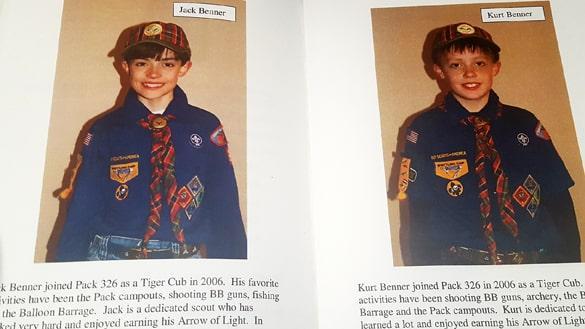 Tiger Cubs Jack and Kurt Benner in 2006. Photo by Carol A. Clark/ladailypost.com 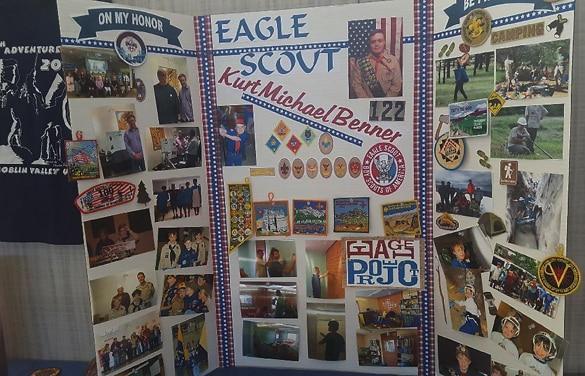 Scouting achievements through the years for Kurt Benner. Photo by Carol A. Clark/ladailypost.com 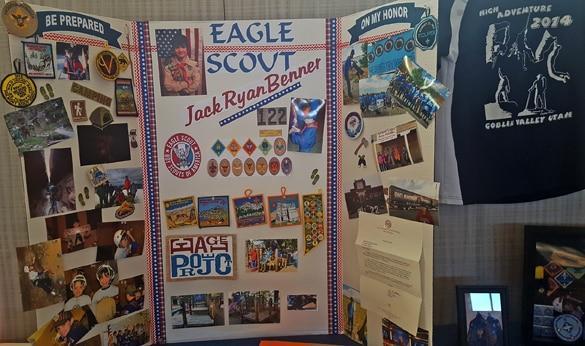 Scouting achievements through the years for Jack Benner. Photo by Carol A. Clark/ladailypost.com 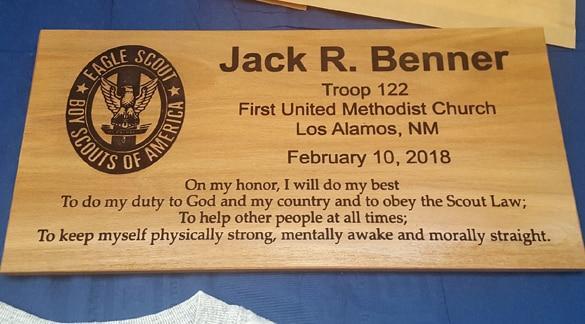 Dave Pelowitz of White Rock carves special wooden plaques for new Eagle Scouts at no charge. It’s his way of thanking them and rewarding them for all their hard work. For details, visit dave@SawdustPro.com. Photo by Carol A. Clark/ladailypost.com 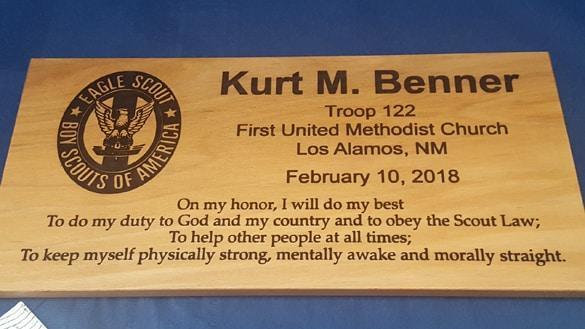 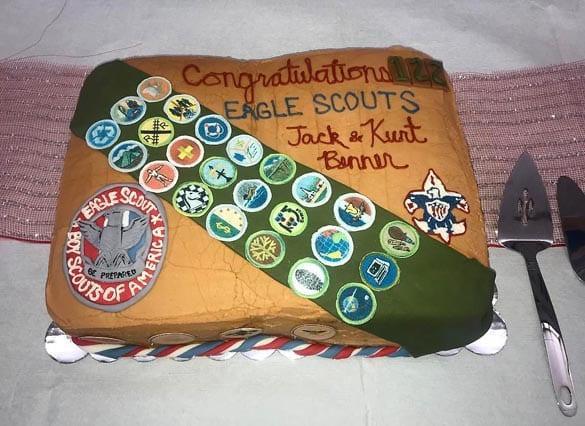