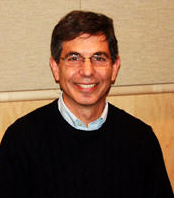 When my boys were little, they loved Hanukah for two distinct reasons. Like any red-blooded capitalist, they loved the accumulation of wealth during each of the eight nights; the toys, the software, the books, the new underwear; well, maybe not the new underwear, but they knew to be polite about it. They also knew the routine for each night. We would say some brief Hebrew prayers, turn out the house lights, light the Hanukah candles, sing a song or two, and open presents. Colored paper was shredded, gifts discovered, new clothes politely acknowledged and immediately neglected, and a mad rush began toward the family room to play.

Though the prayers were brief, and we might only sing one song if it’s late and a school night, lighting the Hanukah candles were never a brief ceremony. Because, even more than budding capitalists, my boys were, and probably still are,  pyromaniacs, and Hanukah is a pyromaniac’s dream.

As each boy became old enough to light candles, we would give each one his own small nine-armed candlestick used in Hanukah, called a Hanukiah (plural Hanukiot), furnished with small candles not much bigger than birthday candles. Each night we would light for them a special candle, the shamash or helper candle, and they then used it to light one additional candle for each night of Hanukah. When they were very small we held their hands as they lit each candle, even over their protestations that they knew what they were doing and as they tried to elbow us out of the way. Soon they became old enough to light the candles on their own and we became nervous spectators. On the first night, two candles shone on each Hanukiah, three on the second, and so on, until on the last of the eight nights we had on our dining table three hot pyres.

And I mean hot. The first and second nights the candles burned quietly and slowly. By the third night, however, it would be clear that the arms on the candlesticks were too closely spaced, and the heat of surrounding candles began deforming and twisting the whole waxy assembly. The candle convulsions multiplied nightly, candles bending toward and against each other or burning out prematurely, some to be resurrected by a polite neighbor who bent over and lent its fire. Finally, as if exhausted, the candles would collapse over each other leaving a multicolored heap of burning wax and wicks. My boys would inspect this nightly ballet with a mixture of awe and exuberance. Fingers pointing at intricate maneuvers, flashes of light, wax drops that dripped and splatted on the aluminum foil. Finally, they would just stare, like all children, quietly mesmerized by fire.

Terry and I also would stare mesmerized, not at the burning candles but at the glowing faces of our boys. The warmth of their excitement would radiate to us, and we would bask in it much more than in the glow of the fire. I realized at those special moments, that presents were being unwrapped even before the colorful boxes appeared from the closet.

The memories of this special time together as a family, when we sang together, when we wrestled for control of the helper candle, when we laughed at the gyrations of our tiny Hanukah candles, now echo through the room where a single Hanukiah now sits, memories that are a parent’s greatest gift. And, although the prayers seem less spirited, and we don’t sing those silly songs anymore, this lonely Hanukiah seems to me brighter than it should be, and I wonder if are also warmed by the light of three little Hanukiot being lit many miles away.