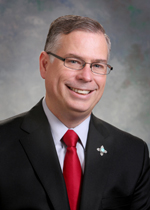 Sen. Daniel A. Ivey-Soto/Courtesy photo
SENATE News:
SANTA FE ― Monday, State Sen. Daniel A. Ivey-Soto pre-filed Senate Bill 72, the Public Accountability Act, which will significantly strengthen ethics enforcement across state and local government.
It creates a venue for the public to bring forward ethical concerns related to the conduct of public officials and the management of public dollars.
This legislation represents the most comprehensive ethics enforcement reform to be introduced in the state legislature. It provides ethics enforcement of the state executive branch, strengthens existing ethics laws in the judicial and legislative branches, and for the first time extends the same ethics enforcement to local governments throughout the state. In short, this bill ensures that all public officials are held to the highest levels of ethical conduct.
“This bill is aimed at restoring New Mexicans’ faith and confidence in every level and branch of our state’s government,” Ivey-Soto said. “As public servants we are accountable to the people we serve. Simply put, public service is a public trust and this legislation will dramatically improve the ethics process through which we protect that trust.”
The legislation will be co-sponsored in the House of Representatives by incoming State Representative Daymon Ely, an attorney whose legal practice is focused on ensuring that fellow attorneys uphold the proper standards of conduct when representing their clients.
“It’s time for the legislature to make a bold move to provide the accountability and transparency New Mexicans expect from their elected officials and public servants,” Representative-elect Ely said. “This legislation will hold our public officials accountable to the highest standards of ethical conduct.”
The legislation is supported by leading reform groups, including Common Cause New Mexico who awarded Ivey-Soto with their 2015 Best in Government Award.
“Citizens have been demanding a way to increase transparency at all levels of government and this gives them a one-stop shop to file complaints involving public officials across the state,” Common Cause New Mexico Executive Director Viki Harrison said. “This is an important step in rebuilding the public’s trust in both our political system and our elected officials after so many high-profile scandals. We look forward to working with Senator Ivey-Soto on this initiative.”
Key provisions of the legislation include:
Menu
LOS ALAMOS