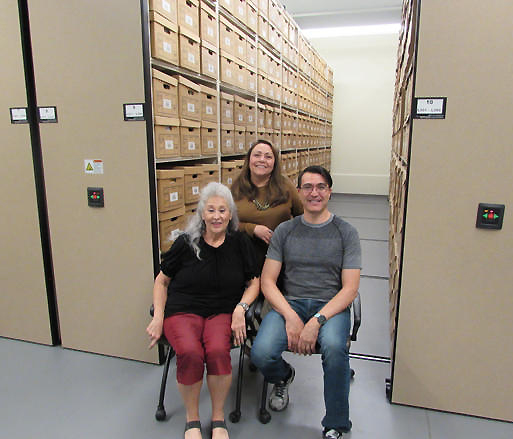 Sunshine Week wraps up today in New Mexico and across the nation. The annual event emphasizes the importance of open government and supports citizens’ participation and rights as critical parts of democracy. Although Sunshine Week concludes today, Los Alamos County strives to carry out its ideals throughout the year.

In September, the New Mexico Foundation for Open Government (FOG) released the findings of its audit on 49 municipalities. The audit evaluated compliance on open records requests and Los Alamos was among 20 municipalities that responded or supplied the requested documents the next day.

Requested records need to be supplied within 15 days in order to avoid penalty and under Record Information Management (RIM) Project Manager Barb Ricci, the County has never been penalized, she said.

This is an impressive feat, considering the number of requests for records has increased. Ricci said there was a 48 percent increase in requests from Fiscal Year 2015 to 2016. In Fiscal Year 2016, she said 506 requests were made. To date, that number has already been surpassed. Currently, 550 requests have been submitted.

“We get a vast amount of different requests,” Ricci said.

Still Ricci and her team are up to the challenge. “I think you have a group of individuals who are passionate about this field and who provide excellent service when it is needed,” Ricci said, adding that they are able to respond to requests quickly because of the system that was set up. It’s a system that has greatly evolved since Ricci began working at the County. Taped on the record room’s doors are photographs of County records prior to 2009. Records were stored in boxes stacked haphazardly in towers.

It’s a different story now. The records room is filled with floor to ceiling rolling shelves, which neatly store boxes of records. Pulling a box out, Ricci showed that labels are placed on the box lids to identify what is in each box. “We have it all organized down to the file,” she said. “We have it all tracked by a database.” She explained the staff can conduct a full text search for a record in a database.

Getting the records system to where it is today wasn’t easy. Ricci said staff was under a time constraint due to the old municipal building being slated for demolition; plus, it was necessary “to teach and educate the staff and temps to try to identify which records needed to be properly disposed and which had to be retained. RIM now maintains a huge database that tracks all records within custody for ease in retrieval and access to meet public needs,” Ricci said. It is a system that is continuing to progress. Ricci said work is underway to make records electronic.

“Currently RIM has a RFI (request for information) on an electronic document records management system to help us manage electronic records, which would support our retention schedule and meet requirements mandated by state and federal rules,” Ricci said.

A request for a record can be made online at http://www.losalamosnm.us/gov/Pages/InspectPublicRecords.aspx.

Ricci recommends making the request as specific as possible. “The bottom line is we too agree in the FOG’s policy in being transparent and providing a record if it exists and that is the reason why we are so successful and we intend to do the same with electronic records,” she said.