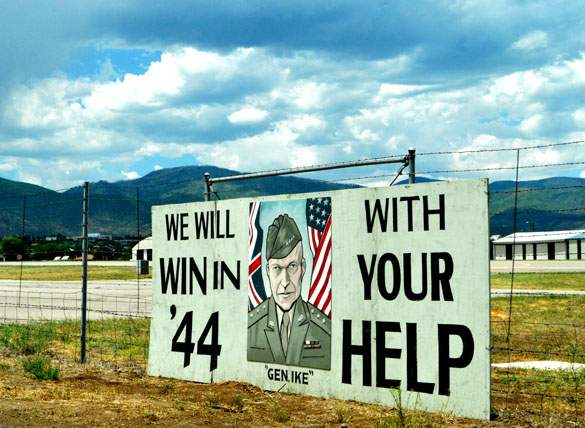 The Los Alamos area is beginning to look a lot like ScienceFest with signs cropping up from the 1940s such as this one on dispay today on the fence along the Los Alamos County Airport. Photo by Carol A. Clark/ladailypost.com 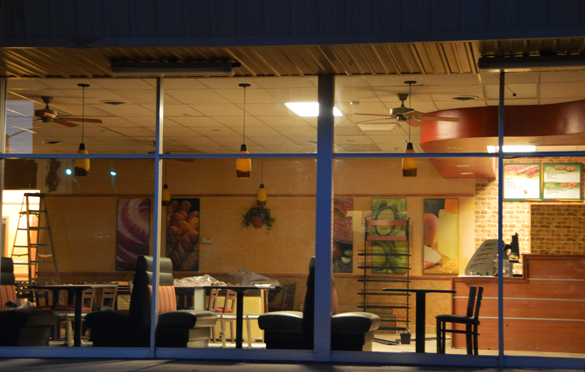 This Combined Operations sign is on display today on the fence along the Los Alamos County Airport. Photo by Carol A. Clark/ladailypost.com

Historic Building Tour
• Open 10a to 3p – Visit the WAC housing facility as it was in the Manhattan Era.
Where: 1725 17th Street
Event cost: FREE

Los Alamos Spy Tours  by Buffalo Tours (by bus)
• 1:30p – Georgia Strickfaden will offer her Atomic City Van Tour. Tour the community spawned by the secret Manhattan Project during WWII, and peek at today’s Los Alamos National Laboratory with a native Los Alamos guide. The comfortable van tours are rich in history, archaeology, geology, and scenery. On the 1-1/2 hour tour, get to know Los Alamos, where discoveries are made! Hear the story of the volcanic Jemez Mountains and Pajarito Plateau; from the ancient inhabitants to the world-renowned Los Alamos National Laboratory.  See where World War II scientists lived, worked, and played during the top secret Manhattan Project.  Discover our recreational and cultural treasures.
Where: Bradbury Science Museum (outside building in yellow tour van), 1350 Central Avenue
Event cost: $15/person, kids half price accompanied by adult fare.

Los Alamos Little Theater Presents: Spies
• 1p & 3p – In a hilarious 10-minute show for all ages, two ridiculous individuals meet and try to figure out if the other is a spy. Convinced they are enemies, they try to one-up each other with absurd actions and fighting. That is until they release their most secret spy weapon: the most unbelievable staring contest you will ever witness. Starring Gwen Lewis and Kate Ramsey. Directed by Paul Lewis. Spies is presented by the Pajarito Players.
Where: Los Alamos Little Theatre, 1670 Nectar Street
Event cost: Admission is FREE, but donations are accepted.
Please stay after the show for spy-themed goodies!

Projecting Particles Lab presented by Trinity Urgent Care
• 2p to 6p Artist Agnes Chavez will lead this workshop which will explore how to create a live projection art performance using an iPad app called Tagtool. Participants ages 14-18 will learn about particle physics concepts, and how 20th century physics theories are expanding our understanding of who we are and where we come from.  The students will work in teams over the course of a 2-day workshop to storyboard, design and perform the projection installation(s) which will be presented on Friday evening during the Summer Concert Series. Sponsored by Trinity Urgent Care. Pre-registration required through the Los Alamos Teen Center.
Where: Los Alamos Teen Center, 475 20th Street
Event cost: FREE

Interactive Panel Discussion: Espionage
• 3:30p to 5:30p – This riveting talk will cover perspectives from the Laboratory, KGB and Santa Fe, followed by an interactive panel discussion that will take your questions. “There were three, known spies at Los Alamos during the Manhattan Project.  The Project Y Spies introduces each of these men, explores their motivations, and examines the consequences of their treachery.” Speakers: Alan Carr and Ellen Bradbury Reid. Alan Carr currently serves as the LANL Historian. Ellen Bradbury Reid moved to Los Alamos in the summer of 1944 when her father was hired by Norris Bradbury to work in the high explosives division. Ellen Wilder married John Bradbury and then eventually married Ed Reid. Her perspective is unique as she grew up in Los Alamos and currently lives in Santa Fe, New Mexico. Ellen also will lead guided spy tours around the Plaza in Santa Fe on Friday and Saturday July 15 and 16 at 1pm.
Where: Fuller Lodge, 2132 Central Avenue
Event cost: FREE 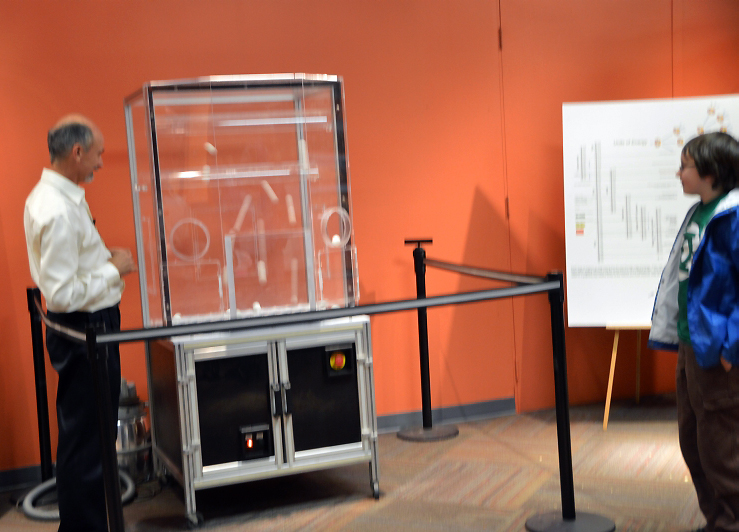 This banner is on display near the Central Avenue/Trinity Drive area. Photo by Carol A. Clark/ladailypost.com 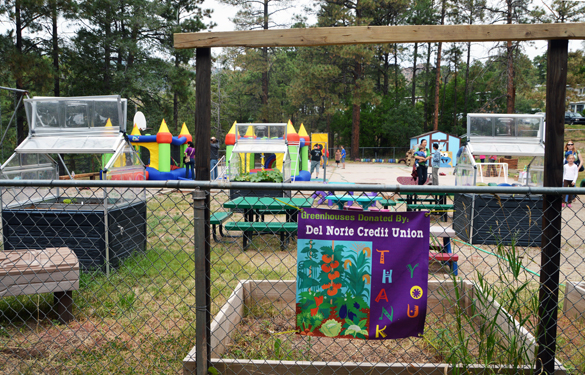 This special event sign lets motorists know to be on the alert for activitiy in the area. Photo by Carol A. Clark/ladailypost.com 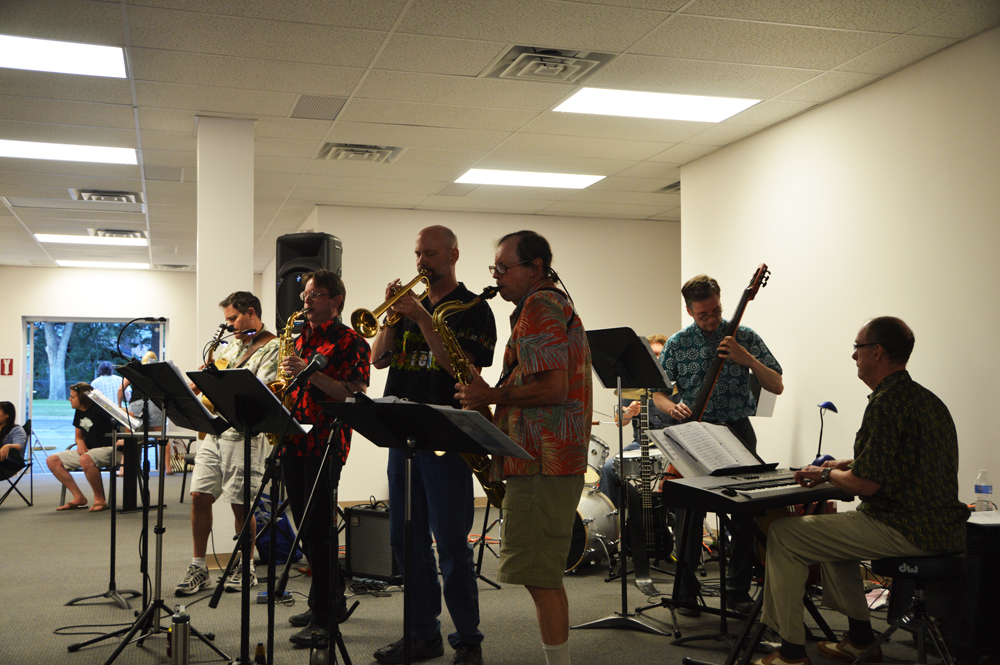 Some 10,000 people are expected to attend this year’s ScienceFest, which runs through Sunday in Los Alamos, and traffic signs are up near Central Avenue and Trinity Drive. Photo by Carol A. Clark/ladailypost.com 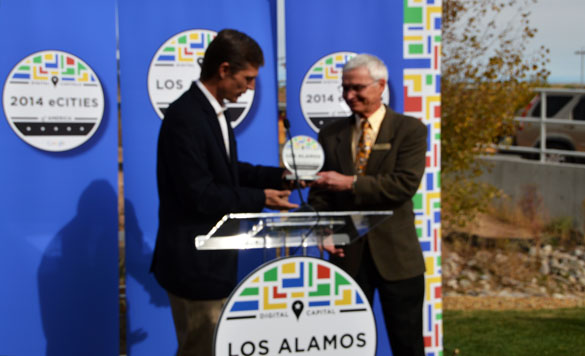 Signs direct ScienceFest traffic to take Central Avenue to get to where all the action is. Photo by Carol A. Clark/ladailypost.com 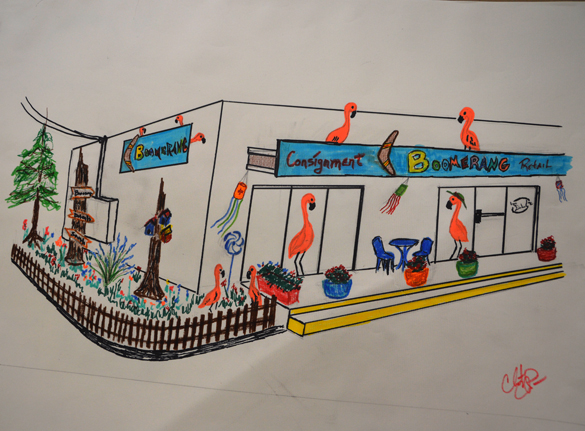 SceienceFest event tents are up at Ashley Pond Park. The Summer Concert featuring RUNA starts at 7 p.m. today at the Pond. Photo by Carol A. Clark/ladailypost.com