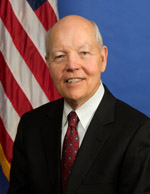 PHOENIX – The Internal Revenue Service (IRS) today said avoiding taxes by hiding money or assets in unreported offshore accounts remains on its annual list of tax scams known as the “Dirty Dozen” for the 2015 filing season.

“The recent string of successful enforcement actions against offshore tax cheats and the financial organizations that help them shows that it’s a bad bet to hide money and income offshore,” IRS Commissioner John Koskinen said. “Taxpayers are best served by coming in voluntarily and getting their taxes and filing requirements in order.”

Since the first Offshore Voluntary Disclosure Program (OVDP) opened in 2009, there have been more than 50,000 disclosures and we have collected more than $7 billion from this initiative alone.  The IRS conducted thousands of offshore-related civil audits that have produced tens of millions of dollars. The IRS also has pursued criminal charges leading to billions of dollars in criminal fines and restitutions.

The IRS remains committed to our priority efforts to stop offshore tax evasion wherever it occurs. Even though the IRS has faced several years of budget reductions, the IRS continues to pursue cases in all parts of the world, regardless of whether the person hiding money overseas chooses a bank with no offices on U.S. soil.

Through the years, offshore accounts have been used to lure taxpayers into scams and schemes.

Compiled annually, the “Dirty Dozen” lists a variety of common scams that taxpayers may encounter anytime, but many of these schemes peak during filing season as people prepare their returns or hire people to help with their taxes.

Illegal scams can lead to significant penalties and interest and possible criminal prosecution. IRS Criminal Investigation works closely with the Department of Justice (DOJ) to shut down scams and prosecute the criminals behind them.

Over the years, numerous individuals have been identified as evading U.S. taxes by hiding income in offshore banks, brokerage accounts or nominee entities and then using debit cards, credit cards or wire transfers to access the funds. Others have employed foreign trusts, employee-leasing schemes, private annuities or insurance plans for the same purpose.

The IRS uses information gained from its investigations to pursue taxpayers with undeclared accounts, as well as the banks and bankers suspected of helping clients hide their assets overseas. The IRS works closely with the Department of Justice (DOJ) to prosecute tax evasion cases.

Since 2009, tens of thousands of individuals have come forward voluntarily to disclose their foreign financial accounts, taking advantage of special opportunities to comply with the U.S. tax system and resolve their tax obligations. And, with new foreign account reporting requirements being phased in over the next few years, hiding income offshore is increasingly more difficult.

At the beginning of 2012, the IRS reopened the Offshore Voluntary Disclosure Program (OVDP) following continued strong interest from taxpayers and tax practitioners after the closure of the 2011 and 2009 programs. This program will be open for an indefinite period until otherwise announced.