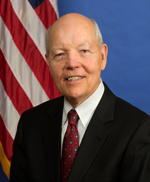 PHOENIX – The Internal Revenue Service has announced the adoption of a “Taxpayer Bill of Rights” that will become a cornerstone document to provide the nation’s taxpayers with a better understanding of their rights.

The Taxpayer Bill of Rights takes the multiple existing rights embedded in the tax code and groups them into 10 broad categories, making them more visible and easier for taxpayers to find on IRS.gov.

Publication 1, “Your Rights as a Taxpayer,” has been updated with the 10 rights and will be sent to millions of taxpayers this year when they receive IRS notices on issues ranging from audits to collection. The rights will also be publicly visible in all IRS facilities for taxpayers and employees to see.

“The Taxpayer Bill of Rights contains fundamental information to help taxpayers,” IRS Commissioner John A. Koskinen said. “These are core concepts about which taxpayers should be aware. Respecting taxpayer rights continues to be a top priority for IRS employees, and the new Taxpayer Bill of Rights summarizes these important protections in a clearer, more understandable format than ever before.”

“Congress has passed multiple pieces of legislation with the title of ‘Taxpayer Bill of Rights,’” Olson said. “However, taxpayer surveys conducted by my office have found that most taxpayers do not believe they have rights before the IRS and even fewer can name their rights. I believe the list of core taxpayer rights the IRS is announcing today will help taxpayers better understand their rights in dealing with the tax system.”

The tax code includes numerous taxpayer rights, but they are scattered throughout the code, making it difficult for people to track and understand. Similar to the U.S. Constitution’s Bill of Rights, the Taxpayer Bill of Rights contains 10 provisions:

The timing of the updated Publication 1 with the Taxpayer Bill of Rights is critical because the IRS is in the peak of its correspondence mailing season as taxpayers start to receive follow-up correspondence from the 2014 filing season. The publication initially will be available in English and Spanish, and updated versions will soon be available in Chinese, Korean, Russian and Vietnamese.

The IRS has also created a special section of IRS.gov to highlight the 10 rights. The web site will continue to be updated with information as it becomes available, and taxpayers will be able to easily find the Bill of Rights from the front page. The IRS internal web site for employees is adding a special section so people inside the IRS have easy access as well.

As part of this effort, the IRS will add posters and signs in coming months to its public offices so taxpayers visiting the IRS can easily see and read the information.

“This information is critically important for taxpayers to read and understand,” Koskinen said. “We encourage people to take a moment to read the Taxpayer Bill of Rights, especially when they are interacting with the IRS. While these rights have always been there for taxpayers, we think the time is right to highlight and showcase these rights for people to plainly see.”

“I also want to emphasize that the concept of taxpayer rights is not a new one for IRS employees; they embrace it in their work every day,” he said. “But our establishment of the Taxpayer Bill of Rights is also a clear reminder that all of the IRS takes seriously our responsibility to treat taxpayers fairly. The Taxpayer Bill of Rights will serve as an important education tool, and we plan to highlight it in many different forums and venues.”