Inside Look At Jemez Mountain Fire Center At TA-49 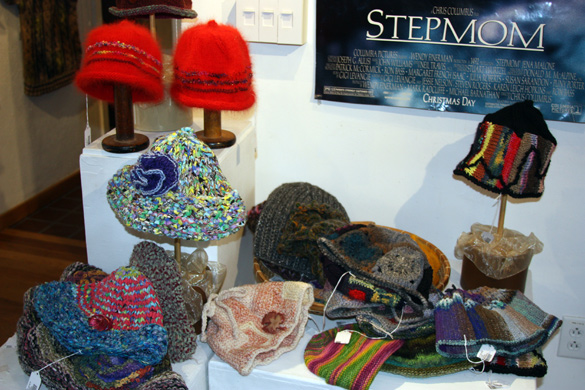 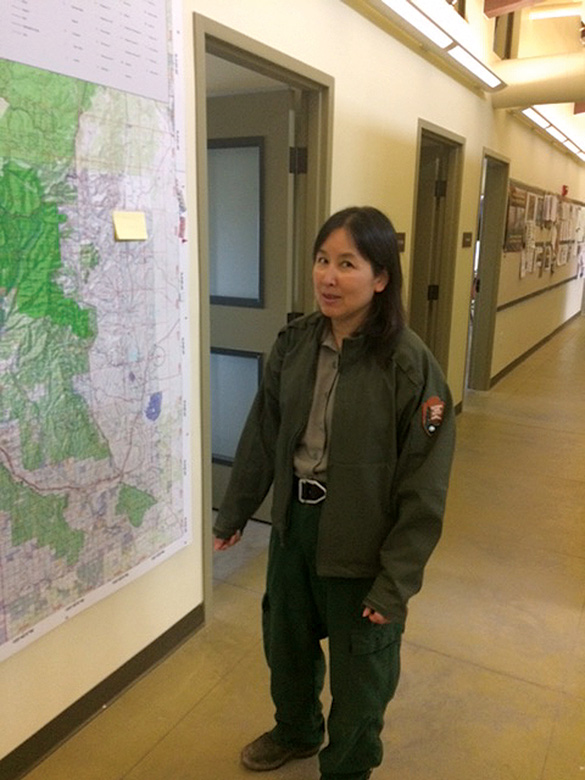 It may seem as though her position carries an incredible amount of responsibility, but Rodgers is more interested in talking about the other folks who work at the East Jemez Interagency Fire Center than about herself.

Rodgers has worked in wildland fire management for more than 20 years and has extensive experience in both fuels management and fire suppression. Most of her career has been spent with the National Park Service, but she also spent four years with the Valles Caldera Trust before it became a National Park unit.

The Jemez Mountain Fire Center is located at Technical Area 49 on State Road 4, about three miles west of the entrance to Bandelier National Monument, on the southern boundary of Los Alamos National Laboratory (LANL). The Center is an interagency initiative between the U.S. Forest Service, the National Park Service and LANL.

Brian Kliesen is the supervisor of the Santa Fe National Forest Helitack Crew based at the Center. A combat field medic with the U.S. Army Reserve, he came to New Mexico in 2003 from Inyo National Forest in Independence, Calif.

Helitack crews are wildland fires suppression crews specializing in helicopter operations. Helitack firefighters are delivered to fires via helicopter and suppress wildfires with hand tools and chainsaws. Kliesen gets animated when he shows off the Bell 407 helicopter have contracted for this year.

He said the helicopter is very utilitarian with lighter construction than passenger helicopters so it can reach the higher elevations in the Carson and Santa Fe National Forests and carry more cargo.

The aircraft has a hook on the bottom which can carry a 144-gallon bucket. The Center has a 23,000-gallon dip tank. The Bell 407 carries the pilot and the fire manager in the front seats plus two firefighters and their gear, as well as drinking water, chainsaws and tools. It can carry water and cargo externally and can fly into higher and tighter spots than regular ships. It has a cruising speed of about 150 miles per hour. Helicopter Mechanic Evan Welsch is on hand to keep everything working safely.
Kliesen said the helicopter, Pilot Chris Brinkley and Mechanic Evan Welsch are on contract to the Center until July 15 but will go to Flathead, Mont., for a while before possibly returning to New Mexico.

Welsch gained notoriety last July when a photo he snapped of a bear hitching a ride on a garbage truck went viral nationwide.

Kliesen says the firefighters carry a 35-pound pack with everything they need to be self-sufficient for 24 hours including a fire shelter and a gallon of water. They receive training at the Center including fire weather training, spot weather forecasting and safety procedures. They also do project work around the forests such as cutting down trees, prescribed burn work and fire suppression.

“If you don’t know what the weather is doing, you won’t know what the fire is going to do,” Kliesen said. Weather information gathered at the Center is sent to the National Weather Service in Albuquerque and The Weather Machine at LANL so that they can issue specific forecasts.

Assistant Fire Management Officer Fabian Montano has been at the Center for nine months after relocating from Roseberg, Ore. Montano is not new to New Mexico, having spent 10 years working for the Gila National Forest.

The Center has a Type 6 fire truck on site which Rodgers says works very well for getting to the locations of wildland fires in the area. Type 6 trucks usually have a 150 to 400-gallon tank, 300 feet of one-and-a-half-inch hose, 300 feet of one-inch hose and require a minimum crew of two.

A utility task vehicle fitted with an agricultural spray unit is used for small fires. Supplies and equipment for 20 firefighters are kept at the site.