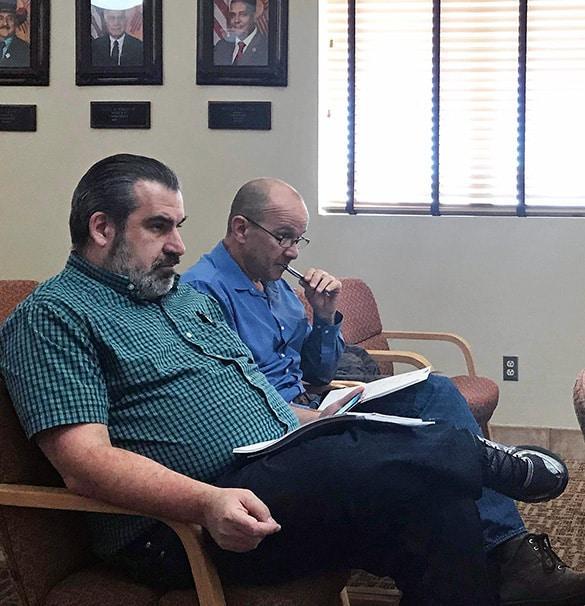 A 38-page investigative report with hundreds of pages of back-up documentation was released Thursday to Los Alamos County officials by the law firm of Adams + Crow. The law firm was hired by the County in March as a result of an ethics investigation request made by Councilor Susan O’Leary and former Councilor James Chrobocinski.

The law firm was initially hired under a $30,000 contract to investigate allegations of improprieties of the Regional Coalition of LANL Communities (RCLC) and what, if any, role Los Alamos County had in requests for reimbursement submitted by former RCLC Executive Director Andrea Romero and her company, Andrea Romero Consulting, LLC (ARC) during the period March 2016 through March 2018.

In June, Adams + Crow asked the County Council for an additional $20,000 to complete its investigation. At that time attorney Alana DeYoung told the Council that Adams + Crow “had not found any evidence that there was knowing violation” of the three areas being investigated. However, the report issued Thursday contains extensive findings and conclusions that do not reflect well on the County.

Adams + Crow initially performed an investigation into the history of the RCLC itself because during preliminary interviews with County officials and RCLC representatives, they were “confused” as to the type of entity RCLC constitutes. The investigation then turned to the nature of the expenditures and reimbursements made under applicable policies and laws and determined that violations had occurred.

Although designated under the Joint Powers Agreement that established the County simply as “fiscal agent”, the report indicates that through its conduct over time, the County assumed a greater fiduciary duty to the RCLC as a matter of practice. It states that there are instances when the County and its employees performed duties assigned to the RCLC treasurer/secretary such as reviewing receipts and disbursements, preparing and presenting RCLC’s financial statements, recommending the RCLC board enter into services agreements, preparing and amending travel and expense policies and conducting informal audits.

“The ambiguous role of the County was found to have contributed to uncertainty or ‘confusion’ by County officials and employees, as well as RCLC and ARC, allowing impermissible expenditures and reimbursements to occur,” the report states. “This ‘confusion’, however, was avoidable and could/should have been addressed much earlier in the five+ years of the RCLC’s existence given the number of educated and sophisticated people working with the County including elected County Councilors who served on the RCLC board and sometimes as treasurer.”

The report confirms in two areas that Adams + Crow did not find any documented “admissions” by County officials or employees of a concerted effort to mislead or conceal anything but confirmed that it found from a non-technical perspective “defective infrastructure that allowed multiple informed and educated County officials and employees to rely on a purported history of ‘confusion’ that led to careless and possibly reckless use of public money”.

County officials and employees were recipients/beneficiaries of meals and entertainment that violated applicable RCLC policies as well as state law, the report states, adding that after the County was alerted to possible misconduct through an IPRA request by NNM Protects, “the County attempted to correct deficiencies arising from the ill-defined practices regarding RCLC’s  governance, policies and activities”.

“These attempts to ‘fix it’ include, but are not limited to, post hoc recharacterization of money already reimbursed to ARC as well as an attempt to amend RCLC’s travel policy to not only allow the type of impermissible reimbursements that had already been made to ARC (and recharacterized during the attempt to ‘fix it’) but more concerning, to exempt ARC from being subject to the travel policy altogether. In this way, the County’s attempts to ‘fix it’ would have purportedly allowed the ‘independent contractor’ serving as RCLC’s executive director to do what an employee of RCLC could never do, i.e., to circumvent the law,” the report states.

Adams + Crow concludes in its report that the County’s “corrective” efforts not only reflect poorly on County officials and employees but may constitute efforts to intentionally mislead others and/or conceal misconduct.

“Because, through this investigation, we did not have subpoena power or the authority to place witnesses under oath, we cannot opine with legal certainty on the subjective intent of each respective County employee or official involved in these attempts,” the report states.

Although Romero recently said that as soon as she became aware of errors with requests for reimbursement she submitted, she made immediate repayment, the report finds that there was documentation that ARC was aware of the RCLC’s travel policy and its restrictions at the time the ARC agreement was made in March 2016.

The report addresses guidance sought from the Office of the State Auditor in 2013 as to whether or not the RCLC should be included in the County’s Tier Five Audit. It alleges Deputy County Manager Steve Lynne was notified that the RCLC as a local public body was required to obtain its own tier system audits from an independent public accountant but that Lynne advised the RCLC in an August 2017 board meeting that RCLC was not subject to the Audit Act.

The report notes that the RCLC’s travel policy deviates significantly from the Per Diem and Mileage Act regulations. It states that almost all of RCLC’s administrative, travel and operating expenses were incurred by ARC on behalf of the RCLC and that with the exception of a reimbursement to the City of Santa Fe, all impermissible reimbursements identified in the review period were incurred by ARC as a private contractor. It states that ARC requested reimbursement for a total of $34,268.84 in expenses during the review period, none of which appear to have been denied by the County.

The report says several unconventional reimbursement practices by ARC and RCLC were discovered during the investigation adding that the “circuitous route taken to pay and request reimbursement appears to have been undertaken in some cases to circumvent necessary approvals”. It states that the County minimized the appearance of impropriety by taking the total amount of reimbursement to ARC during the period under review (roughly $29,000) and from that number subtracted what the County considered to be clearly impermissible expenses (about $5,000).

“This step of the County audit conducted in February shows ARC was over-reimbursed by about $5,000. Rather than demand repayment by ARC for that amount however, the County developed an ‘offset’ credit for Ms. Romero by allocating for each travel day a per diem credit as the max rate allowable ($2,800). In the County’s assessment then, this resulted in a conclusion that ARC had only been improperly reimbursed about $2,200,” the report states. “The County then sought to resolve the situation by requesting reimbursement from ARC in that amount. Although ARC did in fact make the reimbursement, the amount due was lowered after the County made another correction to its math.”

The report notes that rather than RCLC addressing allegations of impropriety, the County performed that internal audit.

“This activity begs the question of why the County felt responsible to analyze and account for the ARC reimbursements. If the County was only acting as ‘the bank’ ARC should have taken responsibility to address the allegations,” the report states. It adds that ARC did not dispute the County’s authority to conduct the internal audit or make a demand for repayment and that ARC repaid the amount ultimately identified by the County.

“Los Alamos County has been working for several months with board members of the Regional Coalition to address the concerns outlined in the recent audit, as has been discussed and documented in recent Coalition and County Council meetings. I concur with the findings outlined in the Adams + Crow report that inadequate, unclear or lacking policies and audits within the Coalition structure must be addressed and remedied, however at the same time I do not believe that every finding in this document accurately represents the events that occurred.  Where deficiencies have been identified, both myself and my staff will work with the board to strengthen RCLC accounting practices, procedures and internal controls – in fact the recently signed contract with the new executive director excludes the potential for many of the noted issues to recur.

“I personally disagree with implications by representatives of Adams + Crow that County employees or elected officials intentionally misled or attempted to conceal any wrong-doing. While a lack of policies, understanding of the Joint Powers Agreement structure, and inadequate oversight of Coalition spending might have occurred, our County staff are held to the highest level of integrity, as evidenced in dozens of State financial audits resulting in No Significant Findings through the years. In addition, it was County staff that brought substance to concerns raised – in a very transparent manner – by providing initial findings of specifically prohibited expenses in an Internal Review which led to further investigations and built the framework of a special audit of the Coalition by the Office of the State Auditor.

“Through these last few years, the Coalition’s efforts have addressed LANL funding shortfalls and environmental clean-up concerns effectively with our state and federal delegations. I continue to believe that the Coalition provides a unified voice in representing Northern New Mexico communities and its largest employer, Los Alamos National Laboratory. With that being said, transparency and accountability are essential to the success of the Coalition, and we will work diligently to regain the public’s trust as their fiscal agent moving forward.”