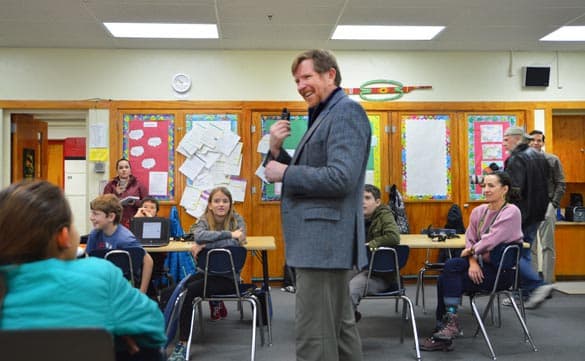 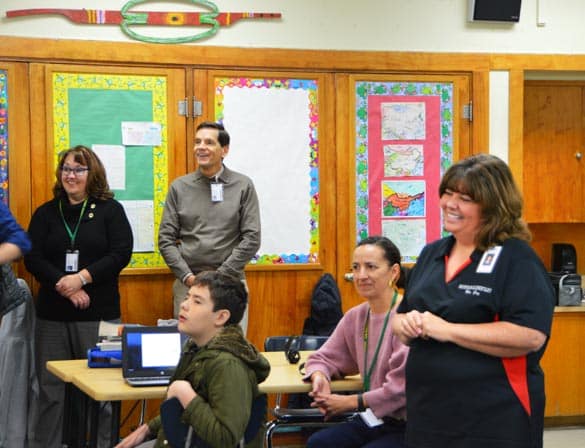 Wallace asked the 6th grade students how many have written code and several hands went up.

“You guys are the ones who will make all the difference in the future,” he told them. “Nobody does any science now without code … or any weather or any traffic signals.”

Wallace joked about the fact that he went to Aspen rather than Mountain and mentioned how great Aspen is. He brought with him a piece of black onyx and told the kids all about it and commented on the fact that it was 1.1426 billion years old. He then asked the kids if they knew why he knew all that information … a student raised her hand and answered, “Because you went to Aspen” to which Wallace broke out laughing with sheer delight.

The “Hour of Code” is a global movement reaching tens of millions of students in more than 180 countries and coincides with Computer Science Education Week. According to its website, the “Hour of Code” started as a one-hour introduction to computer science, designed to demystify “code”, to show that anybody can learn the basics, and to broaden participation in the field of computer science. It has since become a worldwide effort to celebrate computer science, starting with one-hour coding activities but expanding to all sorts of community efforts.

The goal of the “Hour of Code” is not to teach anybody to become an expert computer scientist in one hour. One hour is only enough to learn that computer science is fun and creative, that it is accessible at all ages, for all students, regardless of background. The measure of success of this campaign is not in how much CS students learn – the success is reflected in broad participation across gender and ethnic and socioeconomic groups, and the resulting increase in enrollment and participation we see in CS courses at all grade levels.

Besides the students, another “learner” is the educator who gains the confidence after one hour that they can teach computer science even though they may not have a college degree as a computer scientist. Tens of thousands of teachers decide to pursue computer science further, either attending PD or offering follow-on online courses, or both. And this applies to school administrators, too, who realize that computer science is something their students want and their teachers are capable of. 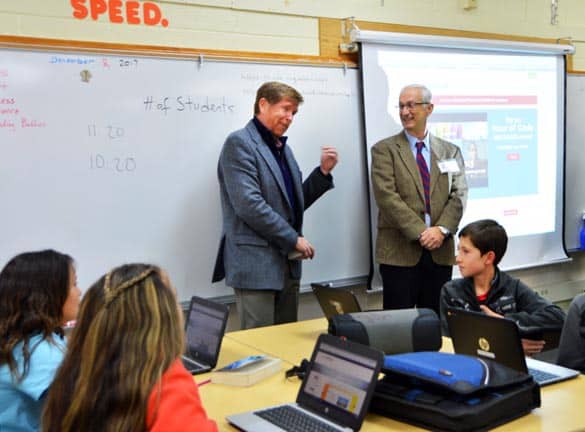 Incoming LANL Director Terry Wallace, left, with Dr. Cetin Unal who is a volunteer and teaches advanced math and algebra to GATE students. Photo by Carol A. Clark/ladailypost.com 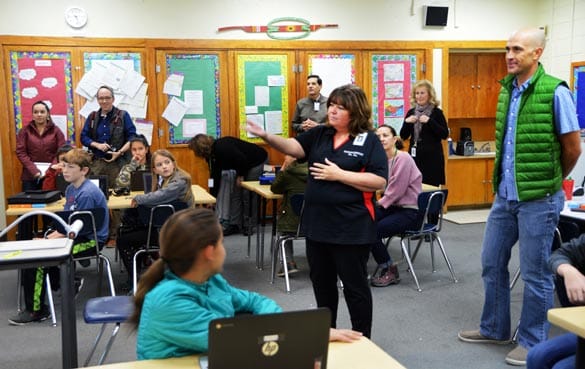 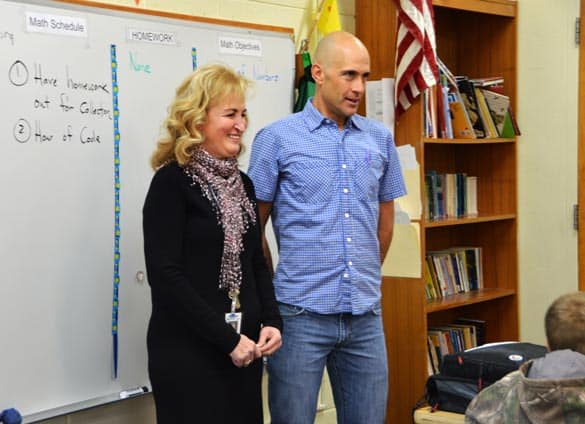 Mountain GATE teacher Zeynep Unal and 6th grade math teacher Brett Hawkins. Unal organized the ‘Hour of Code’ schedule this year and worked with David Kratzer at LANL to ensure the program had plenty of lab volunteers to work with the students. Photo by Carol A. Clark/ladailypost.com 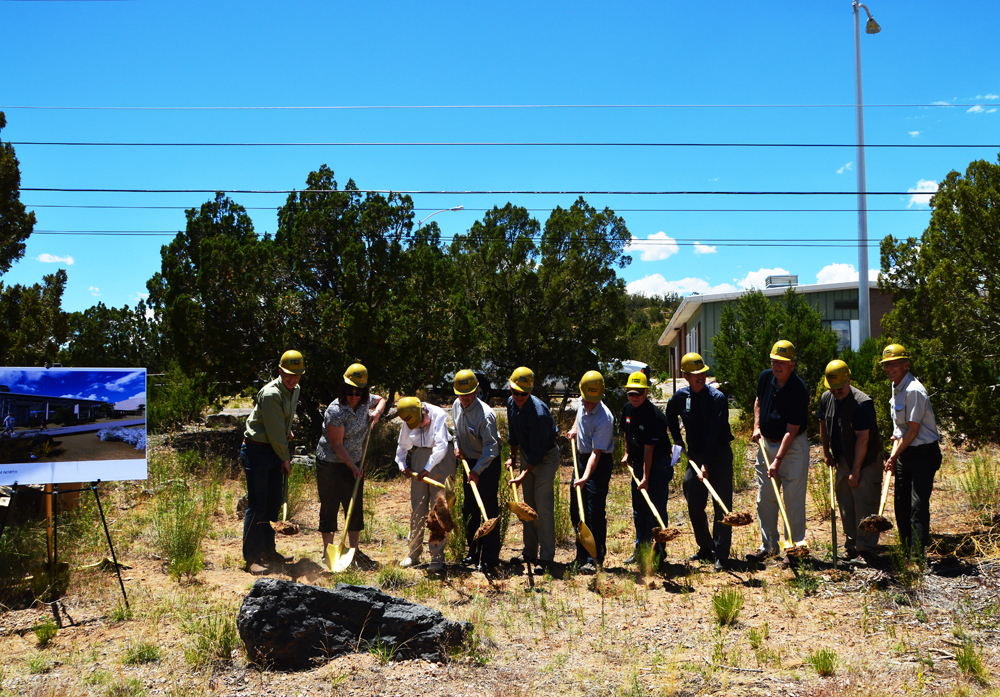 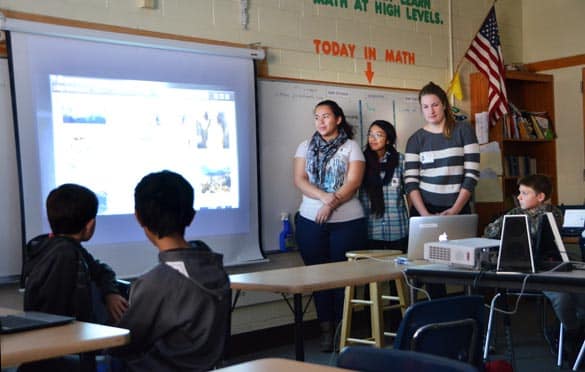