If There’s A Gene For Skiing, Los Alamos Folks Have It! 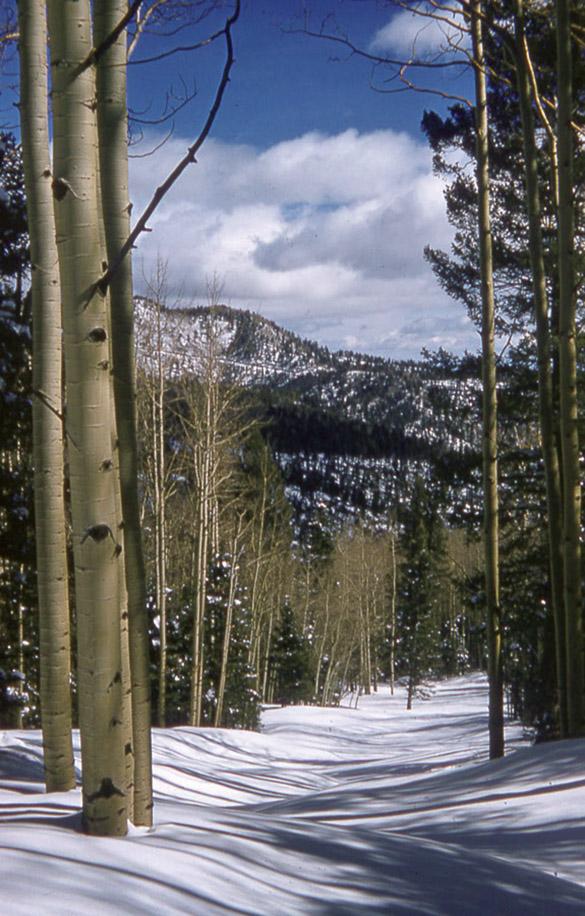 Skiing is one of those activities that seems to permeate the DNA of Los Alamos people. From the days of the Ranch School to today’s competitive ski team, thousands of locals have enjoyed hitting the nearby slopes.

According to John Wirth and Linda Aldrich in Los Alamos: The Ranch School Years, “Skiing was practiced at Los Alamos from the start, well before the modern sport caught on nationally… A favorite pastime was ‘skijoring,’ whereby a boy on skis holding a rope was pulled along snow-covered fields by a galloping horse and rider.

Skiing gradually grew in popularity at Los Alamos, but not until the mid-thirties were downhill trails cut above Camp May on Pajarito Mountain and a ski hill development southwest of the school at Sawyer’s Hill.”

In 2003, the Los Alamos Historical Society published a book on the long, popular history of skiing in the area. Just Crazy to Ski by Deanna Morgan Kirby provides more details on those early days. She writes that by 1938 skiing was so popular that Hup Wallis, one of the Ranch School masters, cleared a new area on Sawyers Hill, accessible by what was then a dirt road into the Valle Grande.

This allowed the boys to ski every weekend, and part of the pleasure lay in being allowed to wear long pants, since they wore shorts all the time—even playing hockey on Ashley Pond.

In those days, the ski hill had to be climbed for each descent, but occasionally a truck hauled the students farther up the dirt road for an easier trip.

When the U.S. Army took over the area for the Manhattan Project, many avid skiers from Europe and the United States soon arrived in Los Alamos. They organized a ski club in November 1943, and the following summer work parties improved the runs on Sawyer’s Hill.

Three GIs volunteered to design, build, and operate a tow for $400. John Rogers recalls getting a Chrysler engine from an Albuquerque junkyard and a rope from a defunct circus. The GIs had never seen a tow before, but they devised one anyway, and on Dec. 24, 1944, Sawyer’s Hill opened for business.

Dues for the season were $7.50 per person. The ski area remained on Sawyer’s Hill through 1956.

Pajarito Mountain, closer to town and 1,500 feet higher than Sawyer’s Hill, offered a better skiing experience with more snow and longer runs, but the rutted jeep track that led to Pajarito made access difficult.

After the Ski Club voted to move in 1957, Los Alamos County Council provided funding to improve the road.

According to George Lawrence, former president of the Los Alamos Ski Club, the first few years on Pajarito were focused on developing the slopes. Volunteer hours worth an estimated 50 years—yes, 50 years!—went into improving the ski area from 1957-1997.

The slope names, so well known and loved by so many—Daisy Mae, I Don’t Care, Ever Shine Ridge—were usually named by the volunteers who cut them.

The first chair lift was constructed on Pajarito in 1969, and the current cozy lodge was built, mostly by volunteer labor, in the late 1980s.

With the good snow years of the late 80s and early 90s, membership in the Los Alamos Ski Club peaked at 4,300 in 1992. However, many disappointing snow years recently have meant declining membership and declining revenues.

In 2014, the ski club voted to transfer ownership of the ski area to the management group that owns and operates Sipapu, Purgatory and the Arizona Snow Bowl. The ski club remains active on the mountain.

As of Dec. 13, Pajarito Mountain Ski Area reports a base of 15 inches and expected to open Dec. 21, however warm temperatures since then have delayed the opening.

The Los Alamo Ski Club is searching for old photographs, especially color ones and a shot of the old T-bar taken from the top of the slope. Anyone with information can contact the club through its Facebook page, Los Alamos Ski Club – Pajarito Mountain. 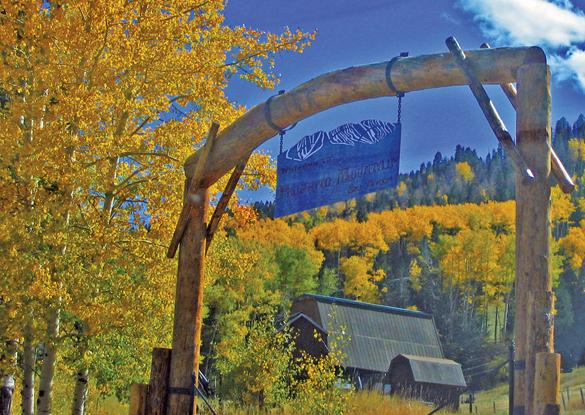 Through many decades Los Alamos Ski Club volunteers made Pajarito Mountain Ski Area what it is today—great skiing in a beautiful setting. Photo by Hedy Dunn