Humana Athlete Of The Month: Inez Ross Of Los Alamos 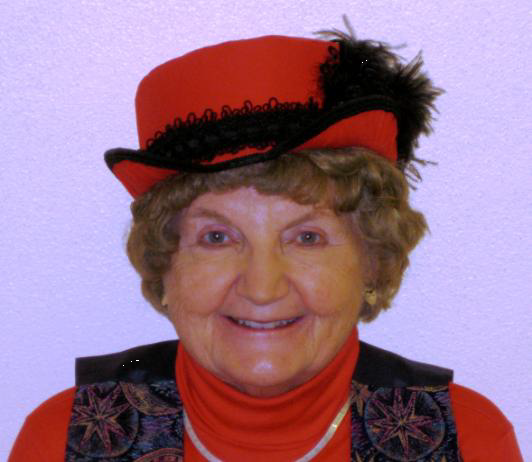 Inez Ross of Los Alamos is a self-described “wild and crazy 84-year-old retired teacher, writer, jogger, star gazer, tap dancer and ukulele player” who enjoys traveling to state and national senior games with fellow runner Carolyn Robinson of Santa Fe. Ross trains for the 5K by jogging up and down the streets of Los Alamos.

New Mexico Senior Olympics offers talent as well as sport competitions, and Ross performs dramatic readings by dressing in period costume and addressing a six foot mannequin bearing the face of Kit Carson or sometimes Jane Austen’s Mr. Darcy. She also does a three-minute Vaudeville routine with her sister Lois on their annual book signing tour around her home state of Michigan.

So people know to expect the unexpected from Ross, but when she decided to hike the length of the old Santa Fe Trail when she was 66, more than a few eyebrows were still raised.

“What began as a lark became a serious undertaking, but we didn’t realize that at first,” Ross said. “When the 1996 Olympic Torch Relay route bypassed New Mexico entirely, the Albuquerque newspaper joked that we New Mexicans should have our own torch relay up the Santa Fe Trail to meet the flame in Kansas. Well I thought, forget the Olympics, why not hike the whole trail?'”

Ross and Robinson, along with three other women, hiked in segments until they completed the entire 875 mile Santa Fe Trail on the Cimarron Route from Santa Fe to Franklin, Ms., over a period of eight years. The hikers had to deal with heat, dust, bugs and snakes. Parts of the trail were eroded or ploughed under and only existed on old maps, but other segments still revealed old trail and battlefield markers, wagon ruts and remnants of cabins and outposts long abandoned. At times the women found themselves crawling under barbed wire fences.

As “Trail Boss” Ross recorded their adventures, the song they composed, and the photos they took in a book titled Without A Wagon. The prolific author of several novels is currently turning her ninth book Blaize Castle into a screenplay while looking forward to going to Minnesota to compete in the 2015 National Senior Games Presented by Humana.

“I will be in a new age group, so that encourages my competitive spirit,” she said.