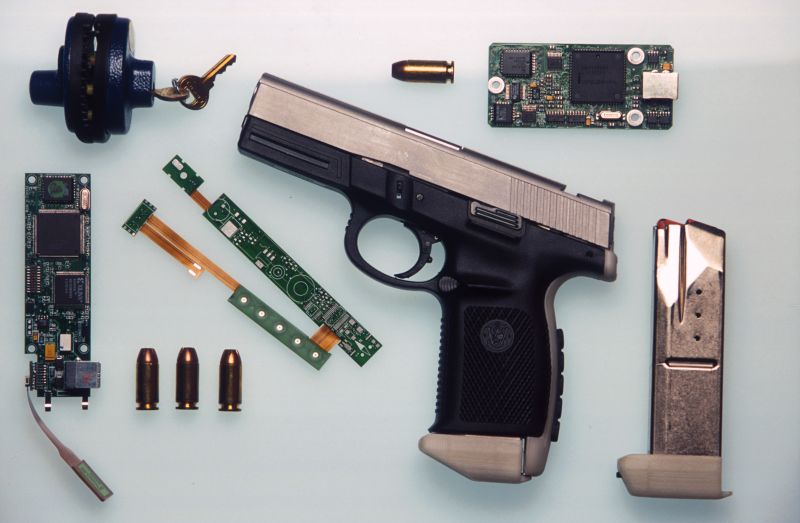 Absent from the meeting were gun-rights advocate, gun manufacturers, or organizations such as the National Rifle Association (NRA), but attendees and the panelists did discuss the issue of how smart-gun technology may be viewed with the Second Amendment in mind.

At the event, hosted by the Washington Technology Industry Association, New Jersey State Senate Majority Leader Loretta Weinberg, the author of her state’s Childproof Handgun Law, reiterated the benefits of a smart handgun. “What gun owner wouldn’t want a gun that, if it got into hands of a child, would be rendered inoperable?” Weinberg asked. She noted that thousands of American children and teens go to emergency rooms every year due to firearm incidents. “As a mother, a grandmother, a lawmaker, and a citizen who believes in policy (to increase public safety), childproofing handguns was common sense.”

Under Weinberg’s 2002 legislation, once a handgun with a working user-authentication system was sold anywhere in the United States, a 30-month countdown would begin, after which all new guns sold in New Jersey would have to include some form of “smart authentication.” Unfortunately for Wenberg’s bill, the countdown has yet to begin because stores which moved to sell such guns, particularly the Armatix iP1, decided to stop selling them after receiving death and arson threats from people who described themselves as gun-rights advocates. The iP1 only functions when an RFID-enabled wristband is worn within ten inches of the pistol.

Putting faith in the free market to advance smart gun technology, Weinberg offered the NRA a deal: “If you encourage your members not to interfere with the research, development, manufacture, distribution, and retail sale of this technology, I will work to repeal the law in Jersey.”

“We never got an answer,” she told attendees in Seattle.

Ars Technica reports that representatives from Sentinl, maker of an add-on fingerprint sensor for existing handguns; TriggerSmart, an RFID-enabled system for existing and brand-new guns; and Allied Biometrix, a firm developing fully integrated biometric sensors which unlock a gun once they sense an individual’s “reflexive actions” and “grip style,” attended the event, though these companies do not yet have a ready-for-market product. Sentinl and TriggerSmart may have products available by the end of this year, but Allied Biometrix is taking a more measured stance on rushing to market.

“As marketers, one might think it’s counter-intuitive not to be the first to market,” Allied Biometrix CEO Alan Boinus said. “But this business is a little different. We have challenges beyond technology — challenges in legislation, challenges in the controversy. We can’t afford a 404 error code… and we don’t want bad actors entering the marketplace with less-than-reliable guns and causing fear in the gun community that this might, no pun intended, trigger the New Jersey laws.”

Washington’s King County Sheriff John Urquhart said that smart handgun technology was not “ready for prime time.” “I’m probably the only person in this room who has zipped kids into bodybags,” Urquhart told attendees. “We pick up kids who have killed themselves with other people’s handguns. We don’t like that.” He mentioned that more than 500 American police officers were killed in the past decade with their own handguns by apprehended suspects. “Any tech to make that better is a good thing. That being said, (smart gun technology) is not ready for my officers yet. If it worked 110 percent of the time, I’d be interested,” He said.

Several law enforcement departments are skeptical about smart gun technology. “With current guns, you can look at the parts. If we don’t clean them, they’ll go bad on us. But you can’t see electronics,” Urqhart said. He added that laser sights, the last major handgun innovation he could think of, remain uncommon across the country because police departments “don’t want officers to rely on such technology.” He added that if smart-gun technology proves to be reliable and comfortable for police officers, many police departments would likely support it. “If it was gonna save lives, and the lives of my officers, I’d spend that kind money, and the council would approve it.”