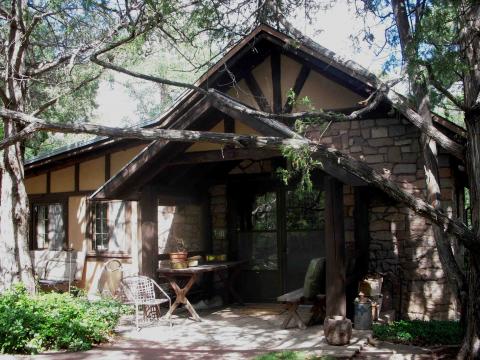 The House of Representatives today passed the 2015 National Defense Authorization Act, which includes a provision to establish a Manhattan Project National Historical Park! There may be skirmishes ahead, but if all goes well the Senate may vote on the NDAA next week.

Today the House of Representatives passed the 2015 National Defense Authorization Act (NDAA), which included a provision to establish a Manhattan Project National Historical Park at Los Alamos, NM; Hanford, WA; and Oak Ridge, TN. The Senate is expected to pass the 2015 NDAA legislation without amendments before adjourning for the Christmas recess, perhaps as early as next week.

The national park designation will ensure that historic Manhattan Project sites are preserved for the American public and future generations. As Richard Rhodes, Pulitzer Prize-winning author of The Making of the Atomic Bomb and a member of the Atomic Heritage Foundation’s Board of Directors, explained: “When I write about history, it is essential for me to visit the places where the historical events happened. There are always surprises. It is one thing to read documents or interview people; but it is another thing to see the places where things happened.”

The legislation provides an inventory of properties and historic districts to be included in the park. Among them are the first-of-a-kind B Reactor at Hanford, the Y-12 Calutron plant for separating uranium isotopes at Oak Ridge, and the buildings where the first atomic bombs were assembled at Los Alamos.

The NDAA legislation can be found here. The Manhattan Project Park provision is on pages 1245-1257.

The Manhattan Project National Historical Park will be one of the few parks to focus on American industry and highlight the work of physicists, chemists, engineers, mathematicians and other scientists. The park could become a catalyst for teaching about science, technology, engineering and math (STEM) and increasing America’s understanding of the nexus between science and society.

The legislation establishes the park no later than one year after enactment. Consistent with this, the Departments of Energy and Interior have one year to enter an agreement defining respective roles and responsibilities and addressing how to enhance public access, preserve historic properties, and interpret the history for the public.

As the nation’s storyteller, the National Park Service will have the responsibility for interpretation. Associate Director Stephanie Toothman stated, “The National Park Service (NPS) is committed to engaging visitors and telling controversial and difficult stories in ways that illuminate and respect different experiences and perspectives.”

The bill allows the Secretary of Energy to accept donations to the park, an important clause in light of limited federal funds. This will enable donors and volunteers who have already expressed interest in contributing to the preservation of Manhattan Project properties to do so.

The legislation has been a long time in coming. In 2003, Congress required DOE to develop a plan for preserving its Manhattan Project history. Under a cooperative agreement with DOE, the Atomic Heritage Foundation took on the task, beginning with a series of public meetings at Oak Ridge, TN, Los Alamos, NM, and Richland, WA that included National Park Service representatives. AHF’s report released in 2004 recommended a Manhattan Project National Historical Park at the three major sites.

In September 2004, Congress passed the Manhattan Project National Historical Park Study Act [PL 108-340] that authorized the National Park Service to study whether to create a Manhattan Project National Historical Park. In July 2011, the National Park Service and the Department of Energy jointly submitted recommendations to Congress for a park with units at Los Alamos, Oak Ridge, and Hanford.

For over a decade the Atomic Heritage Foundation has led efforts to establish the park in partnership with the Manhattan Project communities, National Parks Conservation Association, National Trust for Historic Preservation, and Energy Communities Alliance. The House passage today is an important milestone.

In 1943, Crawford H. Greenewalt, who led the DuPont Company’s pioneering work at Hanford, was skeptical that an atomic bomb would be created in time to end the war: “Our changes of putting it over in time are not much better than one in four.” While the odds of creating a park ten years ago did not look much better, they certainly do now. We look forward to action by the Senate next week

Please contact your Senators today to urge them to support the Manhattan Project National Historical Park Act. You can easily email your Senators using this service provided by the National Trust for Historic Preservation.