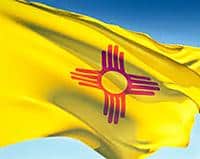 By ROBERT NOTT
rnott@sfnewmexican.com
For years many educators, public education supporters and teacher union representatives have said New Mexico’s teacher evaluation system is punitive and unfair.
But immediately after taking office in early January, Gov. Michelle Lujan Grisham signed an executive order requiring the Public Education Department to retool that system.
On Monday night, the House of Representatives took a step toward making that goal a reality when it voted 52-14 to give a “do pass” recommendation to House Bill 212, which would rework measures currently in place.
While some proposed changes seem cosmetic, such as having four different evaluation levels rather than the current five, defining the best teachers as “distinguished” rather than “exemplary,” others are more significant.
For example, House Bill 212 reduces the percentage of student achievement scores used in the ratings, to 15 percent from 35 percent. It also gives more weight to student feedback and input.
In addition, the bill lays out a new framework for evaluating principals that uses broader measures to rate their work.
Rep. Sheryl Williams Stapleton, D-Albuquerque, who introduced the bill, said it would provide a fairer system for judging the state’s public educators and give local school districts more control in setting some of the parameters for the evaluations.
Stapleton told House members that “everything [about the current system] came down directly from [the Public Education Department], saying ‘you must do this, this and this.’ There’s no collaboration.”
The bill calls for the Public Education Department to put together a committee of school district leaders, educators, parents and others to fill in many specifics.
Several Republican lawmakers raised questions about the bill, saying that while the current evaluation process has its problems, it holds teachers accountable in a way that previous systems did not. They also said some of the language in the bill is too broad and leaves a lot of the work to be done by a yet-to-be-formed committee.
For example, 25 percent of a principal’s evaluation, according to the bill, would be based on “evidence of management quality.”
Asked by Rep. David Gallegos, R-Eunice, to say more about what the principal evaluation measures would reveal about an administrator, Stapleton simply said, “That he is a good fit.”
Stapleton’s bill would go into effect by June 1. A few Republicans said it is better than the current system and joined Democrats in supporting it.
The current evaluation system was put in place by executive rule in 2012 by former Gov. Susana Martinez. Even if Singleton’s bill becomes law, the state’s teachers will likely have to endure at least one more round of the current evaluation system. The state usually releases the data in the summer.
Stapleton’s bill heads to the Senate for consideration.
Menu
Los Alamos
59°
Sunny
7:18am6:20pm MDT
Feels like: 59°F
Wind: 3mph ENE
Humidity: 19%
Pressure: 30.04"Hg
UV index: 0
FriSatSun
66/45°F
66/43°F
63/43°F
Weather forecast Los Alamos, New Mexico ▸