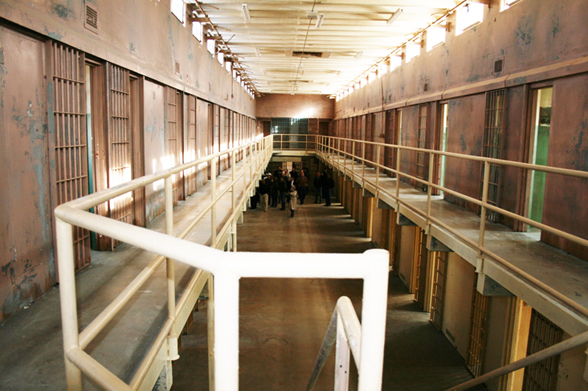 Thirteen inmates were assigned to the kitchen area of CNMCF to clean up from dinner service. Sgt. Manuel Romero saw one of the inmates, Andrew Hernandez, break the rules and confronted the inmate about his behavior. That’s when another offender, David Armijo, rushed the officer, kicked him in the stomach and hit him in the face.

Sgt. Allison Eastman ran to her fellow officer’s aid and tried to subdue the offenders. Two other offenders, Cesar Rodriguez and Cloyce Salazar, also entered the fight as well as Officer Jaime Ortega. The officers called for backup and within seconds other officers were there to help get the situation under control.

After an investigation, it was determined that eight of the 13 inmates on work detail in the kitchen had been drinking homemade alcohol. Those inmates had hidden the contraband and it was not discovered until after the incident.

Only four of the eight who were drinking fought against officers. Those inmates were not seriously injured in the incident. The investigation is ongoing but these inmates will face criminal charges.

All three officers were sent to the hospital, and have been treated and released. Their injuries range from a shoulder injury to stitches.

“We are grateful our officers were not seriously injured in last night’s incident, but nevertheless, they were injured. I personally sat with these officers last night at the emergency room and thanked them for their service and commitment to public safety. We will support our staff as they heal and take a very close look at what happened last night to ensure our officers’ safety in the future,” Secretary Gregg Marcantel said. “This incident underlines the very dangerous line of work our officers have chosen to be in. We want to commend these officers for their bravery and their commitment to public safety. Our correctional system only works because of men and women like this who have agreed to work in an environment surrounded by criminals. It cannot be said enough, we are grateful for our men and women who work inside the razor wire and concrete walls to ensure our safety. We ask you to keep these three officers in your thoughts and prayers”