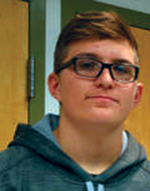 High school sports give teens a chance to play on the big stage while offering a wide range of sports for locals to enjoy. During a single season a team has about half their games at home; unfortunately, not a wide range of fans show up to these home games besides a handful of parents and high school students.

This is a shame since, according to most research, fans, giving that extra cheer or holler from the stands, play a role in a team’s success and are one of the components of what is called home field advantage. This advantage is created by the psychological impact of fan behavior on both players and officials. If we embrace this theory of home field advantage, more supporters at the Hilltoppers’ games could make a noticeable impact.

In an article published in SBnation, “Home Advantage in Sports: A Scientific Study of How Much It Affects Winning,” Sportswriter Jon Bois examined statistics from the NBA, NFL, and MLB and found that the points scored increased at home games. For example, looking at the number of games a typical NBA team won between 2008-2011, a team might have “won 10.11 percent more game if it were allowed to play all its contests at home.” This number may not seem like a drastic impact, but it could be the difference in a state appearance.

The difference is fans. Fans inspire players to put in that extra effort. The psychological effect of supporters in the crowd, which is typically cheering for the home team, can give the “advantage (that) would transform a 41-win team into a 45-win team,” according to Bois, enough difference to give a team an edge in overall standings.

Additionally, Tobias Moskowitz and L. John Wertheim, authors of Scorecasting: The Hidden Influences Behind How Sports Are Played and Games Are Won, offer evidence that the officials are also affected,  changing their calls based on the impact of the crowd. It is natural for the crowd during a game to cheer when they believe a call should go their way, even if it should not.

The reason, according to Moscowitz and Wertheim, is social influence. Humans conform to group opinion because of group pressure and from the information from the crowd. These same factors influence an official’s call in a heated moment.  The more heated or controversial the moment, the more outspoken the fans become. And, if the fan attendance at a home game is mostly by fans of that home team, it follows that the calls will go in the home team’s favor.

How might this translate for our local sports? One example was the Hilltoppers Varsity soccer teams in 2016. Both boys and girls boasted an impressive record (boys 9-3-1/ girls 8-1) at home even though game attendance at home was dismal. Tristan Semelsberger, a forward for the varsity team who helped lead the boys to a state semi-finals, said, “I feel like no one wants to support us at our games other than our parents. It would be great to see some of my classmates and other community members in the stands cheering our team on.”

With the Toppers now being a 5A school, an increase in fans might bring all the Topper teams to another level.

So, if fan base can increase wins at home, why not go out and support our high school sports? Hoot and holler from the stands; you may inspire a player or influence a call.Los Alamos High school offers a schedule of the team’s games week by week at http://www.district2-4anm.org/public/genie/472/school/4/, as well as offering schedules at the school.