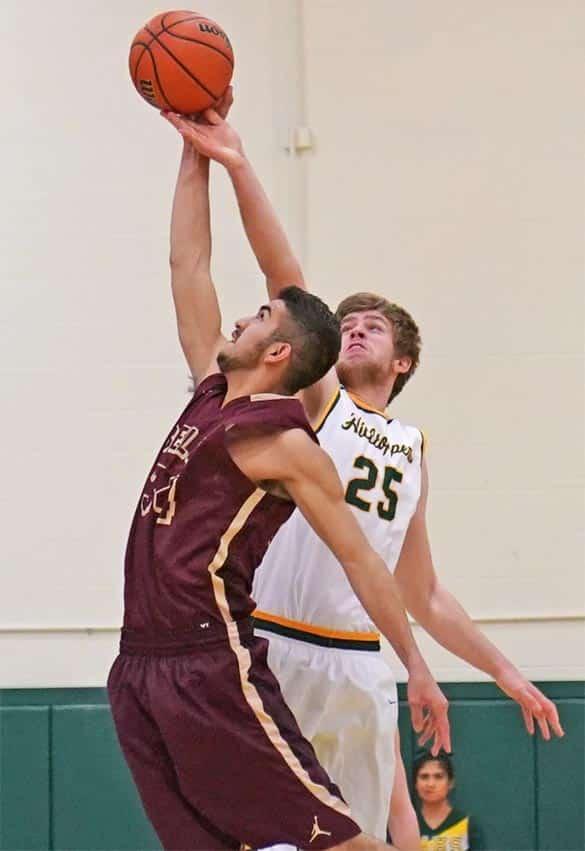 From the opening tipoff the Belen Eagles took control of the game Friday night and never relinquished it, ultimately winning 65-41. The toppers came close to taking the lead several times, but could not close the gap. The Eagles were dominate both on offense, hitting nine three-point shots, and defense, which the Toppers had no answer for. Photo by John McHale/ladailypost.com 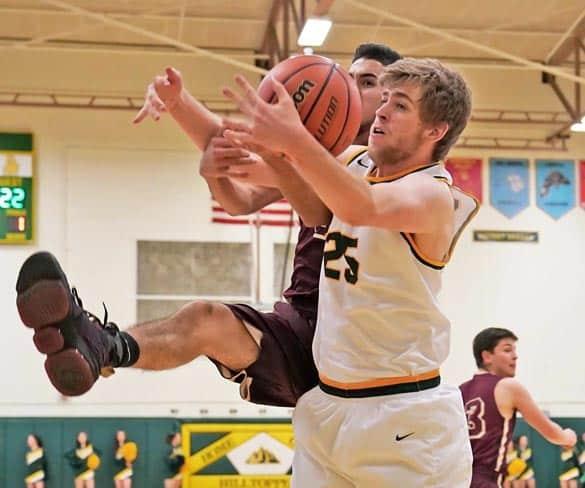 Ivan Balakirev and Eagle Ryan Garcia battle for a rebound under the Topper basket. Photo by John McHale/ladailypost.com

The ‘Toppers limped into their game against Belen shorthanded, with their main ball handler and scoring leader Antonio Trujillo on the bench with an injury. Andreas Runde also was missing from the ‘Topper lineup.

Los Alamos fell behind by as many as 16 points in the first half and was forced to play catch up all night. The ‘Toppers were able cut the deficit to 10 points going into the halftime break.

Belen hit a pair of deep three pointers early on and fell in love with the long-range shot, but they didn’t have very much success. Los Alamos couldn’t take advantage of the Eagles’ poor outside shooting.

The ‘Toppers stepped up defensively in the second half, and cut the Eagles’ lead to seven points midway through the fourth quarter behind a pair of Gavin Campos three-point baskets and a trio of Michael Naranjo drives to the basket while getting fouled and converting the three-point plays.

The Eagles closed out the game hitting 11 of 16 free throws to pick up the win. Belen’s guard Uriah Zengerly scored 23 points for the Eagles while center Ryan Garcia added 20 points, with most coming off offensive rebounds and putbacks.

Naranjo led Los Alamos with 14 points and Troy Hammock with 10 points. Campos and Ramon Roybal each added 8 points for the ‘Toppers.

“We got off to a slow start and [Belen] shot the ball really well.  Defensively we were trying to find something that would work. They just took us to task on that,” Head Coach Mike Kluk said after the game. “I think we played better defensively in the second half. We got out on their shooters quicker and then they missed some shots, but we can’t wait until the second half to decide we want to do that.”

Belen shot the ball well, but they were mostly impressive collecting offensive rebounds.

“We didn’t handle the boards well,” Kluk added. “[Belen] is very athletic and goes to the boards hard and did what they had to do, and they got us tonight.”

It’s a quick turnaround for the ‘Toppers as they travel to take on the Demons at 7 p.m. today in Santa Fe. 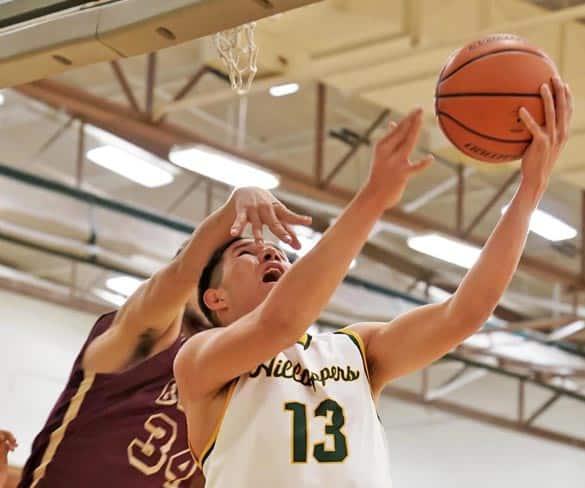 Michael Naranjo got a face full of Eagle defense, but managed to score 14 points to lead the scoring for the Toppers. Photo by John McHale/ladailypost.com 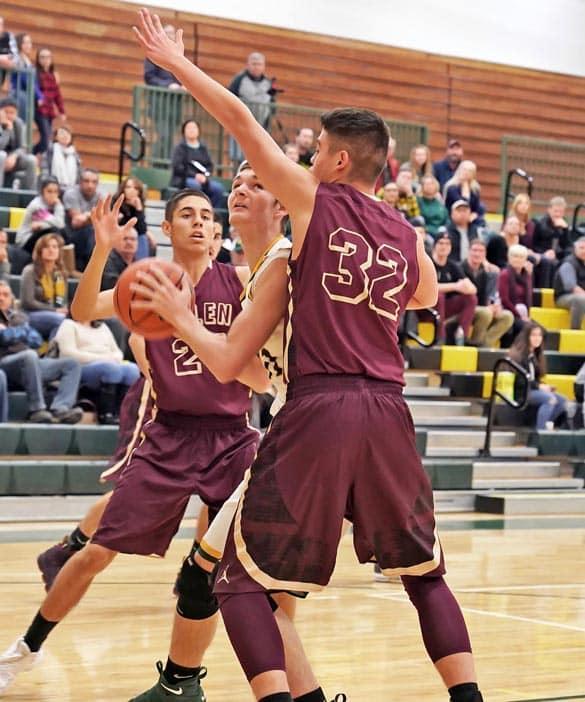 Troy Hammock felt the force of the Eagle defense, but managed to score 10 points for the game. Photo by John McHale/ladailypost.com 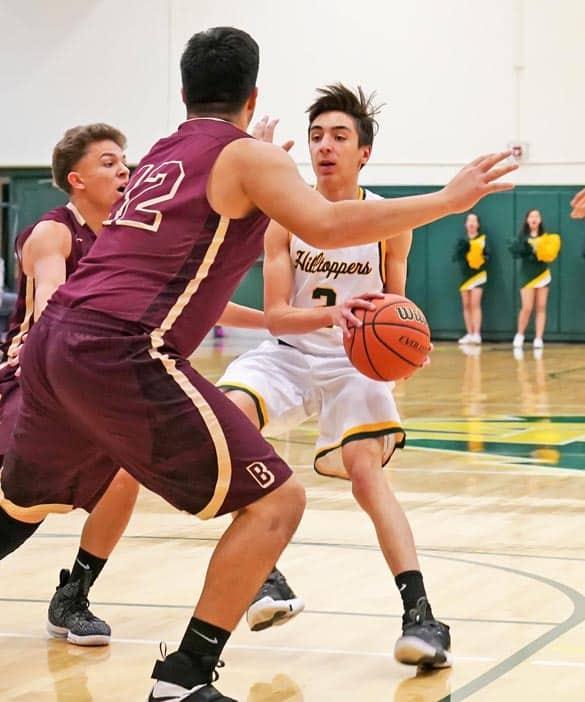 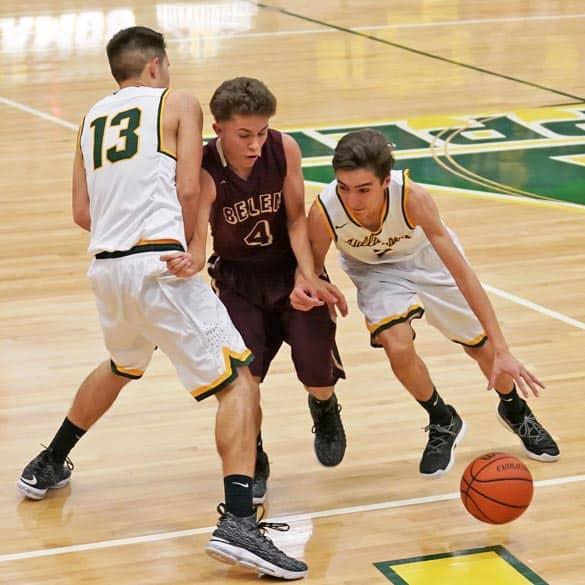 Michael Naranjo tries the block an Eagle defenseman for David Owen, but was called for a blocking fowl. Photo by John McHale/ladailypost.com 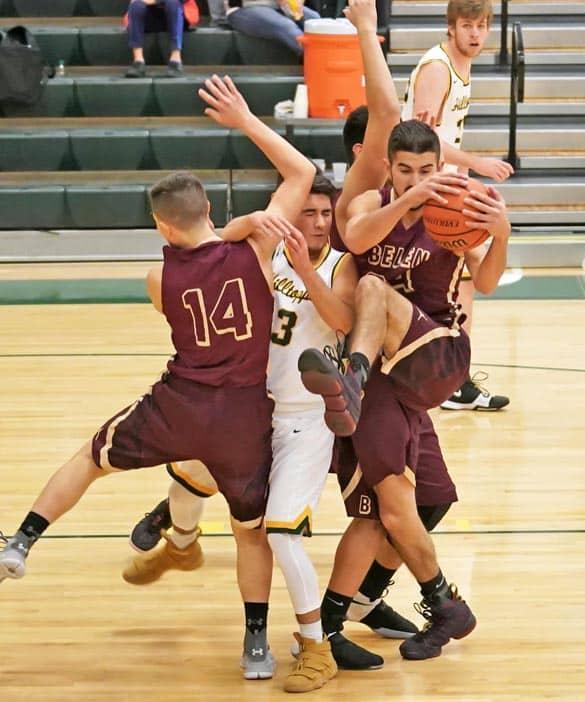 Ramon Roybal is caught in a squeeze play under the Topper basket, no foul was called. Photo by John McHale/ladailypost.com