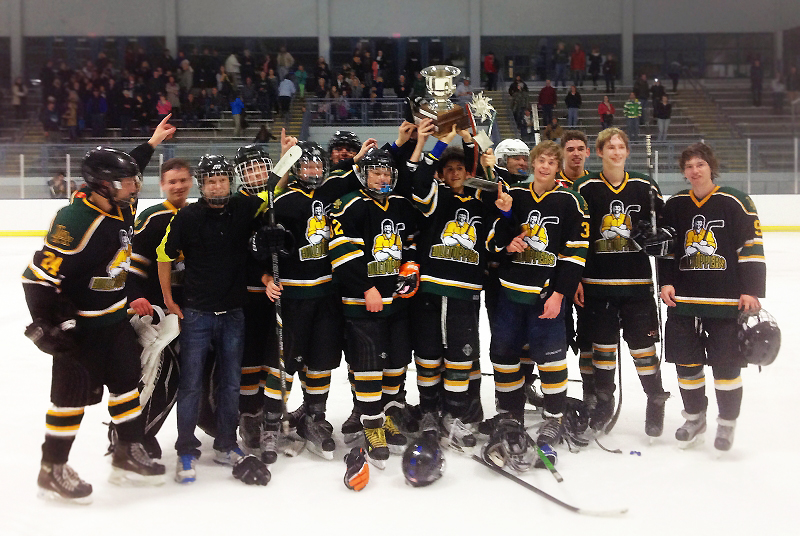 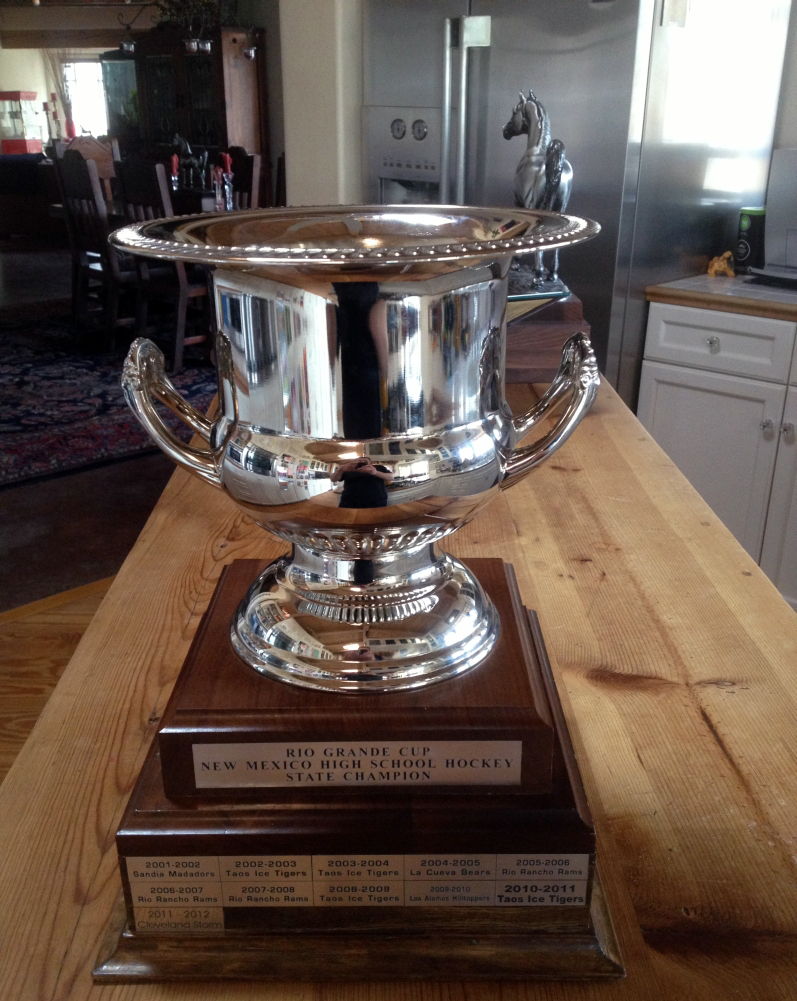 In the pure championship game, Taos jumped out to a quick 1-0 lead, but Los Alamos roared back, scored the tying goal in the final minute of the third period and then won the title 4-3 in a five-round shootout after a five-minute sudden death overtime did not yield a winner.

“Going into the tournament, we definitely thought we had a chance to win, but we also thought Taos had a chance,” Los Alamos manager Mark Rochester said. “It was a tight game and for it to go into a shootout was super cool. We had a long season, but definitely a very good ending.”

The Hilltoppers outshot the Ice Tigers by a 38-10 margin, but were down 3-2 going into the third period.

“In the first period, Taos iced the puck, but it was on net and got past our goalie (Zealand Walterscheid),” Rochester explained. “It was beyond a soft goal and then they go and score another soft goal. Then we get a goal in the first and a goal in the second (both by Nevin Gupta) to go to the third period down by a goal. The guys were pretty down in the locker room and a lot of them had the jitters going into the game, but going into the third, you could tell they all wanted it. Our goalie got his head together and the coaches gave their motivational talks and went back out there.”

Cory Schramm netted the game-tying goal with 58 seconds left in the third period.

Los Alamos outshot Taos 6-1 in the overtime, but to no avail.

In the shootout, Gupta scored the only goal for either side on the first shot on what Rochester called “an unbelievable move that must have deked the goalie four times” and Walterscheid stopped all five Taos shooters.

“We had such an up and down season that it seemed when we would peak, we’d then plummet,” Rochester said. “We are losing five seniors, but have 15 guys returning next year. We’ve also got some good freshmen and sophomores coming in, so maybe next year, we’ll represent NM at the national high school championship. We had the option this year, but we declined. I think if we prevail next year or the year after, we’ll definitely look at going.”