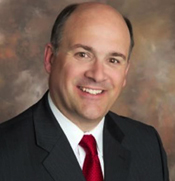 V. Brian D’Andrea, President and CEO of TechSource moved TechSource to Los Alamos from Santa Fe to be closer to its most valuable resource. Courtesy photo

With all due respect to the comic book and movie heroes of The League of Extraordinary Gentlemen, a Los Alamos-based technology company is in a respectable class of its own.

TechSource was founded in 1997 around the boom and bust expertise drawn to Los Alamos National Laboratory’s linear particle accelerator program as it evolved from the Los Alamos Meson Physics Facility into what is now the Los Alamos Neutron Science Center, best known as LANSCE. 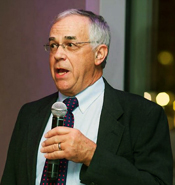 David Schneider, a senior TechSource consultant is one of those people who knows what he is talking about. Courtesy photo

Going on 20 years later, TechSource has significantly broadened its scope of expertise from the original core of retired and semi-retired professionals. In the past two years, the company has started bringing in a staff of full-time employees to support its own work base and now has 35 employees, many of them outside the state. On July 1, TechSource President and CEO V. Brian D’Andrea said the company stood up a new division of 14 people to support activities in Washington, D.C.

TechSource now has real-world revenues of about $10 million a year and a roster of consultants that includes some 500 or more of what D’Andrea calls “capable engineers, scientists and super-techs.” According to a company statement, subjects in which they consider themselves authorities has continued to expand: “We divide our business groups into five distinct areas of expertise: nuclear fuels and strategic nuclear materials, nuclear physics and applications, accelerator engineering and science, program integration and project management, and business case analysis.”

Last month the company was honored with its third New Mexico Technology Flying 40 award, an annual recognition of the fastest growing tech companies in the state.

As a startup, TechSource caught on right away by working to retain linear particle accelerator subject matter experts, a class of professionals that was in high demand at the time because the work at Los Alamos caused a surge of interest inside the beltway in Washington, D.C., where agencies and officials were suddenly desperate to have technical support on some of their projects on a part time basis, D’Andrea said.

The founders of TechSource two scientists from Brookhaven National Laboratories, saw an opportunity to set up a small company in Santa Fe and started by buying out a couple of tasks from a pre-existing company that was closing its doors, “Within a year they were able to cover their own bills and payroll,” D’Andrea said, but it took a lot of innovation for them to create a cash flow and continue that growth trajectory.”

D’Andrea said he moved the company up to Los Alamos several years ago, not just to be close to the laboratory, which is a TechSource client, but to be closer to its most important resource.

Although many people think Los Alamos County’s greatest asset is its spectacular landscape, this CEO looks out his window and sees a wealth of accomplished professionals. These are highly educated people whose training has been supported by the American public for 30 years and they are still needed, he added, “whether it is a specific study or analysis for the federal government wanting their insight on how to manage a multi-million dollar project.”

It is a unique demographic, a group with its own unique needs and preferences, and TechSource tries to do everything they can to make their experience worthwhile.

“They have no interest in bureaucracy,” D’Andrea said. “We have figured out a way to work with them that they highly appreciate, because we add a lot of value to their working relationship with the client. They understand that they want to spend their time on answering the question — or better yet, not talking about how to get into the room to discuss the question.”

At once a typical, and at the same time an extraordinary example of the kind of recognized authority TechSource likes to hook up to appropriate public and private projects, David Schneider now lives in Colorado just north of Colorado Springs. From there he flies out of Denver and occasionally drives down to Northern New Mexico for client meetings, continuing his life of multi-tasking that he learned how to manage during his 31 years at LANL. A senior TechSource consultant with many ongoing professional relationships of his own, Schneider is one of those people who represent a good portion of the combined wisdom of a major national laboratory, considering the arm-long breadth of his resume.

In his early career Schneider worked on the Star Wars neutron beam intended to shoot down Soviet missiles. He was a project leader on the Low Energy Demonstration Accelerator (LEDA), a $200 million project at LANSCE, as well as on the Dual Axis Radiological Hydrodynamic Test Facility, the super X-ray machine intended for a major role in monitoring the nuclear stockpile. In his last 13 years, before retiring 10 years ago, he was a division leader and acting division leader of the ISR, the lab’s Intelligence and Space Research Division. That was 440 employees and a budget of $140 million a year.

“In 1980, when I was in my first management position, somebody on my team said, ‘I want to thank you because you made our work environment the best and most enjoyable I’ve ever had,” Schneider recalled in a telephone interview this week. “After that, helping team achievements became a goal.”

And beyond that, he added, “If everybody tried to make a modest improvement, things will grow in the right direction.”