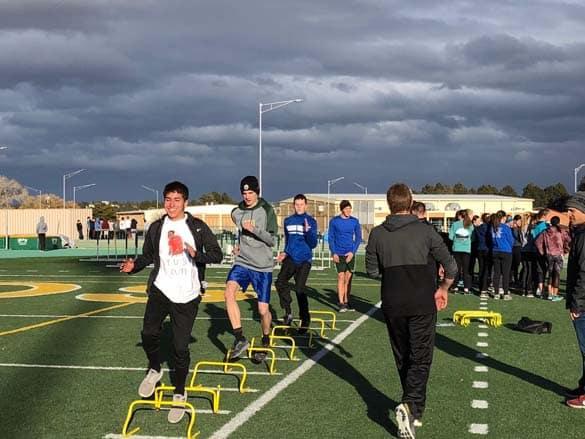 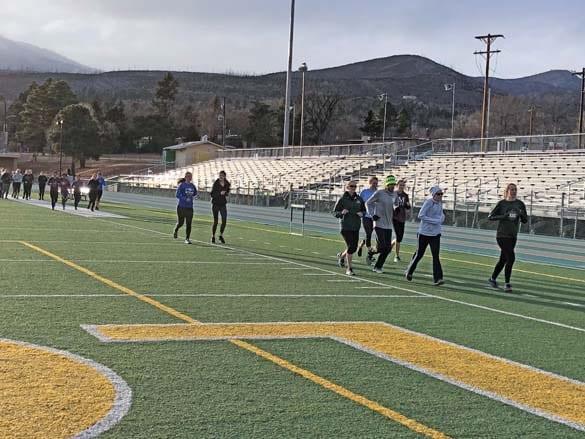 Boys Team Outlook: In the two seasons Head Coach Steven Montoya has been at the helm, the Los Alamos Hilltopper boy’s track and field team has shown marked improvement. This season should be no different as ‘Toppers look to finish within the top three teams at the 2018 New Mexico state track and field championships.
“We’re still waiting on a few [athletes] to come out from the winter sports, but right now we have a fairly strong team,” Montoya said during a recent practice while working with the sprinters.
Getting students to join track and field team could be difficult, but Montoya isn’t shy about recruiting athletes to his program. “I’ll go out at lunch and talk with them, I’ll email some others, too,” Montoya said.
This year’s team is been very committed and has bought in to Montoya’s philosophies.
The ‘Toppers will have plenty of opportunities to match up against some of the states top competition. Los Alamos boy’s and girl’s teams will travel to Alamogordo to face teams they wouldn’t normally see during the regular season early on.
All around, the ‘Toppers should field a competitive team in each event, but Montoya admits that the 4×4 is where the cream rises to the top. “The 4×4 is what we tout as being something special. It’s the last event of a meet, it’s cool to watch and cheer for, and we really try to build our team around 400 meter runners.”
Boy’s Team
Head Coach: Steven Montoya third year (10th overall)
Results: 2016 14th place; 2017 seventh place
Schedule:

Girls Team Outlook: After finishing just a half point out of first place behind Alamogordo in the 2017 New Mexico state track and field championships, the Los Alamos Hilltoppers have revenge on their mind.

“We graduated a lot of seniors last year,” Head Coach Aaron Padilla said after a recent practice. “We’re a very young team, but we’re also a very talented team. I truly believe we’re going to be a better team than we were last year.”
The ‘Toppers have been slow to add athletes, but now that winter sports are over, an influx of students have started coming out.
“Kind of like last season, were getting athletes late [from winter sports], but they’re not out of shape.” Padilla said. “We should be adding about nine or 10 girls from basketball, swimming and hockey.”
“We have 19 events in track and field, so we need to make sure we have scorers in each event,” Padilla said about his coaching strategy. “I always strive to have balance, so making sure every athlete is in a spot where they should be, and not just where they want to be.”
The ‘Toppers find themselves in a unique situation this season. Although Los Alamos graduated a senior heavy class, a majority of last year’s freshman scored, or nearly scored points for Los Alamos helping get the second place finish. “We have a really strong sophomore class, and I feel like we’ve grown to get really good leaders in our juniors and seniors,” Padilla said.
“Things are looking great. I feel like the team dynamic is really good. Everyone is getting and seems like they’re having fun,” Padilla added.
Both boy’s and girl’s teams will kick off their seasons 3 p.m. Friday in the Chile Quad Meet at Sandia Prep in Albuquerque, along with Albuquerque Academy, Sandia Prep and St. Pius.
Girl’s Team
Head Coach: Aaron Padilla second year (seventh overall)
Results: 2016 second place
Schedule: 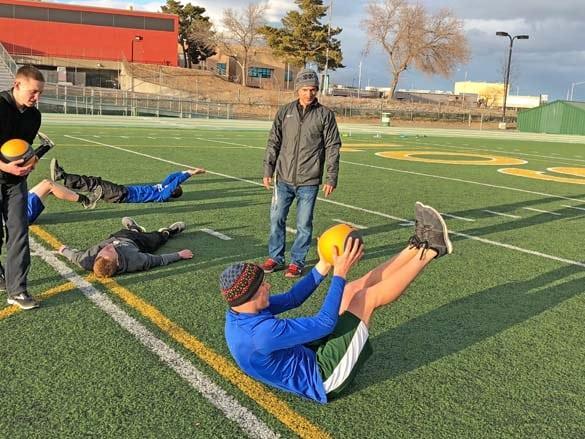 Coach Steven Montoya watches his Boy’s Track and Field Team use a medicine ball for a core workout. Photo by RJ Montaño/ladailypost.com 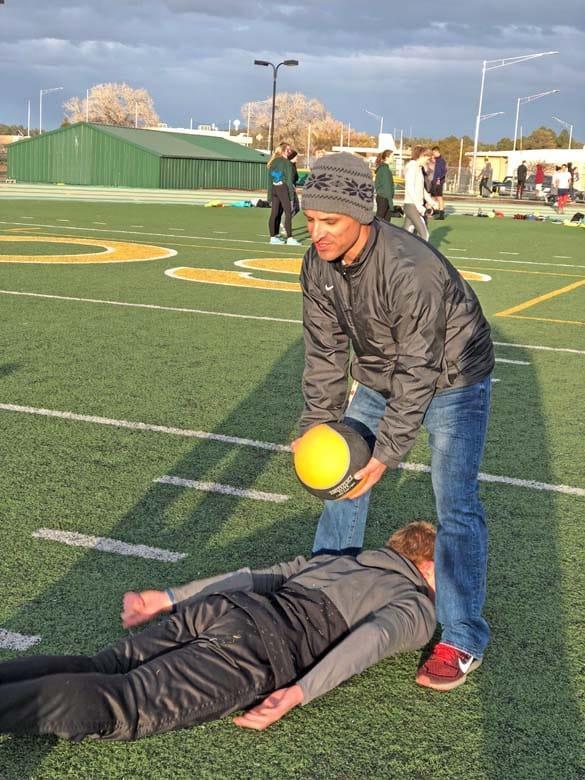 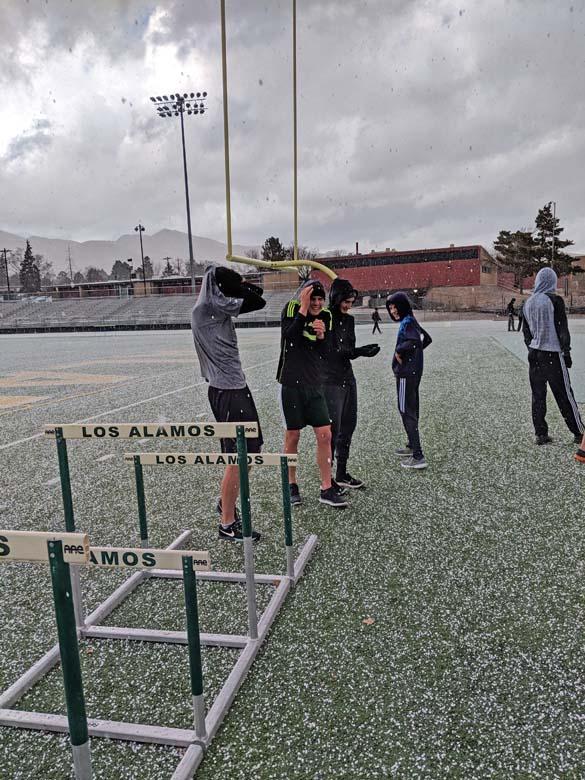