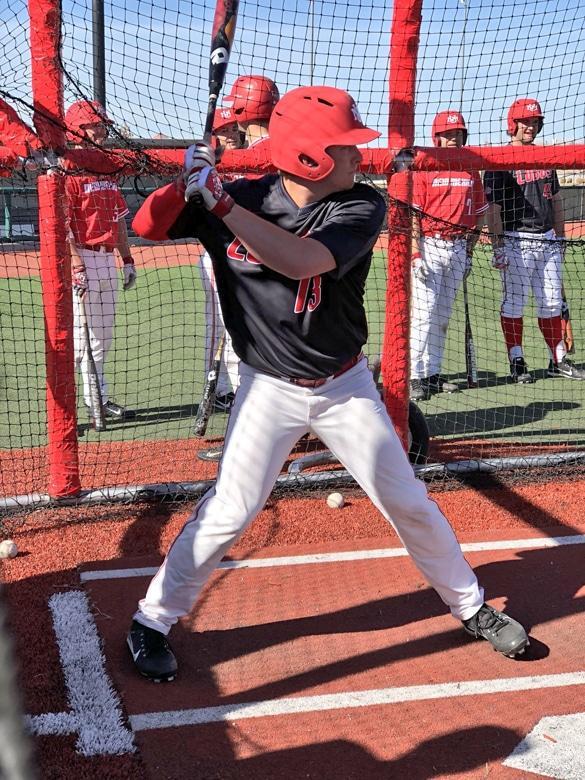 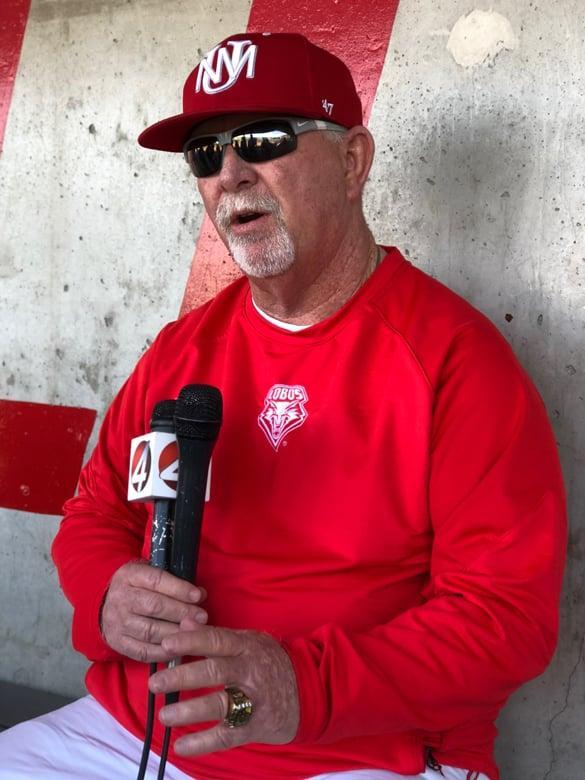 ALBUQUERQUE – Former Los Alamos Hilltopper baseball stars Conner and Jared Mang are expected to play large roles on the 2018 University of New Mexico Lobo baseball team.
The Lobos have been narrowly picked to win the Mountain West Conference baseball championship in the preseason coaches’ poll sent out this week. The defending MW Champion Lobos picked up 31 points, including three first-place votes, to beat out San Diego State by two points. San Diego State nabbed two first-place votes in the poll.
Outfielders Jared Mang, Danny Collier and right-handed pitcher Christian Tripp were named to the preseason All-Mountain West team.
“We’re a young team with a ton of talent and a ton of promise,” Junior infielder Hayden Schilling said about the 2018 squad.
When asked what the identity of this year’s team is, Shilling said, “Blue-Collar. We’ve been blue-collar, we’ll be blue-collar for the next 10 [seasons], we’ll be blue-collar for the next 30 [seasons]. We go into every game thinking no one is going to beat us. If you don’t go in with that mentality, then why play the game?”
Jared Mang was unavailable for Lobo baseball media day due to illness, but Head Coach Ray Birmingham had some high praise for Jared.
“Jared had a breakout year last year. He should have been co-MVP of the league,” Birmingham said. Mang lost out on the MVP award to teammate Jack Zoellner, who was drafted by the Philadelphia Phillies in the 2017 MLB draft.
“Jared Mang, at the end of the year, was the best hitter in the Mountain West, by far,” added Birmingham. “He’s developed. The next thing I have to worry about is all the attention Major League Baseball is giving him. He’s such a solid kid that I don’t think it’ll go to his head, but he might try to do more. The more factor gets in the way.”
Last season, Jared Mang had a .373 batting average with 90 hits.
When asked if he had any advice for his star outfielder, Birmingham said, “just do what you did last year Jared, and everything will work out. He’s such a nice kid, such an intelligent kid, Jared Mang is a big draft pick.”
After redshirting last season, Conner Mang is expected to step up to a big role on the young team.
“Conner will play some third. His development is coming around. He sat out last year and didn’t get as much work as he should have.” Birmingham said about the younger Mang. “He still wants to one hand his swing. Conner is in the running to start at third, but he’s still got to improve.”
Conner didn’t just sit out last season; he was involved with other aspects of the game such as keeping pitch charts and following along with pitch sequences that have helped him develop on the mental side of the game.
“I learned a lot without having to go through the grind of a season,” Conner recalled of his redshirt season. “I got to work with Carl [Stajduhar] who was a three-year starter at third, and I got to pick his brain as much as I could.”
When asked what he has been working on to get ready for the upcoming season, Conner said, “Consistency in my swing. One thing Coach [Birmingham] gets on us about is one day you swing really good and the next day you don’t have it. I’ve got to be more consistent each and every day.
Conner was as optimistic as the rest of his teammates when it came to the potential of the team.
“I think we can do a lot this season, but we gotta remember to take it one game at a time. We can’t get ahead of ourselves,” he said.
The Mangs are two of 13 New Mexican players on the Lobo baseball team – the most out of any program at UNM.
“Coach [Birmingham] is always preaching about New Mexico kids and he stays true to his word,” Senior Danny Collier said. Collier is from Albuquerque and played baseball at Sandia High School.
“That’s what we do, we develop New Mexico kids and get them ready for the next level,” Birmingham said about his philosophy.
“It’s really nice because we all grew up following the Lobos and getting to play for the state your from, there’s not much better,” Conner added.
New Mexico travels to Surprise, Ariz., this week to play in the Sanderson Ford Baseball Classic. The Lobos open up with the country’s No. 2 team, Oregon State. The Lobos also will play Cal Poly and Gonzaga before facing Oregon State again to close out the classic.
“We’re not just going there to open up with them, we’re going there to try and beat them, and beat them bad,” Collier said about opening up with Oregon State.
Collier made sure to let the horde of media surrounding him know the goal of the season isn’t just to win a conference championship, it’s much bigger than that.
“We don’t say it just to say it,” Collier said. “Forty of us believe it. The Mountain West championship, we’ve been there, we’ve done that. This year we’re going to Omaha (where the college World Series is held every year).”
Menu
Los Alamos
27°
Fair
7:11am5:22pm MST
Feels like: 19°F
Wind: 6mph NNW
Humidity: 63%
Pressure: 30.26"Hg
UV index: 0
SunMonTue
45/27°F
46/25°F
43/21°F
Weather forecast Los Alamos, New Mexico ▸