In 2013, the Senate Energy and Natural Resources Committee approved a previous version of the legislation. 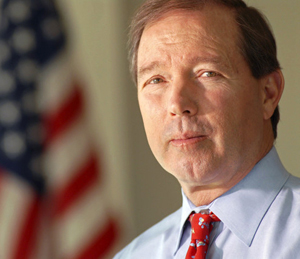 “For many years now, a broad coalition of northern New Mexicans has worked to conserve these two very special areas within the Río Grande del Norte National Monument,” Heinrich said. “I have no doubt that future generations will be grateful for their efforts. Designating these two wilderness areas completes a national example of community-driven, landscape-scale conservation that will preserve the culture, natural resources and economy of this stunning corner of New Mexico.”

“Recognizing the Cerro de Yuta and Rio San Antonio areas as wilderness is a final step toward protecting the Río Grande del Norte’s deep heritage and treasured landscapes, all while creating jobs and boosting the tourism economy in northern New Mexico,” Udall said. “Northern New Mexicans and countless visitors have cherished the Río Grande del Norte for generations, and the strong grassroots collaboration among a broad coalition of local stakeholders demonstrates the community’s commitment to permanently protecting this prized area.”

Río Grande del Norte boasts incredible wildlands and waters that sustain the surrounding communities, and is home to elk, deer, bighorn sheep, golden eagles, sandhill cranes, and other wildlife. The area is one of the most stunning and ecologically significant in the state and a destination for tourists and outdoor enthusiasts.

In March 2013, President Barack Obama designated the Río Grande del Norte National Monument, which is widely supported by Taos and Rio Arriba county residents. A year after the national monument was designated, it was reported that the town of Taos lodgers’ tax revenue increased by 21 percent in the second half of 2013, compared with the same time period in 2012.

In addition, gross-receipts revenue to businesses in Taos County in the accommodations and food service sector rose 8.3 percent in the second half of 2013 compared with the same period in 2012, representing an increase of $3.7 million.

A map of the two proposed wilderness areas is available here.