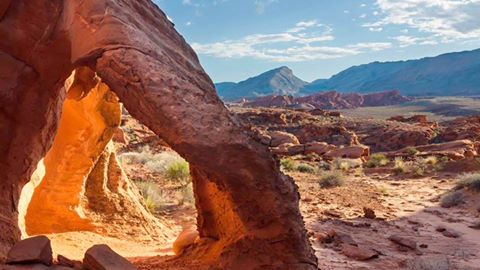 “I cannot help but think if Theodore Roosevelt were alive today he’d be deeply disappointed in Secretary Zinke’s actions. His recommendation to shrink Bears Ears National Monument is a direct affront to sovereign tribal nations and people throughout the region who worked tirelessly to protect their cultural heritage for future generations.

“More than a million Americans have flooded the Interior Department with public comments pleading with President Trump to safeguard our national monuments instead of erasing them from the map. While I appreciate Secretary Zinke heeding my call to extend the public comment period for Bears Ears through July 10, 2017, to allow for more engagement and public discussion, I’m disappointed his actions so far have ignored the will of the American people.

“Today’s announcement also sets the stage for additional attacks on all of America’s national parks and public lands, including New Mexico’s own Rio Grande del Norte and Organ Mountains-Desert Peaks National Monuments. It’s a page out of the playbook by a small contingent of special interests to dispose of America’s national forests, conservation lands, and open space. But the campaign to transfer or even sell off our shared lands should not be mistaken for the mainstream values of Westerners whose way of life depends on the region’s land and water.

“Not only are these treasured landscapes a piece of our historical, cultural, and natural heritage, but they are also good for business. Shrinking or eliminating our national monuments jeopardizes rural jobs and tourism dollars.

“I was proud to support southwestern tribes like the Navajo Nation and Zuni Pueblo, who are part of the Bears Ears Inter-Tribal Coalition that called for monument protection. The thousands of historic and cultural sites within this stunning landscape of big skies and red rocks play a prominent role in the oral histories, traditions, and ceremonies of regional tribes. I encourage the Administration to work to ensure full engagement with tribal communities on the question of the monument’s future.

“I will continue to stand up for our nation’s conservation legacy, our obligation to respect tribal heritage, and for the places that make us who we are as Americans.”