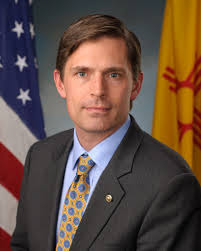 WASHINGTON, D.C. – In an effort to ensure an open Internet, Sen. Martin Heinrich, D-N.M. cosponsored S. 2476, the Online Competition and Consumer Choice Act, a bill that would direct the Federal Communications Commission (FCC) to establish rules that prohibit preferential treatment or prioritization of Internet traffic.

“New Mexicans have made it clear that they want to protect net neutrality,” Heinrich said. “The Internet must remain open and conducive to free expression, innovation, and competition, not a tiered system based on financial relationships with Internet service providers. It is important that the FCC prohibit providers from discriminating against small businesses in order to ensure that competition is preserved and consumer protections are strengthened.”

May 15, 2014, the Federal Communications Commission (FCC) adopted a Notice of Proposed Rulemaking Proposal (NPRM) seeking public comments on how best to restore the Open Internet rules that were struck down by the D.C. Circuit earlier this year. One of the questions that the FCC poses in its NPRM is whether certain practices, such as paid prioritization, should be banned entirely.

Heinrich, a strong proponent of net neutrality, sent a letter to FCC Chairman Tom Wheeler urging the Commission to hold a series of field hearings in New Mexico and across the country on the new Open Internet rules.

The Online Competition and Consumer Choice Act, which was introduced by Sen. Patrick Leahy, D-VT, chairman of the Senate Judiciary Committee, and U.S. Rep. Doris Matsui, D-CA, member of the House Energy and Commerce Communications and Technology Subcommittee, would require the FCC to prohibit paid prioritization agreements between Internet Service Provider’s (ISP) and content providers on the last mile Internet connection, the connection between the ISP and the consumer.

In addition, it would prohibit broadband providers from prioritizing or otherwise giving preferential treatment to its own last mile Internet traffic or the traffic of its affiliates over the traffic of others.