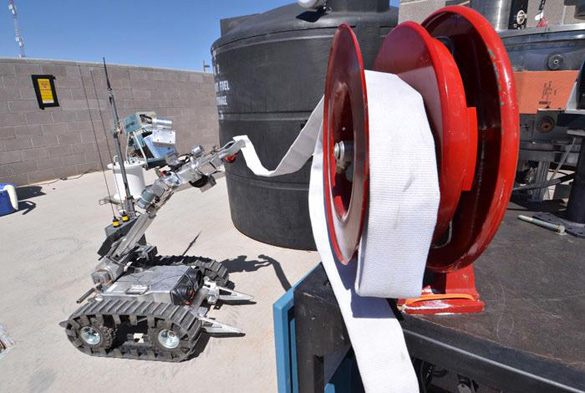 A hazardous devices team robot pulls a fire hose from a reel during a Robot Rodeo competition and exercise. Courtesy/LANL

“The Robot Rodeo gives bomb squad teams the opportunity to practice and hone their skills in a lively but low-risk setting,” said Chris Ory of LANL’s Emergency Response Group and a member of the Lab’s hazardous devices team.

The rodeo gets under way at 8 a.m. in Technical Area 49, a remote section of Laboratory property near the entrance to Bandelier National Monument. Eight teams are scheduled to participate in the three-day competition. Teams compete in events and simulations, such as