Hawks FTC: From A Dive To A Rise 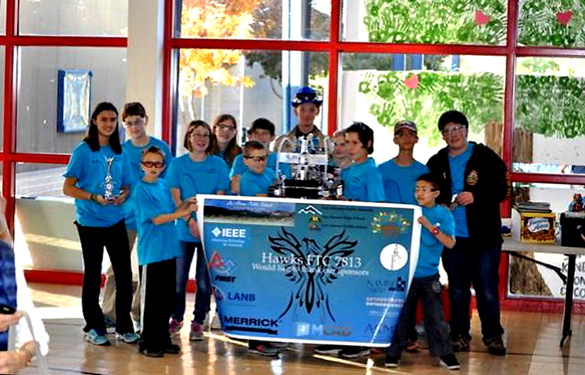 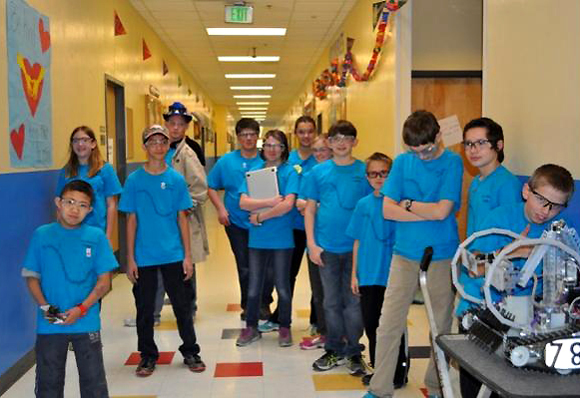 Hello Los Alamos, the Hawks FTC team is back and we wanted to tell you what has been going on in this year’s challenge.

FTC stands for the FIRST Tech Challenge. This is a friendly competition in which young teams work to perform the best in a specific challenge. Based around gracious professionalism, or sportsmanship and respect for all members while still working hard, and innovation.

FIRST encourages young people to think outside the box and tend to their creative genius.

During the summer, we had shown off last year’s robot and attracted interest. So much, in fact, that we could now sustain two teams! Thus, the Beta Hawks take flight. They are the younger team being mentored by the team I represent, the ‘Alphas’. They will be competing alongside us in the next competition in Albuquerque.

The weekend of Dec. 6, Hawks FTC attended a qualifying competition in Tucson, Ariz. The name of the recent game, FIRST Res-Q, in which, the goal is to climb a mountain, scoring debris for different amounts according to the level; programming a robot to change the color of a beacon autonomously; scoring climbers into a specific goals; and scoring floor goals.

The debris that is randomly spread across the field is both a scoring element, and yet another obstacle. As we found, the debris can get caught under the robot, and sabotage everyone’s autonomous mode. Complicated? Yes, yes it is.

Our robot, MAGIC (Mechanical Android Generated and Innovated Creatively) placed second overall. The announcer constantly called us the underdogs, probably because MAGIC insisted on falling apart, despite our persistent efforts to keep her together. Between motor fails and touchy servos, all in the heat of competition, we refused to allow ourselves, or our robot (no matter how diva) to give up.

Aside from the dives and rises in the ring, the Alpha Hawks won awards worth noting. We took home the “Connect Award”, which is given to the team who interacts most with their community, so thank you Los Alamos! We were awarded for our second place victory, and we also took second place for the prestigious “Inspire Award”, which is the reason we are moving on to Flagstaff.

The Inspire award is one of the highest FIRST has to offer, and is given only to teams who truly embody the meaning of FIRST, demonstrates gracious professionalism toward everyone encountered at FTC events, whose teams are connected with a performing robot, and a strong contender in all categories. Winners of the Inspire Award receive an automatic invitation to the next tournament level.

Thus, the Hawks shall soar to Flagstaff for a regional competition in February. Coming first is another competition in Albuquerque that, as I mentioned earlier, the Beta Hawks will be attending with a robot of their own. So, we can continue to try our best and learn something new. Until next time!