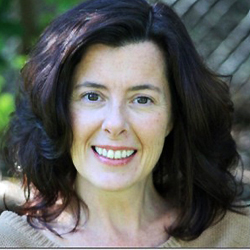 For the past six months, Common Cause New Mexico and the Foundation for Open Government have been traveling the state, talking to folks from Las Cruces to Farmington about the heavy price New Mexicans pay due to the influence of money in politics.

I was in Los Alamos recently talking about our legislative agenda – which is aimed directly at the role money plays in both campaigns and policy making.

While many of the biggest contributions made by donors to PACS and candidates are hidden from view – the effects of them are plain:

The reason: all too often our elected officials are focused on raising enough campaign cash to survive, and not the big problems that confront our state. It’s not their fault. The vast majority of elected officials are honorable public servants, but they have to play by the rules they inherited.

Last year Common Cause did a poll, which revealed that 80 percent of New Mexicans – both Republicans and Democrats – think that the impact of money in politics is a problem. Sixty five percent think that elected officials are more responsive to lobbyists than voters and 79 percent believe corruption in New Mexico is a problem.

Both citizens and elected officials themselves need a way out, a way to fix this broken system. To find one, we’ve been asking New Mexicans to sign “The New Mexico Pledge” http://newmexicopledge.org/ based on common values that will carry us through this period of partisan gridlock and citizen cynicism.

So far, thousands have signed up, based on three simple principles:

These principles have shaped several major legislative proposals, we are advancing, and that will be up for debate this session including:

•  A bill to improve disclosure of independent expenditures so that the influence of money in elections is transparent and it is clear whether outside groups are coordinating their efforts with local campaigns. The bill, which has passed the senate three times, will be carried by Rep. Jim Smith a Republican from the East Mountains of Albuquerque, and Sen. Peter Wirth, a Democrat from Santa Fe.

•  A bill to require more disclosure of lobbyist activities and spending and to post this information in an updated and accessible fashion on the Secretary of State’s web site. This bill will be carried by Rep. Jeff Steinborn, a Democrat from Las Cruces.

•  A bill to establish an independent ethics commission that provides guidance for public officials on conflict of interest and potential pitfalls for unpaid, citizen legislators and other public servants. The commission would have the authority and funding to ensure compliance and enforce existing laws. New Mexico is one of only nine states that does not have an ethics commission.

•   A bill to improve existing laws making public financing available to PRC and state judicial candidates who agree to limit their fundraising. The bill brings our system into compliance with a 2011 court decision limiting matching funds and addresses last year’s misuse of the system by unopposed candidates for the PRC, and some who paid themselves or hired family members with public funds.
SB 58, sponsored by Sen. Peter Wirth, of Santa Fe, has already been prefiled and can be accessed at www.nmlegis.com.  The “fix” will enable a more diverse set of candidates to run for office and be accountable to their constituents rather than to large campaign contributors. A similar bill passed the legislature in 2013, with unprecedented bipartisan support, but was vetoed by Gov. Martinez.

If you support this agenda, sign the NM Pledge at http://newmexicopledge.org/ and follow the bills at www.nmlegis.gov as they move through committees. Committee members, along with their emails and phone numbers at the capitol, are listed on the web site – if you want to weigh in on the measures.

Once these bills have numbers (like Senator Wirth’s SB 58) you can read the text and amendments on the web site. For those who want to testify, Santa Fe is only an hour away!

Common Cause New Mexico is dedicated to restoring the core values of American democracy, reinventing an open, honest and accountable government that serves the public interest, and empowering ordinary people to make their voices heard in the political process.