Harley Trogdor McHenry – The Ordinary Life Of An Extraordinary Dog 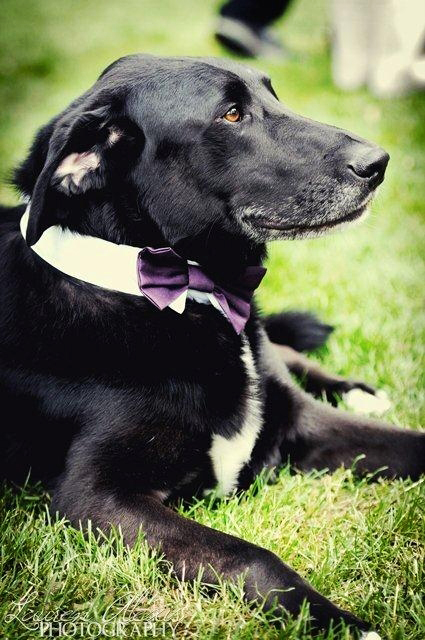 The hardest thing about love is letting go. When I lecture at conferences, I often use this photo of Harley as one of the last slides. I tell the participants that we can learn a lot from dogs. Dogs teach us loyalty, complete devotion, forgiveness, unconditional love, and pleasure in the simple things (like getting the mail). He taught us all that and more.

He was born with hip dysplasia. One of his litter mates had to be euthanized when he was 2 because both rear legs dislocated sideways as he ran to greet his person. Our vet sent Harley’s x-rays to Purdue veterinary school to see what could be done for him when he was just a pup. They said it was one of the worst cases of hip dysplasia they had ever seen and a hip replacement was not an option because instead of a ball & socket joint, there was a ball, but no socket. His gluteus muscles were the only thing keeping his hips in place. They said to keep walking him so his muscles would stay strong.

Harley was the Best Dog in my son Tom’s wedding. He was the perfect gentleman and was lavished with attention from all the guests. When my mom lived with us she and Harley were afternoon nap buddies. She was not much of a dog person, but he was so gentle and sweet that he won her over. She was determined to teach him to say I love you. He never got the hang of that one. He always knew when someone was sad or sick and gravitated to that person.  When I ruptured a disk at Christmas, he wouldn’t leave my side.

Harley came to Los Alamos in July of 2011. He and my husband Tom became a fixture around town and the unofficial greeters at Ruby K’s. Harley didn’t meet a person he didn’t like, except for some reason a Swedish motorcycle tour group. When they came over to him, he hid under the table. I guess their black leather outfits looked too much like the scary ninjas in the movies he watched with Tom. He had a habit of leaning on people as they petted him and I often worried about children and elderly people falling over, but thankfully no one ever got hurt.

Some of his regular visitors would bring him a bagel bone from Ruby’s and get him to do his one big trick. They would say, “Whoever wants a cookie raise your paw.” And he lifted that paw every time. He also gently cleaned off any leftover peanut butter from the fingers of the children who loved him. One mom told her child that she would let him pet Harley if he was good. We joked that he was helping Los Alamos kids learn to behave.

Sadly, all the hip issues started taking its toll on him in 2014. It started with him dragging his right foot. This resulted in him breaking a toenail off. One of the Los Alamos fire fighters told me to try making him wear a bootie to protect his toes. This worked for a few months. By June he progressed to the point that he was not able to walk the 100 yards to the mailbox to get the mail. This was always one of the highlights of his day. Tom and I began sleeping downstairs because he couldn’t make it up the stairs to his bed.

He progressed to the point that his back legs didn’t work and he didn’t know when he was having a bowel movement. He was horrified when he had an accident. He would put his head between his paws and look so sad. We tried giving him weekly injections (he would barely flinch when I injected him), various pain medications, and of course, the glucosamine that we had been giving him for years. The pain meds resulted in diarrhea, one case was so severe that he ended up in the doggie ICU for a few days. We ran out of pain control options and he began dragging himself across the floor with his front legs. Both back paws had wounds from knuckling under that I cleaned and dressed every day.

We began to discuss what we knew we had to do. I could not bear the thought of euthanizing him. One night when I laid down in bed he squeezed his big old head between the bed and the nightstand and stared in my eyes. If you’re a dog person, you know they don’t stare. As he looked at me I scratched his head and asked him what he wanted. He kept staring. I said, “Do you want us to let you go?” I started crying. He sighed and laid down. We made the decision to end his suffering. Tom made an appointment with the vet for Friday, July 3.

Two days before the appointment I was sitting on the patio with him crying and hoping we were making the right decision when I caught movement out of the corner of my eye. A single white feather floated down and landed on his doggie bed. I have no idea where it came from since I haven’t seen any white birds around. I’ve been told that all these things were signs that we made the right decision, but when I held that big old head in my arms as he took his last breath, I was devastated.

Two of Harley’s favorite people sent us a card that said, “Watching Harley interact with people, especially kids, was a joy to behold. We truly believe he was put here to make the world a better place, and, he certainly has!”

I’m not sure when we will be able to talk about him without crying or when we will stop expecting him to meet us at the door tail wagging and so happy to see us! Many people have told me he’s crossed the rainbow bridge. I had to look it up because I didn’t know what they were talking about. The Rainbow Bridge Poem says dogs will wait for their human just outside heaven across the Rainbow Bridge and greet them when their time comes. On the day Harley died, we saw a beautiful rainbow as we drove into Mesa, Ariz., where rain and rainbows are a rare occurrence.

To everyone that loved Harley, thank you. Your hugs, pats, doggie cookies, and kindness were the highlights of his doggie life. He was an extraordinary dog that we were blessed to have in our ordinary family for 12 years. Rest in peace dear one, no more pain. 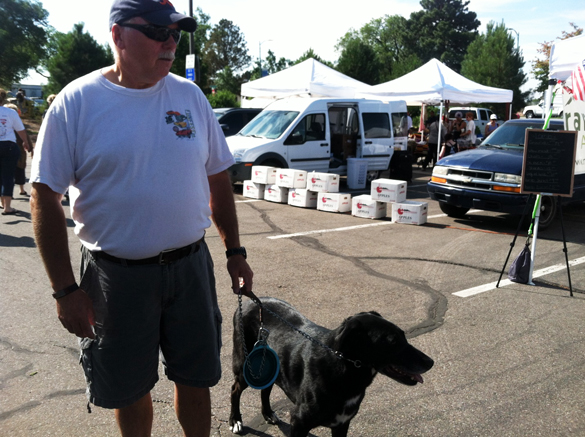