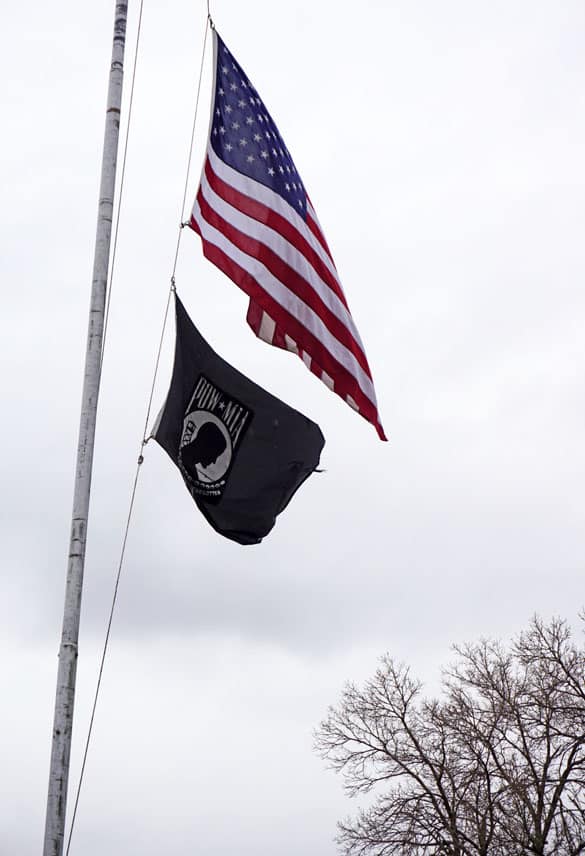 The Veterans of Foreign Wars, John D. Gamble Post 8874 in Los Alamos is hosting a Veterans Day ceremony at 11 a.m. today at Ashley Pond Park in downtown Los Alamos. The community is invited to attend the ceremony and have lunch afterward at the VFW Post on Deacon Street.

In the United States, Veterans Day annually falls on Nov. 11. This day is the anniversary of the signing of the armistice, which ended the World War I hostilities between the Allied nations and Germany in 1918.

Veterans are thanked for their services to the United States on Veterans Day.

Veterans Day is intended to honor and thank all military personnel who served the United States in all wars, particularly living veterans. It is marked by parades and church services and in many places the American flag is hung at half-mast. A period of silence lasting two minutes may be held at 11 a.m. Some schools are closed on Veterans Day, while others do not close, but choose to mark the occasion with special assemblies or other activities.

While Veterans Day is officially observed Nov. 11, if it falls on a week day, many communities hold their celebrations on the weekend closest to this date. This is to enable more people to attend and participate in the events.

On the 11th hour of the 11th day of the 11th month of 1918 an armistice between Germany and the Allied nations came into effect. On Nov. 11, 1919, Armistice Day was commemorated for the first time. In 1919, President Wilson proclaimed the day should be “filled with solemn pride in the heroism of those who died in the country’s service and with gratitude for the victory”. There were plans for parades, public meetings and a brief suspension of business activities at 11 a.m.

In 1926, the United States Congress officially recognized the end of World War I and declared that the anniversary of the armistice should be commemorated with prayer and thanksgiving. The Congress also requested that the president should “issue a proclamation calling upon the officials to display the flag of the United States on all Government buildings Nov. 11 and inviting the people of the United States to observe the day in schools and churches, or other suitable places, with appropriate ceremonies of friendly relations with all other peoples.”

An Act (52 Stat. 351; 5 U. S. Code, Sec. 87a) was approved on May 13, 1938, which made Nov. 11 in each year a legal holiday, known as Armistice Day. This day was originally intended to honor veterans of World War I. A few years later, World War II required the largest mobilization of service men in the history of the United States and the American forces fought in Korea. In 1954, the veterans service organizations urged Congress to change the word “Armistice” to “Veterans”. Congress approved this change and on June 1, 1954, Nov. 11 became a day to honor all American veterans, where ever and whenever they had served.

In 1968 the Uniforms Holiday Bill (Public Law 90-363 (82 Stat. 250)) made an attempt to move Veterans Day to the fourth Monday of October. The bill took effect in 1971. However, this caused a lot of confusion as many states disagreed with this decision and continued to hold Veterans Day activities on November 11. In 1975, President Gerald R. Ford signed Public Law 94-97 (89 Stat. 479), which stated that Veterans Day would again be observed Nov. 11 from 1978 onwards and that continues to be the case today.