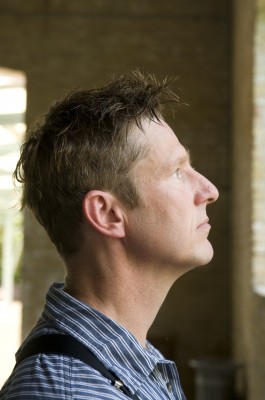 One of the absolute best concerts that the Los Alamos County Summer Series has ever produced was last summer’s Guy Forsyth show.

Guy Forsyth’s latest album is “Freedom to Fail”. It is a message for us and his new born daughter. Guy plays electric and acoustic guitar, banjo, mandolin, baritone guitar, harp, dobro, and singing saw. He’s a master musician, a great singer and songwriter. He’s one of my all-time favorite entertainers.

Forsyth grew up in Kansas City, Mo. And cut his teeth in show business working as a comic stuntman. He soon realized that he was a natural entertainer. In 1990 he moved to Austin, Texas with only a guitar, a harmonica and a few clothes. He’d sing on the streets and bars for tips and soon began to win the attention of the Austin music scene. He formed his own band and began a brilliant career.

In 1994 he formed the Asylum Street Spankers after a rowdy night of partying and jamming. The band became a success in the Indie music world. Speaking about Indie music, he says, “…the music there’s not for a lot of money and it’s a whole lot of work, staying in sleazy hotels (except in Los Alamos) and traveling in stinky vans and stuff like that, and you’ve got to just believe in it.”

I love Guy’s passion, “I just love performing. In many ways, I’m more comfortable on the stage than off … I saw John Hammond play when I was 18. Hammond was so passionate and gave himself over so completely to his performance. It wasn’t like he was indicating anything or representing what the blues should be. He got out of the way and let the song run. It was so immediate and it was so close to life or death.”

Guy Forsyth releases albums and plays concerts because of the ecstasy that he feels when working. He loves to play and his audience catches this ecstasy. He says, “I want to make records and have concerts that are worthy of people’s time to listen to. I’d hate it if I was wasting anybody’s time, because time is the most precious thing we have. If somebody’s gonna give you their attention, you need to make it worth their while.” Guy says his goal is to create magic!

While researching this article, I got a big thrill out of reading www.last.fm/music/Guy+Forsyth/+wiki. The site talks about his unique mix of music, his playing on a mountaintop in Nepal and having “gripping and powerful vocals” as well as a master musician. He’s won numerous Austin Music Awards including “Best Male Vocalist”. The site tells of his playing all over the world including the Austin City Limits Music Festival, High Sierra Music Fest., NY BBQ & Blues Fest., Tonder Music Fest. in Denmark, Belgium’s Rhythm & Blues Fest and the Los Alamos County Summer Music Series!! Folks, we have something truly special (according to some) in our “little” Series and it ain’t so little.

At the beginning of this Friday night’s concert, people will be tapping their feet and enjoying this great and fun performer but by the end, we’ll almost all be stomping our feet and dancing on the asphalt parking lot. When Guy Forsyth was asked by a reporter for www.riffraff.net “What’s next musically for Guy Forsyth?” Guy replied, “Lots of touring and gigs will make it obvious. Come see us, and we’ll figure it out together.” There’s so much lousy and fair, at best, music in the pop music scene, just keep the faith because here come the goods. Guy’s gonna make you smile, laugh, jump, scream and just give you a great performance. Thank you sponsors.

Aug. 9, we’ll kick off the Los Alamos County Fair & Rodeo with a country dance concert by Texas’ James Hyland and the Joint Chiefs. James was the former lead singer and a founding member of the South Austin Jug Band. He’s playing mostly country music these days including his own compositions and covers of such great artists as Willie Nelson, Waylon Jennings, Bob Wills, Billy Joe Schaver and Hank Williams.