Griggs: Macaws On My Mind At Copán, Honduras 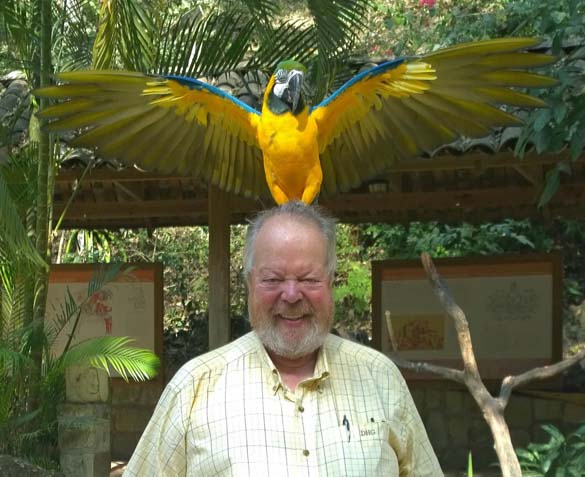 David Griggs poses with macaws in the interactive plaza at Macaw Mountain Bird Park & Nature Reserve. Courtesy photo
By DAVID H. GRIGGS
Foreign Correspondent
Los Alamos Daily Post
Posing with lavishly colored macaws perched on my head and arms was a great photo op and the highlight of the tour. Macaw Mountain Bird Park & Nature Reserve is a beautiful home for rescued birds in Copán Ruins, Honduras.
The history of bird park began on the Caribbean island of Roatan in the 1980s. Roatan resident and North American conservationist and bird lover, Mandy Wagner, began rescuing parrots and toucans.
By 2000 the collection had grown to more than 100 birds comprising more than 20 species. At this point the collection was inherited by US biologist, businessman and long-term Roatan resident, Lloyd Davidson. Davidson purchased a tract of land in Copán with the birds in mind. In 2003, Davidson and Pat Merritt moved the birds by charter airplane to Copán and opened Macaw Mountain.
Macaw Mountain’s nine-acre nature reserve has a varied forest including mahogany, chico zapote, Spanish cedar, laurel, mango, and fig trees. Carlos, our knowledgeable and helpful guide, pointed out the tree Indio Desnudo (gumbo lindo), a tree with peeling bark that is also known as Sunburned Tourist. He also showed us orchids, cardamom, ginger, and coffee plants. Elevated wooden trails and decks offer spectacular viewing of the park’s river, huge boulders, and sloping canyon walls.
The winding paths take you through the forest, back and forth across the river, and past numerous large aviaries, some of which you may enter. An aviary is a large enclosure for confining birds. Unlike cages, aviaries allow birds a larger living space where they can fly; hence, aviaries are also sometimes known as flight cages. The aviaries contain plants and shrubbery to provide perches and to simulate a natural environment.
Great news from Honduras: Macaw Mountain has been breeding macaws. This year the first macaws were released in the archeological park of Copán. This is a project supported by the World Parrot Trust and BOSS Orange in collaboration with Macaw Mountain Bird Park and Nature Reserve, the Honduran Institute of Anthology and History (IHAH), and the Copán Association.
For the hard-core birders out there, here is a partial list of the birds we saw: a black-headed saltatory,  great Curassows,  several types of toucans (rainbow-billed, keel-billed, black-mandible), macaws (scarlet,   blue and gold,  buffoon or great green), parrotlets, parakeets (red-throated), and parrots (red-lored Amazon, yellow-naped, white-fronted, yellow crowned, white crowned), olive-throated conures, emerald toucanets, owls (mottled and great-horned), highland guans, and the striking king vulture.
For those who like the music of the Spanish language, macaws are guacamayas and parrots are papajayos orloros.
Fine-tuned by his hands-on educational experiences at the Redwood Curtain Brewing Company in Arcata, California, my son’s beer radar detected the presence in Copán Ruinas of a good producer of artisanal beer. Our tuk-tuk driver delivered us to a non-descript door in the middle of a residential block in town. Welcome to Sol de Copán, whose German owner and host Thomas has been brewing beer there for 17 years. We quaffed a couple of glasses of his excellent Hefeweizen, and then returned the next evening for a repeat performance.
As one who is the recipient of hospitality from many people in my travels, it was great to have the tables turned. My son Tobias has been a wonderful host to me numerous times at his home in Arcata, California. In February, he flew down to Guatemala on vacation.
This time, I was the entertainer and introduced him to some of the wonders of Central America. In addition to Copán, we spent two days in the historic colonial city of Antigua, Guatemala, and three days in Panajachel on the shores of Lake Atitlán. 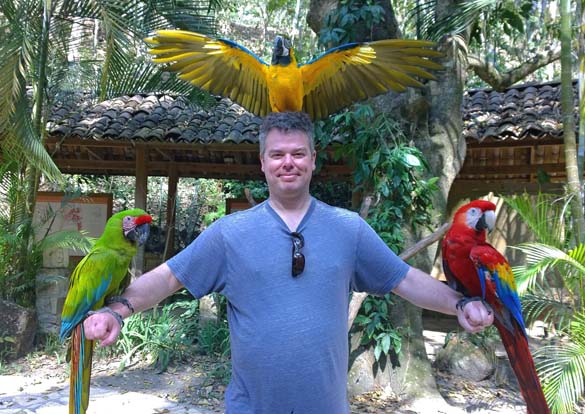 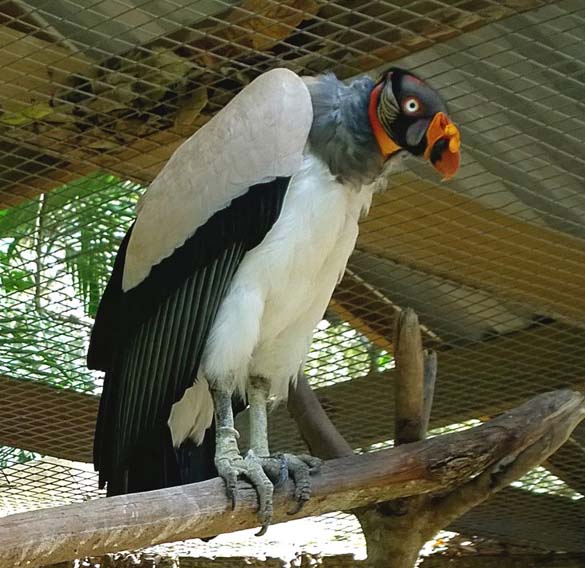 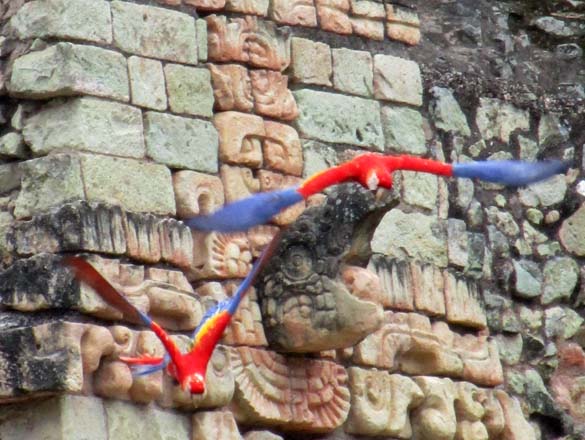