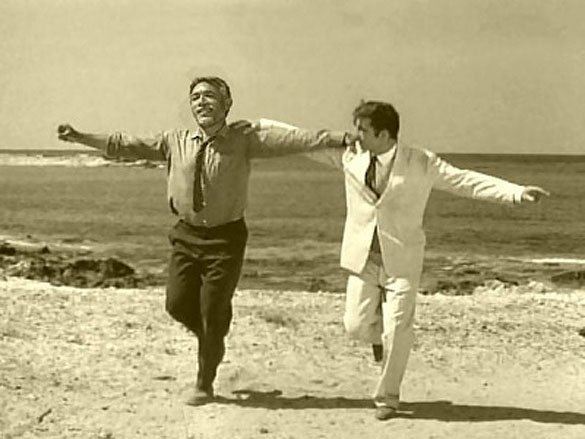 Zorba the Greek. Courtesy/bibliocity.blogspot.com
By DAVID GRIGGS
Foreign Correspondent
Los Alamos Daily Post
Heading south from the border towns of El Paso/Ciudad Juarez, the comfortable Mexican bus navigates the eight-hour ride to the City of Chihuahua. Although I did not see any of the little dogs, which are named after the city, I did have a wonderful time exploring the sights and museums and food.
Casa Chihuahua
One of my first stops was Casa Chihuahua, the former Federal Palace and now a museum. It is located at the head of Libertad, a street that has been turned into a spacious and friendly pedestrian walkway in the heart of the historic district.
Preserved in the basement of the museum is the Calabozo de Hidalgo, “Hidalgo’s Dungeon.” Cell Number One’s most famous occupant was Don Miguel Hidalgo y Costilla, the father of Mexican independence, who was imprisoned here by the Spanish before he was executed next door in 1811.
Bordered in the north by New Mexico and Texas, Chihuahua is the largest state in Mexico. The three floors of the museum have interesting displays of the state’s rugged mountains, sweeping grass-filled plains, and stark deserts, as well as exhibits on art, history, popular culture, and the contributions made by Mormon and Mennonite settlers.
Antonio Rodolfo Quinn Oaxaca
Of special interest to movie-goers out there is an exhibit about Antonio Rodolfo Quinn Oaxaca. Better known as Anthony Quinn, he was born in 1915 in Chihuahua to an Irish immigrant father and a Mexican mother. Perhaps best known for in his Oscar-nominated title role in Zorba the Greek, Quinn had many other great performances in such movies as Lawrence of Arabia, Lust for Life and Viva Zapata!
During a long career that stretched from 1936 to 1994, Quinn played Indians, Mafia dons, Hawaiian chiefs, Filipino freedom-fighters, Chinese guerrillas, Arab sheiks, a Bedouin leader, a Greek resistance leader, and mayor of the Italian winemaking hill town of Santa Vittoria. He also acted on stage, including a role as playing Stanley Kowalski in A Streetcar Named Desire on Broadway in 1947,and King Henry II to Laurence Olivier’s Thomas Becket in 1960.
Here is a link to the haunting music from Zorba’s dance: Click here.
Griggs: City of Chihuahua – November 2016 Part 2
Pancho Villa: Favorite Son and Folk Hero
For me, the center of attraction in Chihuahua was the Museo Casa de Villa – the Museum of the House of Villa. This mansion was built by Villa in the early twentieth century, and inhabited by him when he was governor of the state. It remained the home of Doña Luz Corral de Villa, his “official” widow, until her death in 1981. 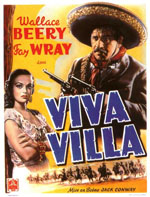 In the museum is a signed movie photo of Wallace Beery, who played Villa in the 1934 blockbuster movie, “Viva Villa!”:
To Mrs. Luz Corral De Villa,
My dearest wishes to you.
Wallace Beery
“Pancho Villa” in Viva Villa!”
(Bonus points for readers who know the most famous movie role played by leading lady Fay Wray.)
Now run by the Mexican Army, the museum hosts an interesting collection of Villa memorabilia, including the bullet-riddled ‘22 Dodge sedan in which he was assassinated in 1923.
Pancho Villa remains a national hero in Mexico: a ruthless bandit and horse thief, a general in the famous army “La División del Norte,” a politician and the governor of Chihuahua, and a Robin Hood-like figure revolutionary leader who advocated for the poor and wanted agrarian reform.
North of the border, his image was enhanced by lurid US media reports. His sombrero and cartridge belts have become the stereotypical accessories of Mexican movie bandiditos ever since.
On March 9, 1916, Villa raided the town of Columbus, New Mexico, the first attack on American soil since the War of 1812. In response, the U.S. sent General John J. “Black Jack” Pershing and several thousand soldiers across the border to hunt for Pancho Villa. After a year searching for Villa without success, they finally withdrew because the US soldiers were needed in Europe for the American entry into World War I.
Menu
Los Alamos
54°
Fair
7:16am6:23pm MDT
Feels like: 50°F
Wind: 9mph SW
Humidity: 23%
Pressure: 30.11"Hg
UV index: 0
WedThuFri
61/39°F
64/41°F
66/41°F
Weather forecast Los Alamos, New Mexico ▸