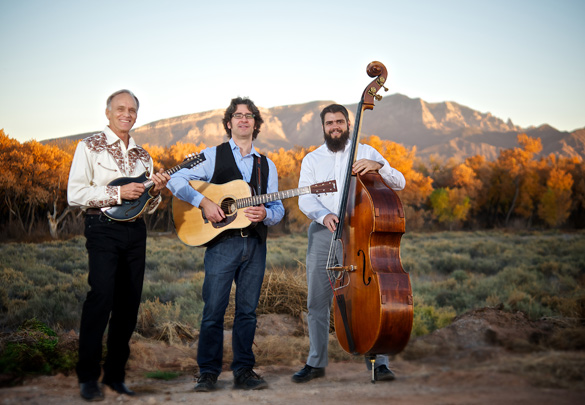 The Gregg Daigle Band will bring its unique acoustic sound to the Manhattan Project Restaurant 7-10 p.m. Friday, Feb. 20. There is no cover charge. The band has a large following in their hometown of Albuquerque and this is an opportunity for Los Alamos folks to find out what the buzz is all about. Bluegrass is the band’s strongest influence, but hardly its only one

The Gregg Daigle Band channels open spaces, warm vibes, and diverse influences – a musical reflection of their home in the Great Southwest, band leader Gregg Daigle said. Their music celebrates a life spent in search of simplicity and nature’s inspiration, he said.

Daigle’s own life has taken him from the bustle of the Northeast to the serene vistas of New Mexico; his musical journey has seen him travel similarly wide expanses.

Like many pickers, it was rock n’ roll that initially put a guitar in Daigle’s hands and he explored many kinds of music. However, it was the rootsy sounds of Bill Monroe and bluegrass that would leave the deepest mark, evident in the strains of acoustic guitar, banjo, and mandolin that abound throughout his music.

“With or without lyrics, The Gregg Daigle Band always has a story to tell,” Daigle said. Instrumental compositions like “Twenty-Nine Wishes” and “Fleckstone” provide not only a showcase for the band’s understated virtuosity, but a sonic vision of places visited and lives lived. Guitar, banjo, and mandolin weave a rich musical tapestry that never meanders, endeavoring to connect with fellow musicians and casual listeners alike.

“Like the ramblers, workers, and families their music depicts, The Gregg Daigle Band is the product of minds and souls in motion – a band on a journey, eager to share the sights and sounds of a life well lived,” Daigle said.

Click the link for a sample of The Gregg Daigle Band’s music: You Tube Video: Fleckstone