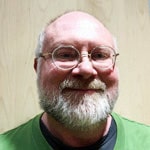 White, who announced his intention to run for Los Alamos County Sheriff in this year’s election as an Independent candidate, has reportedly spent the last several months researching the Los Alamos County Council, the Los Alamos Police Department and Pajarito Environmental Education Center, reviewing thousands of documents under the Inspection of Public Records Act.

His 37-page petition asks the Court to approve recall for “the leader of the Gang of Five, a group of Los Alamos Councilors gone rogue, plunging Los Alamos into lawlessness not seen since the Dalton Gang”.

White accuses Izraelevitz of violating Article X, Section 2 of the New Mexico Constitution by “registering with the Los Alamos County Clerk to serve a third consecutive term exceeding the maximum eight-year limit imposed”. Izraelevitz was first appointed to the Council in 2011 to fill a seat vacated when Gov. Susana Martinez appointed Jim Hall to fill a seat in House District 43 and was then elected to the position in 2014. He is seeking a second elected four-year term on the Council.

A spokesman for Secretary of State Maggie Toulouse-Oliver confirmed Friday afternoon that Izraelevitz’s candidacy is indeed legal under the Constitution because he was appointed to finish a term and served one elected four-year term and can now seek another four-year term. Section 2 states, “All county officers, having served two consecutive four-year terms, shall be ineligible to hold any county office for two years thereafter”.

Los Alamos County Clerk Naomi Maestas also confirmed Friday that her office had researched the issue and checked with Toulouse-Oliver and her staff. She said the annotations for Article X, Section 2 provide clarification and that there are two supporting attorney general opinions on the issue.

“Our office goes above and beyond to follow the law to the fullest,” Maestas said.

White’s petition also accuses Izraelevitz of “advocating the overthrow of the State of New Mexico by illegal and unconstitutional means … by actively causing the County of Los Alamos to rebel against the state and act totally independently rather than as a subdivision of state government, ignoring statutes and the constitution of the state and U.S. he doesn’t like”.

The majority of the 31 counts relate to White’s displeasure with how Izraelevitz and the Council have handled the issue of the duties of the Los Alamos County Sheriff. He accuses Izraelevitz of failing to ask the Council to restore the sheriff’s duties, reinstate the undersheriff and executive secretary’s positions and provide funding for the sheriff’s budget.

White alleges that Izraelevitz “did away with the only elected executive branch county officer, the sheriff, by having an illegal election” and “failing to honor the vote of the citizens for a functional sheriff’s office”.

“(Izraelevitz) outright lied to the citizens at a July 26, 2017 meeting, promising to have an agenda item within 30 days or not much longer to discuss creating a charter commission to deal with the sheriff issue and he has never done that to this date,” White’s petition states.

“(Izraelevitz lies to the citizens of Los Alamos claiming GRT (gross receipts tax) bonds are not included in the debt limit imposed by the New Mexico Constitution and allowing the County to have debt more than three times the constitutional limit, (that the) County is in great shape when in fact it is running major deficits of millions of dollars and may in fact be bankrupt,” the petition states.

Other counts in the petition allege violations of the Open Meetings Act related to the Council meeting agendas, interference with the organization of the probate court and attempting to illegally silence a dissenting councilor.

Izraelevitz said Friday that he has no comment on the petition and Los Alamos County Attorney Alvin Leaphart said his office does not comment on pending litigation.