Governor: TV And Film Production Contributes More Than Half A Billion Dollars To States’s Economy 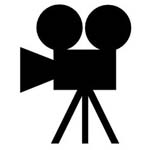 ALBUQUERQUE — Today, Gov. Susana Martinez has announced that film and television production contributed more than half a billion dollars to New Mexico’s economy last year, shattering the previous record by more than $115 million.

“From our talented workforce to our unmatched scenery and robust incentives, the choice is clear – New Mexico is the perfect place for film and television production,” Martinez said. “We’re proud of all our state has to offer, and pleased that our film industry helps us build on our momentum in growing and diversifying New Mexico’s economy.”

Film and television production contributed $505 million into New Mexico’s economy last year, according to data from the New Mexico Film Office. Sixty-one (61) major productions were in principal photography in New Mexico during FY17. The data shows that the industry continues to support more jobs, with over 448,304 worker days in FY17.

“NBCUniversal is grateful for the leadership Governor Martinez and her administration have shown in developing a production tax credit program that is a proven catalyst for direct investment in film and television production across New Mexico,” said Brian O’Leary, senior vice president and tax counsel for NBCUniversal. “The stability of the tax credit program, an expanding and increasingly skilled local workforce and best in class industry support from the New Mexico film office are just some of the critical elements that have led to a thriving industry cluster in New Mexico.”

Today’s announcement follows a recent U.S. Department of Commerce report that shows New Mexico is a leader in economic growth, with the third-highest rate of GDP growth in the nation so far this year. New Mexico also recently saw its largest private-sector job growth in more than a decade, with nearly 19,000 new private-sector jobs since this time last year.

In 2013, Gov. Martinez strengthened New Mexico’s film incentive program by signing a bipartisan job creation and tax reform package designed to diversify the economy and make the state more competitive. Among other things, this legislation increased the incentive rate for qualifying productions.

“Continued growth in the industry means not only dollars into the economy, but also more employment opportunities for New Mexicans,” said New Mexico State Film Office Director Nick Maniatis. “This is the diversity the New Mexico economy needs and we are proud of the hard work and dedication our citizens have provided to build the industry in our state.”