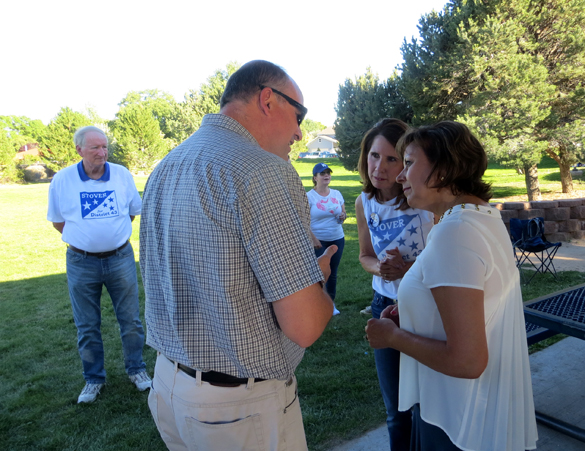 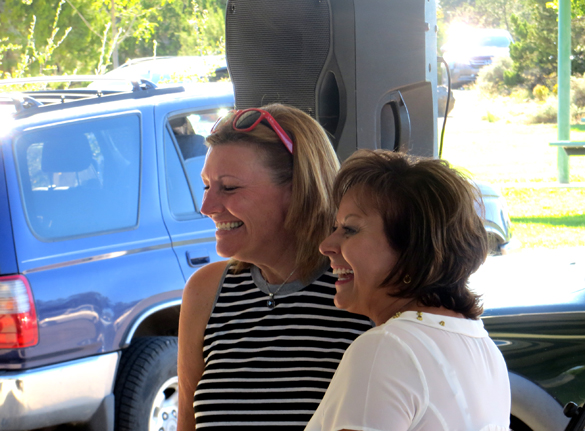 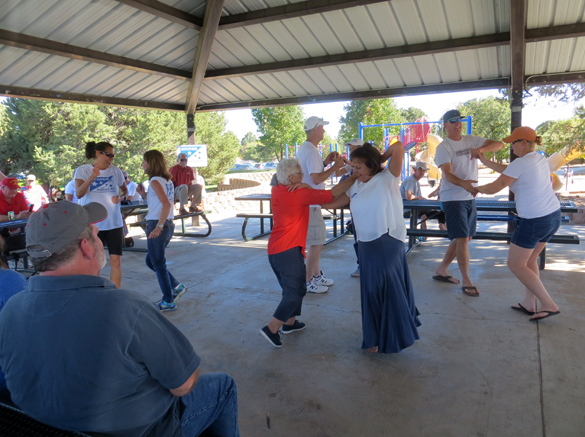 Gov. Susana Martinez, her sister Lettie and others dance to the music of DK and The Affordables at a campaign event for Sharon Stover Sunday at Rover Park in White Rock. Courtesy photo

Gov. Susan Martinez rallied support for Sharon Stover, Republican candidate for House District 43, at a campaign event Sunday, Sept. 18 in White Rock. The governor posed for pictures and kicked off her shoes as she, her sister, Lettie, and others danced to music provided by DK and the Affordables.

Stover introduced Martinez by describing how she and the governor first met during the Las Conchas Fire in 2011.

“You were there with us at the town halls, you were at all the press conferences … you gave me advice, you made sure that all the resources that our state needed were there in real time,” Stover said. “What I took away from that was your compassion when it comes to crises in our state and your leadership. So thank you for that because I learned a great deal from you at that moment.”

The governor began her remarks by congratulating Los Alamos High School teacher Kathy Boerigter on being awarded the Presidential Award for Excellence in Mathematics and Science Teaching.

“When we have teachers that are excellent and great to our kids, they can’t fail,” Martinez said.

She urged the crowd to get out and vote on Election Day and stated, “I know that education, the economy and how we keep safe as New Mexicans … it’s in the balance. It truly is in the balance.”

Martinez marveled at the work done at Los Alamos National Laboratory and the “amazing smart people of Los Alamos.” She described a legislative proposal she supported that would have allowed content experts to teach in New Mexico schools. Martinez explained that the bill would have enabled people with experience in areas like science, engineering and math to work as adjunct teachers after receiving training in classroom management. The governor informed the group that Stover’s opponent, Rep. Stephanie Garcia Richard, voted against the measure.

Stover cited the bill as her reason for entering the race.

“We are short of teachers, and that [bill] would have helped our schools. And more important, our school administration supported that bill,” Stover said. “Why not be the best state and do the best for our kids?”

“Sharon Stover has represented you over and over and over with great honor, honesty, good values, and a belief in family and kids,” the governor said. “She needs to be our next state representative, and I have all the faith in the world she will be amazing.”

“I’m invested. I’m all in. I want to improve our state,” Stover said. “I think we work in silos. We need to start talking to each other and get everybody at the table.” 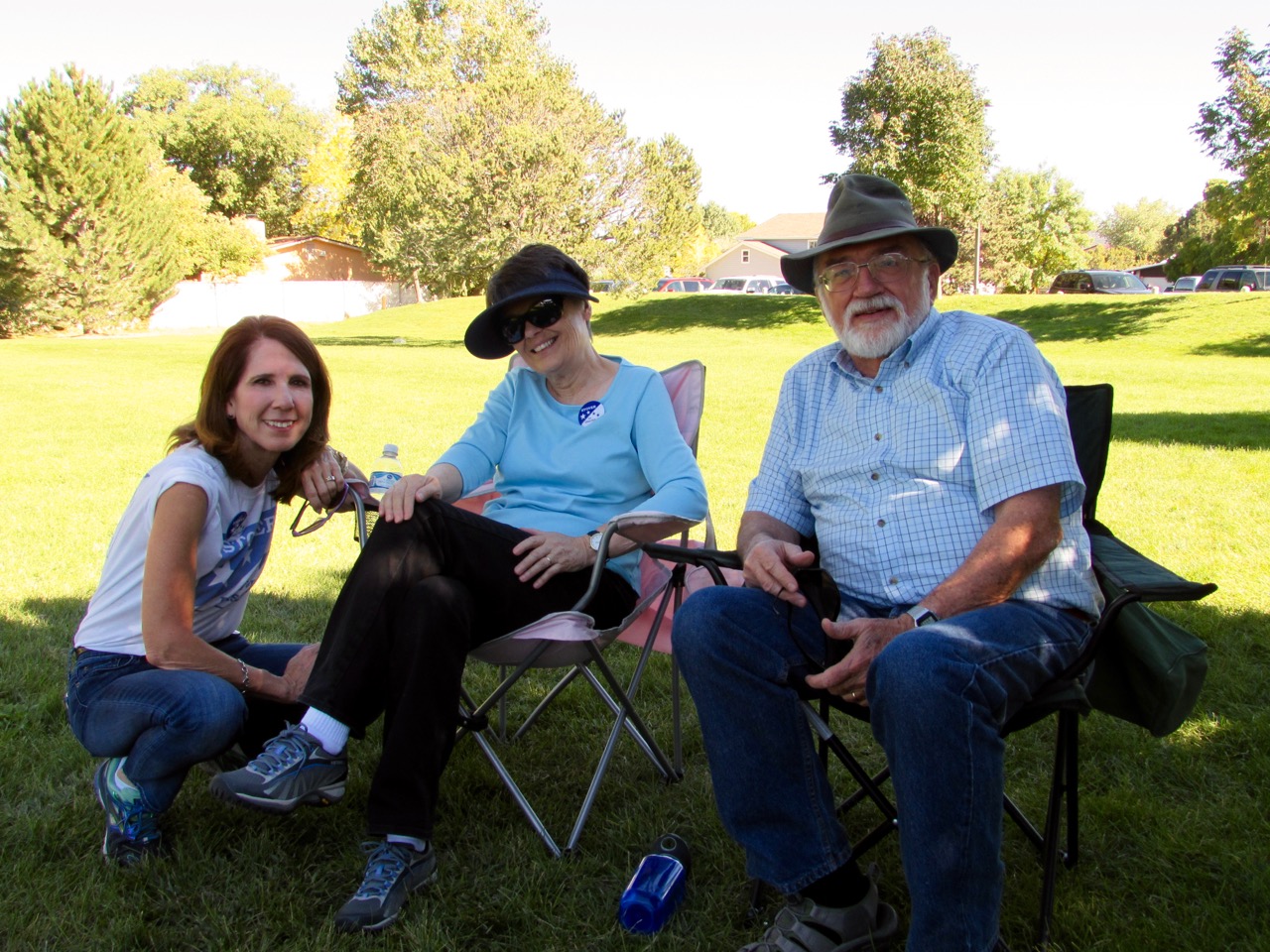