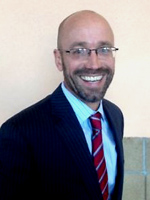 Geisel most recently served as the City of Rio Rancho’s economic development and business relations manager. Geisel also previously served as vice-chair of the New Mexico Economic Development Partnership, EDD’s marketing arm. In that role, he helped Martinez’s economic development team recruit new jobs and investment to New Mexico – including traveling with the Governor on several trade missions around the country that helped close deals with companies like Facebook and PCM.

“Matt knows firsthand what it takes to bring new jobs and investment to our state,” Martinez said. “He was with me when we first met with executives from Facebook in the Bay Area; he’s a proven leader who will continue to spread the message that New Mexico is open for business. I’m looking forward to Matt taking on this new leadership role, and I’m confident we’ll be able to continue building on our momentum in growing and diversifying our economy.”

Secretary Geisel will take over leadership of the Economic Development Department following former Secretary Jon Barela’s departure to become CEO of the Borderplex Alliance. The transition comes as Governor Martinez and her administration have announced thousands of new jobs in communities across New Mexico in recent months. These jobs include a broad and diverse spectrum of industries, including high-tech and traditional manufacturing, healthcare, information technology, finance, and others. Some are homegrown New Mexico companies; others are national leaders in their industries.

For example, Governor Martinez recently announced that Facebook chose New Mexico for the site of its new high-tech data center in its nationwide search. The data center will be built in the Village of Los Lunas, and the project’s initial phase will bring thousands of long-term construction positions and an initial investment of $250 million – with the potential for multiple phases down the pipeline, which would create more jobs and more investment. Long-term, the project has the potential to attract other high-tech companies to the state and transform New Mexico into a hub for data center activity.

Geisel brings a strong and diverse background in both the private and public sectors to the Economic Development Department, including his previous service as vice-chair of the New Mexico Partnership. He holds a Bachelor of Arts in Economics and Spanish from The University of California at Davis, and a Master of Business Administration from the University of California at Los Angeles.