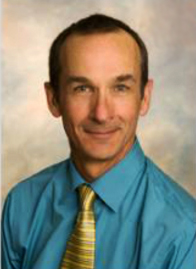 SANTA FE—Today, Gov. Susana Martinez announced that she has appointed Dr. Paul Daly of Los Alamos to the Off-Highway Motor Vehicle Advisory Board. Dr. Daly is a clinic and staff physician at Medical Associates of Northern New Mexico, and previously served as a clinic physician at Acadia Medical Group in Reno, Nev., and Los Alamos National Laboratory in Los Alamos.

Dr. Daly also has worked at the U.S. Naval Hospitals in Bremerton, Wash., and Naples, Italy, and is a veteran of both the U.S. Army and Naval Reserves. He holds an M.D. from the University of New Mexico School of Medicine. He is married to Los Alamos Family YMCA CEO Linda Daly.

Bridget Guenther of Eastwood has been appointed to the Speech, Language Pathology, Audiology and Hearing Aid Dispensing Practices Board. Guenther is a Speech Language Pathologist for the Veterans Affairs Healthcare System in Albuquerque, and is also a veteran of the United States Army, where she was a military intelligence analyst and instructor. Guenther has also served as an assistant to a clinic director at the University of New Mexico. She is certified as a vital stem provider and as a Lee Silverman Voice Therapy Clinician, and holds an M.S. in Speech and Language Pathology from the University of New Mexico in Albuquerque.

Dr. Dennis Reinhartz of Santa Fe has been appointed to the New Mexico Humanities Council. Dr. Reinhartz’s academic experience in history and the humanities spans more than forty years, and he has written numerous books and publications, the most recent of which is “The Art of the Map: An Illustrated History of Map Elements and Embellishments.” Dr. Reinhartz holds a Ph.D. from New York University.

Christine Hall of Albuquerque has been appointed to the Commission for the Blind State Rehabilitation Council. Hall is an impartial hearing officer for the New Mexico Division of Vocational Rehabilitation. Hall worked at Hawaii Centers for Independent Living in the Independent Living Rehabilitation Teacher for Older Individuals who are Blind Program. She has also been a vocational rehabilitation counselor for the blind in Hawaii, as well as a counselor, teacher and social worker in California. Hall holds a B.A. in Social Welfare from California State University in Long Beach.

Daniel Stoddard of Clovis has been appointed to the Eastern Regional Housing Authority. Stoddard is the owner and president of Senior Community Services, and is also active with the New Mexico Veterans Hope Inn. Stoddard serves as a commissioner for the City of Clovis, and is an active member of several associations, including the New Mexico Municipal League Director at Large, the State of New Mexico Music Commission Board, and the New Mexico Assisted Living Services Organization. Stoddard holds an A.A. in Liberal Arts from Clovis Community College.

Tim Gallegos of Las Vegas has been appointed to the Northern Regional Housing Authority. Gallegos is the executive director of Somos Familia – Family Institute, Inc. Gallegos was the chief of police for the Las Vegas Police Department, and has also served as captain of the Special Operations Division. Gallegos’ law enforcement career also included service as the lieutenant for the Office of Emergency Management and as sergeant in the Planning and Training Division in the Crime Prevention Unit.

Alfred Abeita of Gallup has been appointed to the Northern Regional Housing Authority. Serving in various capacities for the City of Gallup from 1959-1986, Abeita was appointed to the New Mexico Emergency Management Homeland Security Advisory Board, he served as the Navajo Regional Continuity of Operation program coordinator, and has also worked for U.S. Department of the Interior’s Office of Facility Management. Abeita started the emergency medical technician (EMT) program for Gallup and McKinley County in the same year he was hired by the City of Gallup to be its first fire chief. Abeita is a life member in the Tri-State Fire Association and a life member and past President of the New Mexico Firefighters Association.

Frank Zubia has been appointed to the New Mexico Sentencing Commission. Zubia is the director of the Crime Victims Reparations Commission. Zubia previously served as deputy superintendent of the John Paul Taylor Center, a juvenile rehabilitation facility in Las Cruces, and as director of special programs at the Third Judicial District Attorney’s Office. Zubia holds a B.A. in Government with an emphasis in Criminal Justice from New Mexico State University.

Paul Dumont of Albuquerque has been appointed to the Board of Acupuncture and Oriental Medicine. Dumont is the owner of Westside Family Acupuncture, where he specializes in pain relief and pain management, and his general practice includes digestive health and emotional balancing. Before opening his practice, Dumont was an acupuncture intern at SWAC Clinic of Oriental Medicine, the National Hospital of Traditional Medicine, Healthsouth Rehabilitation Hospital, and the Safe-House Women’s Shelter. Dumont holds an M.S. in Oriental Medicine from Southwest Acupuncture College in Santa Fe.

Suzanne Smart of Albuquerque has been appointed to the Board of Acupuncture and Oriental Medicine. Smart has been in private practice at Nob Hill Acupuncture in Albuquerque since 1996. She holds a D.O.M. from Southwest Acupuncture College.

Suzanne Pfeiffer of Las Cruces has been appointed to the Board of Acupuncture and Oriental Medicine. Pfeiffer is the billing supervisor and coder at the office of Carlos A. Cadena, D.P.M., PC. Pfeiffer also worked as an x-ray technician and coder at the Chiropractic Care Center. Pfeiffer holds an A.A.S. in Secretarial Administration from New Mexico State University.

Glenn Cutter of Mesilla has been reappointed to the New Mexico Arts Commission. Cutter and his wife owned and operated Glenn Cutter Jewelers and Gallery in Las Cruces for thirty-four years before opening Cutter Gallery – Fine Art, Antiques, and Jewelry. Cutter has been active in New Mexico’s communities for the past thirty-five years and has served as president of Las Cruces Rotary Club and the New Mexico State University Foundation, and as founding president of Las Cruces Symphony Association, founding chairman of Capitol Arts Foundation of New Mexico, and co-chairman of the Las Cruces Arts Fair.

Jake Lopez of Portales has been reappointed to the Community Development Council. Lopez has been a commissioner in the City of Portales and Roosevelt County for a combined twenty years. Lopez has experience serving on numerous boards, and he was a supervisor of four medical clinics around New Mexico for a combined thirty-five years.