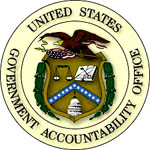 DOE News:
WASHINGTON, D.C. – Senators Ron Wyden, D-Ore., Edward J. Markey, D-Mass., and Claire McCaskill, D-Mo., were joined Thursday by federal contractor whistleblowers Sandra Black and Walt Tamosaitis to release a Government Accountability Office (GAO) report on whistleblower retaliation at the Department of Energy (DOE).
Black, a contractor employee at DOE’s Savannah River site in South Carolina for more than 30 years was fired for cooperating with the GAO during its collection of information for the report. Tamosaitis was fired after raising safety and design concerns at a multi-billion dollar construction project to treat high-level radioactive waste at the DOE’s Hanford Reservation in Washington.
Wyden, McCaskill and Markey requested the GAO report in March 2014.

The Department of Energy (DOE) has used a combination of independent reviews and contractor self-assessments to evaluate the openness of the environment for raising safety and other concerns. The independent reviews, which were methodologically sound and consistently applied, revealed problems with the environment for raising concerns. In contrast, many self-assessments used flawed and inconsistent methodologies and overstated the openness of the environment. For example, self-assessment survey response rates were as low as about 5 percent and were not sufficient for drawing conclusions. Contractor officials told GAO that the low response rates, in some cases, reflect a concern about anonymity. Nonetheless, additional independent assessments are not planned. Instead, DOE plans to provide voluntary guidance to contractors and rely on them to conduct evaluations and take appropriate action in response to results. Consequently, DOE cannot judge the openness of its environment or ensure that appropriate action is taken in response to evaluation results.

Several factors may limit the use and effectiveness of mechanisms for contractor employees to raise concerns and seek whistleblower protections. For example, contractor employees seeking a remedy for alleged retaliation may find DOE’s whistleblower program difficult to navigate without legal assistance because it includes filing motions and appeals and arguing before an administrative judge. One case GAO examined was dismissed because the complaint was too vague. On appeal, more specific information was provided but was considered a recharacterization of events and the appeal was denied. A new statutory whistleblower pilot program available to DOE and other government contractors may mitigate some of these challenges. Under the pilot program, DOE’s Office of Inspector General investigates alleged retaliation, and officials with this office told GAO that legal assistance would not be necessary. The pilot program expires in January 2017, however, and DOE has not evaluated the extent of its implementation or whether it might mitigate challenges of the existing program.

DOE has infrequently used its enforcement authority to hold contractors accountable for unlawful retaliation, issuing two violation notices in the past 20 years. Additionally, in 2013, in response to proposed revisions to its enforcement guidance, DOE determined that it does not have the authority to enforce a key aspect of policies that prohibit retaliation for nuclear safety-related issues—despite having taken such enforcement actions previously. In May 2016, DOE announced tentative plans to issue regulations to resolve this issue. Also, DOE has taken limited or no action to hold contactors accountable for creating a chilled work environment—in part because DOE has not clearly defined what constitutes evidence of a chilled work environment or the steps needed to hold contractors accountable. DOE officials provided GAO with examples where:

Why GAO Did This Study

DOE relies on contractors to manage and operate its facilities and perform its missions. Under federal laws, regulations, and DOE policies, contractors generally must maintain an open environment for raising safety or other concerns without fear of reprisal.

GAO was asked to examine whether the culture at DOE allows contractor employees to raise concerns without fear of reprisal. This report examines (1) DOE’s efforts to evaluate the environment for raising concerns and what these evaluations revealed, (2) factors that may limit the use and effectiveness of mechanisms for raising concerns or seeking whistleblower protections, and (3) the extent to which DOE holds contractors accountable for unlawful retaliation and creating a chilled work environment. GAO reviewed DOE’s safety culture assessments, analyzed 87 DOE whistleblower case files, and interviewed DOE officials at 10 of its largest sites and headquarters.

GAO is making six recommendations, including that DOE conduct independent assessments of the environment for raising concerns, evaluate whether the whistleblower pilot program will mitigate challenges with the existing program, expedite timeframes for clarifying regulations, and clarify policies to hold contractors accountable. DOE agreed with five recommendations. It did not concur with the sixth, but outlined steps it would take that are consistent with an aspect of the recommendation. GAO continues to believe the recommendation should be fully implemented.