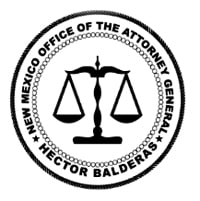 From the Office of the Attorney General:

Under the settlement, the U.S. will make cash payments to New Mexico of $18.1 million for response costs, $10 million for restoration of injured natural resources, and commit to providing an additional $3.5 million to state water quality and cleanup activities through Clean Water Act and Superfund grants.

“Today is a turning point for communities who were devastated by the Gold King Mine blowout. While the San Juan and Animas rivers have healed from the spill, it’s time for communities like Farmington, Bloomfield, and Aztec to do the same,” Gov. Lujan Grisham said. “This $32 million settlement is what communities and watersheds impacted by the spill deserve in light of the federal government’s role in the disaster. The funds will help to make these communities whole once again and protect the river now and for future generations.”

“This ecological and economic restoration is critical to the region, and my office will always fight to leverage traditional communities that directly bear the brunt of the negative impacts of environmental crisis,” Attorney General Balderas said.

The state will use the $18.1 million to bolster the area’s agricultural and outdoor recreation economies; mitigate the negative perceptions about the Animas and San Juan rivers caused by the spill; provide ongoing monitoring of water quality; and identify and clean up sources of pollution to protect drinking water. The Attorney General’s Office will work in close coordination with the New Mexico Environment Department in prioritizing projects for these funds.

“While no amount of money can ever undo the damage caused by the disaster, this strong settlement adds to the state’s earlier $11 million in damages from the mining defendants to focus on restoration and recovery for communities,” Environment Secretary James Kenney said. “We are ready to move from litigation to partnership and action as we tackle legacy contamination and enhance local economies in Northwest New Mexico.”

The $10 million for natural resource damages will be allocated to projects to restore or replace injured natural resources and the services they provide, as determined in a Restoration Plan to be developed with public input. This may include, among other things, river, land, and watershed restoration and conservation.

“This groundbreaking settlement is significant in that all parties recognize that natural resource restoration is an essential element in making whole the communities along the San Juan and Animas rivers who were impacted by the Gold King Mine release,” Natural Resources Trustee Hart Stebbins said. “My office will work with stakeholders in this region whose livelihoods and environment were directly affected by the contamination to identify and fund restoration projects that compensate them for losses.”

On Aug. 5, 2015, contractors attempting cleanup work on behalf of the EPA caused a release of millions of gallons of acid mine drainage and tons of toxic metals from the Gold King Mine in Colorado. The plume from the release caused the Animas and San Juan Rivers to turn bright yellow through Colorado, New Mexico and the Navajo Nation to Lake Powell in Utah. The release also forced communities to close intakes for drinking water systems, prompted many farmers to stop irrigating their crops, and drastically decreased recreational use of the rivers. Although the rivers are now safe for irrigation and other uses, the stigma associated with the event has had lasting effects on the region’s economy.

In response to the release, the New Mexico Environment Department and the Attorney General filed a lawsuit in May 2016, against the EPA, the contractors, and certain mine owners, seeking recovery of response costs, damages, and injunctive relief. New Mexico has aggressively pursued its claim ever since, seeking to hold the EPA and others accountable. Similarly, the Navajo Nation filed suit against the EPA and finalized settlement with the federal government this week.  While New Mexico and the Navajo Nation pursued separate lawsuits, the cases were consolidated and there will be coordination of remedies.

New Mexico will continue to aggressively pursue relief for damages from Weston Solutions, Inc. and Environmental Restoration, LLC, the federal contractors who contributed to the cause of the blowout and are still defendants in the State’s lawsuit.