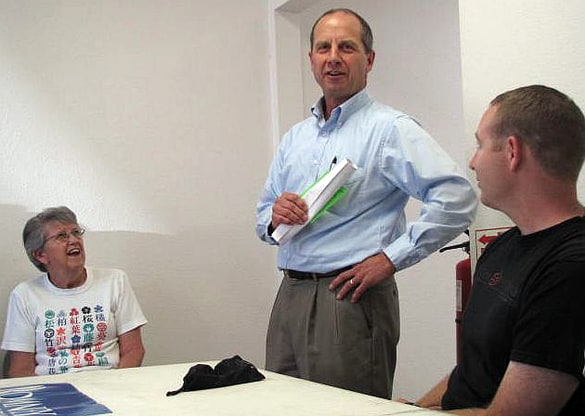 “We are very sorry that Roger had to withdraw, but we understand and are so pleased that Steve was able to step in and fill the vacancy,” longtime Republican leader JoAnn Johnson said. “Steve is so capable and will make an outstanding councilor.”

Girrens told the Los Alamos Daily Post that he felt it was important to keep projects moving forward around the community.

“I’ve lived in Los Alamos for more than 33 years and the tap root runs deep … I’m committed to this town and I’m here to stay and I look forward to the next 33 years,” Girrens said. “We’ve got some very good things going and I feel compelled to keep that momentum going … there are infrastructure improvements underway and they have got to be completed … they won’t be without challenges but we must get these things accomplished.”

Girrens is married to Council Chair Sharon Stover whose term ends just as his will start if elected. She was attending a New Mexico Association of Counties meeting in Ruidoso when the local GOP appointed Girrens this evening.

The Committee discussed the fact that Stover is running for Los Alamos County Clerk and there is precedent of husbands and wives both serving elected office in this County.

He is the Associate Director for Engineering Sciences at Los Alamos National Laboratory.

Girrens and Stover have two children. Quinn is a third year law student at Denver University and Craig is a senior at Colorado State University. 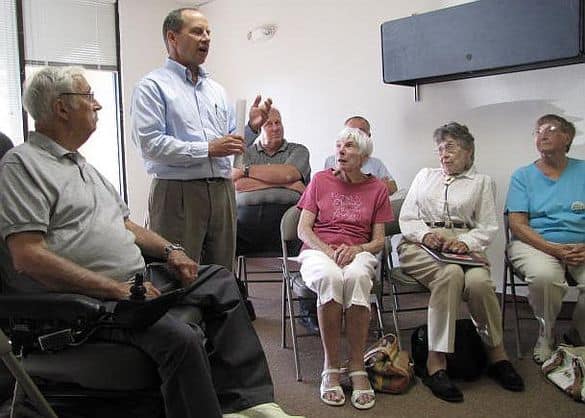 Steven Girrens answers questions from GOP Central Committee members before they unanimously appointed him this evening to fill the County Council candidate vacancy that occurred recently. Photo by Carol A. Clark/ladailypost.com 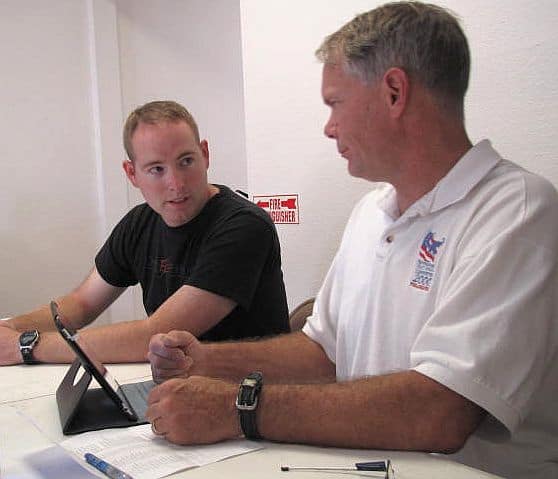 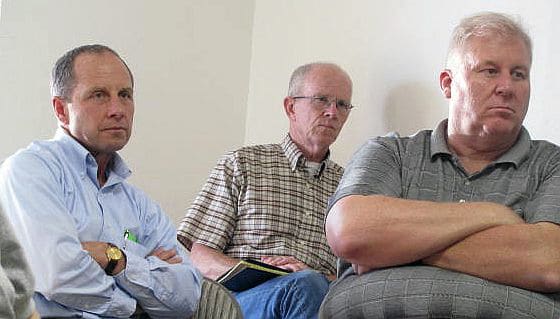 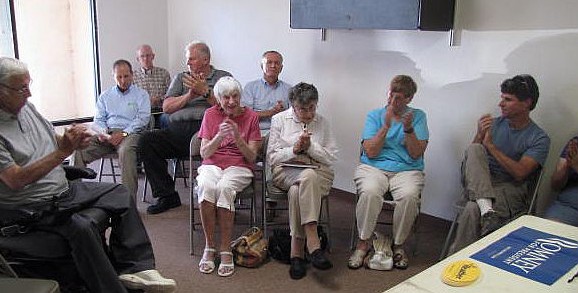