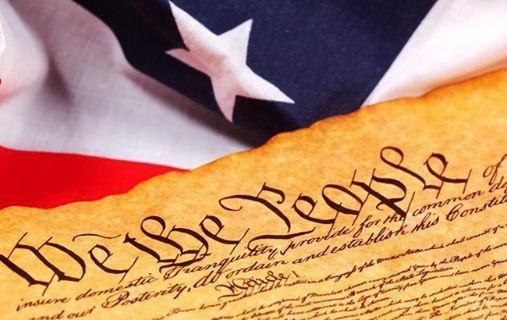 The Constitution Day Essay Contest is designed to challenge students to learn more about the U.S. Constitution and to express original, thoughtful ideas in essay writing. Essays were judged on how completely and clearly the ideas were stated and supported. Grammar, spelling and punctuation also were considered.

The Articles of Confederation – The Right Choice For America

During the Revolutionary War, the Articles of Confederation were put in place in an attempt to keep the newly “united states” together. They were fighting for their freedom from a country that had been taxing them with no Parliamentary representation for years. This specific offense endowed the colonists with a burning desire to control their own fate. After breaking away from England and its monarchy, the members of the new fledgling nation were terrified of an individual having too much power. Because of this, in the Articles there is no power for the federal government to control taxes, trade, or have a central leader.

The Founding Fathers knew that the citizens would only trust the government if it was highly localized because the citizens felt more allegiance to their state than to the Union as a whole. If someone had been asked what their country was in this time, they would have said “Virginia” or “South Carolina,” not America. Having a Constitution as we have today would have been an unspeakable act of monarchial control. This is why the Articles were so weak: nothing else would have passed.

Although the Articles of Confederation are generally considered to have been a failure by most historians, I believe the opposite. While they were not very effective, they were exactly what the country needed at that time. Effectiveness does not always equal success. If the Founding Fathers had chosen to create a more heavy-handed central government that had more powers than the states, no one would have approved it.

Because the Articles needed to be ratified by all thirteen states, they needed to be a very loose confederacy to make sure that all states felt that they had the power to control themselves. The people of America were still trying to figure out who they were as a group without an all-controlling power across the sea. Although they were otiose and feeble, the Articles were the colonies’ first taste of self-government. For the first time in their history, they could choose for themselves what they wanted the government to look like. While this was the beginning of democracy in America, there were so many contrasting ideas that the only way to appease the majority of Americans was to leave most of the power to the states.

This seems like a horrible idea to people nowadays, but it actually united the states and eventually paved the path to what we now know as our Constitution.

All of these reasons are why I believe that the Articles of Confederation were the most effective choice for the colonies and that the framers made the correct decision.

The Articles of Confederation had noble goals, but failed to effectively govern our country. Although they had weaknesses, they succeeded in bringing the colonies together and establishing freedom for citizens.

The Articles united the colonies when attempts like Ben Franklin’s Albany Plan failed. It says in Article III that “The said states hereby enter into a firm league of friendship with each other.” Once they were unified, they could be recognized as an official country rather than multiple colonies.  It allowed the states to work together to win the war with Britain. It also authorized the government to sign a treaty with Britain to end the war.

One of the main ideals of the United States is to be free. The former colonies also wanted to be as far from monarchy as possible when it came to their government. Article IV gave the same rights of citizenship to citizens of the new country no matter which state you were from. It allowed people to be free to move between states. The freedom to move established a feeling of nationalism. It gave people more options for jobs than when they were colonies of Britain. Article IV also says that citizens will have “…all the privileges of trade,” which means that people could sell goods in more places.

These two strengths of the Articles allowed the United States to win the war with Britain and have free, loyal citizens, which were the foundation for our new, growing country.

The Best of the Articles of Confederation

The Articles of Confederation were a good first try. In fact, some of the ideas from the articles were so good the founding fathers could have included them in the Constitution.

My favorite is Article 2. This article gives states more rights to govern themselves.

That’s very important because colonists used to live in England. They were ruled by a king and moved to the America because they didn’t like it. So, they wouldn’t want that kind of rule again in the United States.

If we were still ruled by the Articles, states would have more rights to govern themselves and the federal government would be able to boss them around, like the king of England did.

I also like Article #5 because of term limits. Without term limits, leaders could make bad choices and keep reelecting themselves. Term limits give other people a chance to create new ideas that can make America stronger. Also, leaders couldn’t lead forever like the king of England.

New Mexico was not one of the first 13 states but it is good to think about how our state would be different with the Articles of Confederation. For example, Article 5 would let the state have more power and not be told everything to do by congress or the president.

With this power New Mexico could pass its own laws to do things like increase the speed limit and let people buy and carry weapons wherever they want so they can hunt or protect their families.