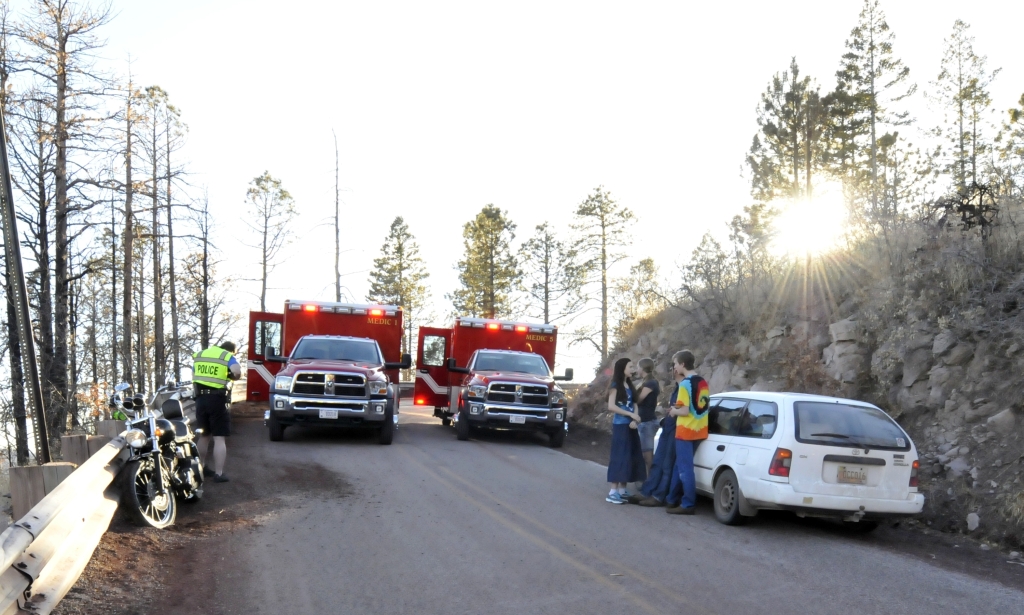 Two Albuquerque residents riding a motorcyle down N.M. 4 toward Los Alamos hit the guardrail and were thrown over the side at approximately 5:20 p.m. Thursday and were transported to Los Alamos Medical Center.

The Los Alamos Daily Post spoke to eyewitnesses who rendered assistance to the accident victims at the scene.

Los Alamos resident, Matt Filer was driving with his three children, Samantha, Bethany and Nathan, toward the Jemez Mountains when they witnessed the accident.

“They were taking the corner too fast and they hit the guardrail. Both of them popped off and over the edge. The people on the motorcycle were the only ones involved in the accident,” Matt Filer said.

Filer said that the two victims, a man and a woman, both sustained possible leg compound fractures and the woman hurt her arm. He said his children assisted as first responders.

“We went down to sit with them and make sure they didn’t move around. They popped up into the air because they took the corner too fast. It was their first time in the mountains as they are used to riding in Albuquerque.”

The man was driving the motorcycle and he told Matt Flier that when he took the sharp corner, he couldn’t figure out whether to straighten out or turn and he ended up hitting the guardrail and their back tire popped up and they went flying.

Matt Filer said that his daughters, Samantha and Bethany both helped and were “very brave.” Samantha told the Los Alamos Daily Post that “it was very steep and the woman was slipping down the hill, so I held her arm.” 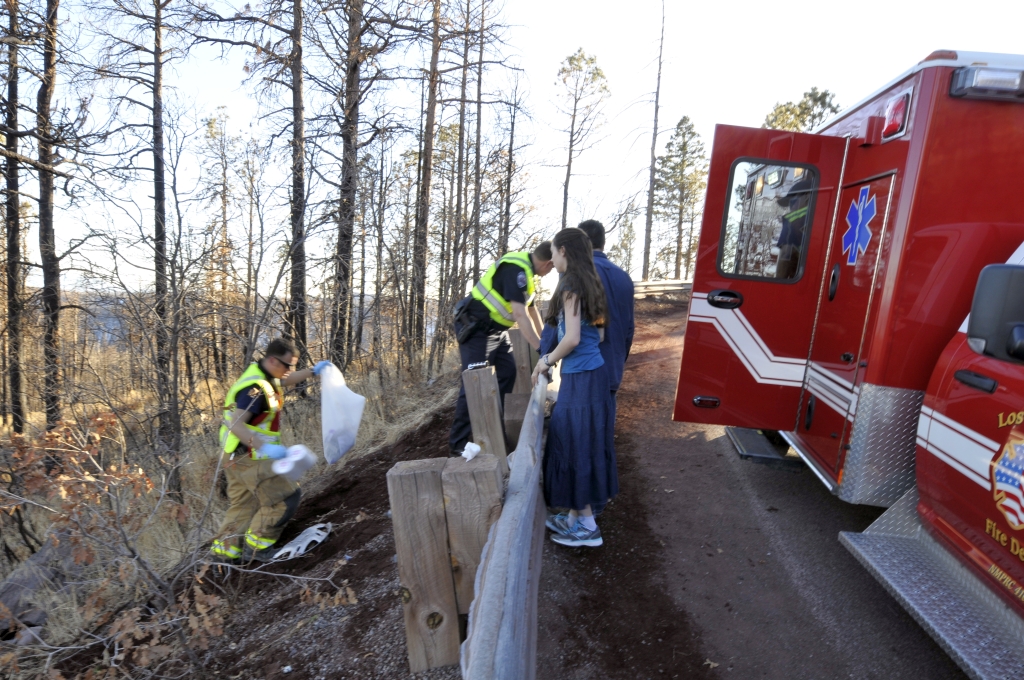 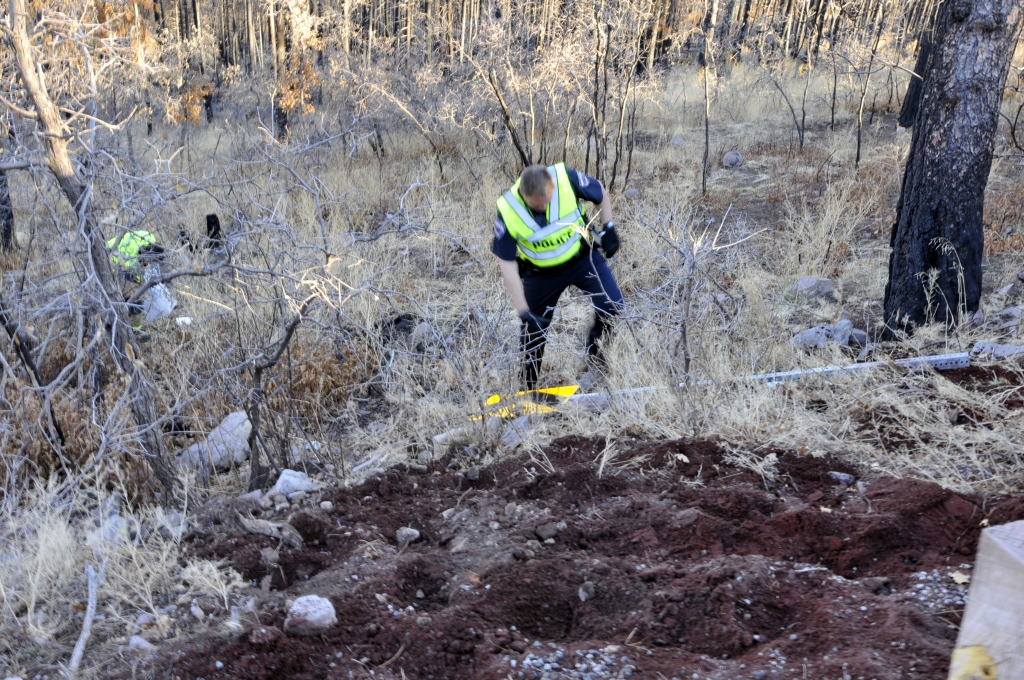 Police officers in yellow vests stand approximately where the two motorcycle riders landed after flying off of their bike Thursday. Photo by Greg Kendall/ladailypost.com 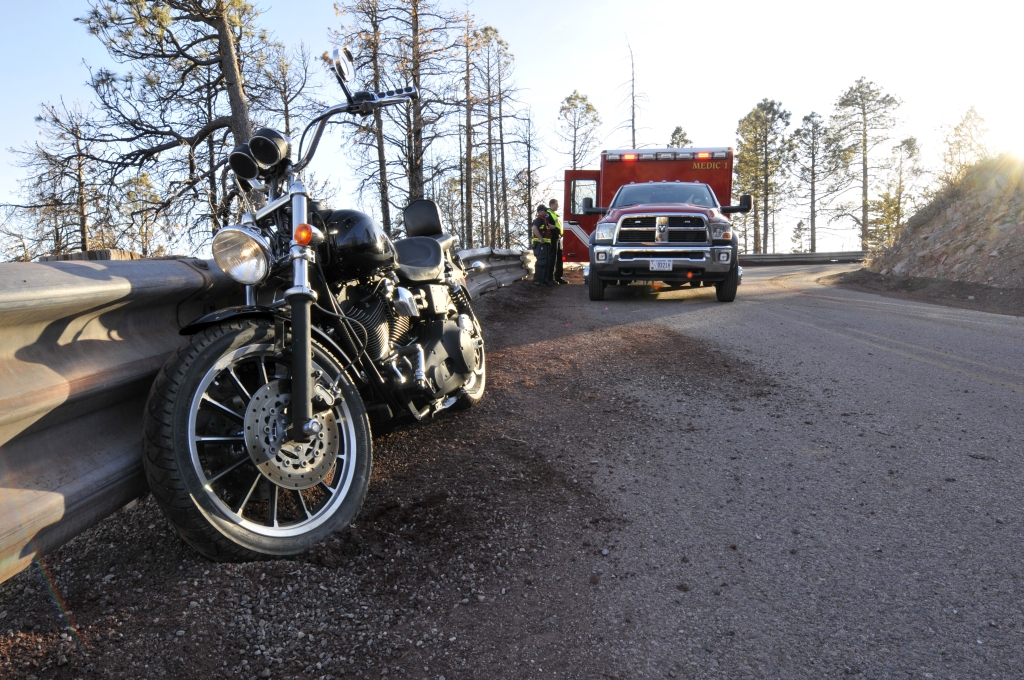 The motorcycle came to rest in this spot after the two riders were ejected over the guardrail. Photo by Greg Kendall/ladailypost.com 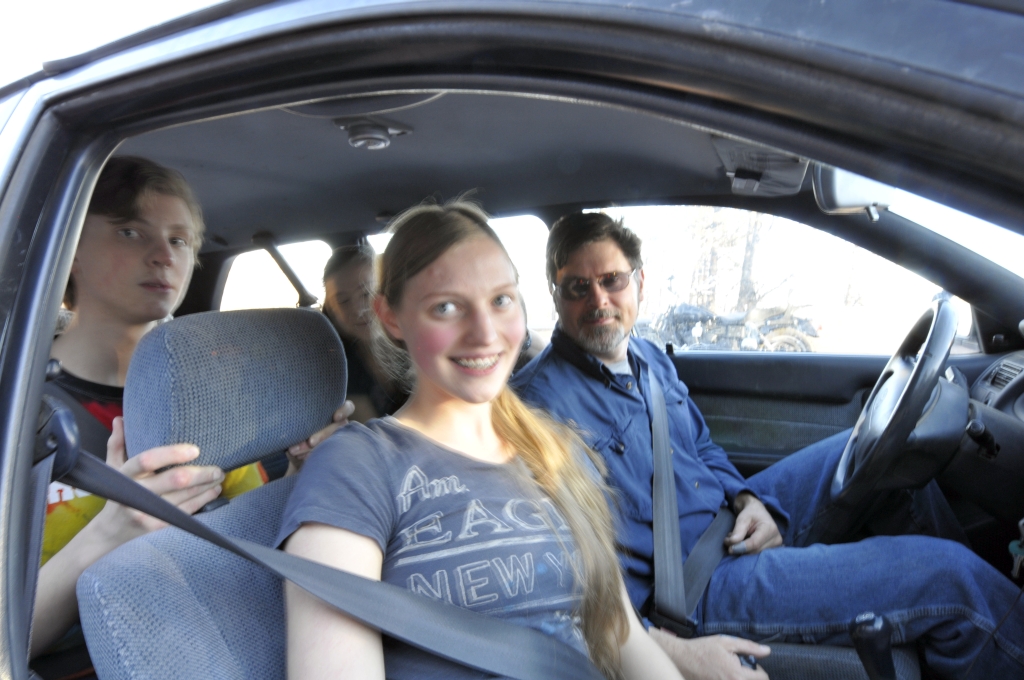 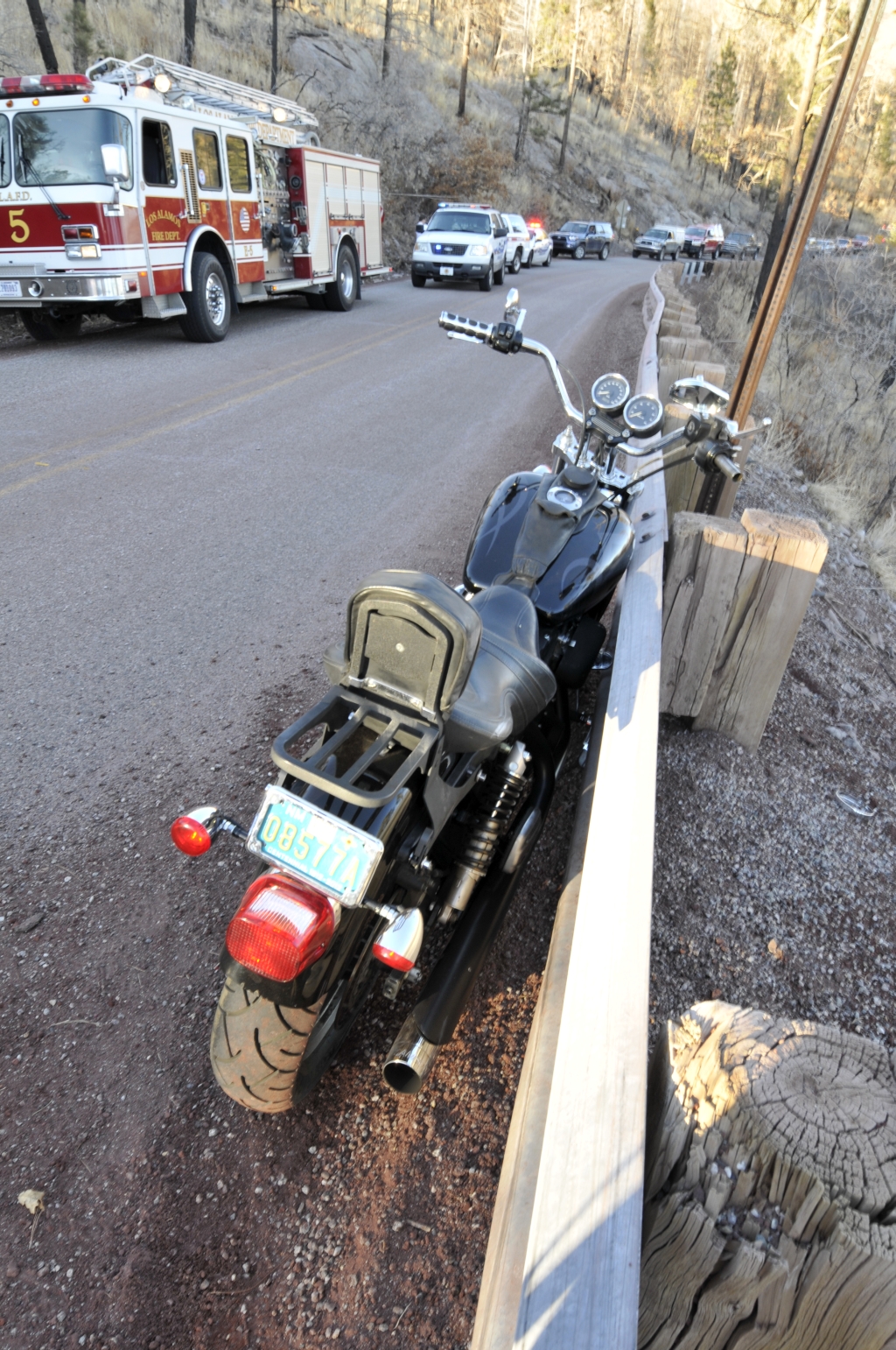 Evening commuters wait for ambulances to transport two injured motorcyclists from the crash scene. The Motorcycle was barely scratched as a result of the accident. Photo by Greg Kendall/ladailypost.com