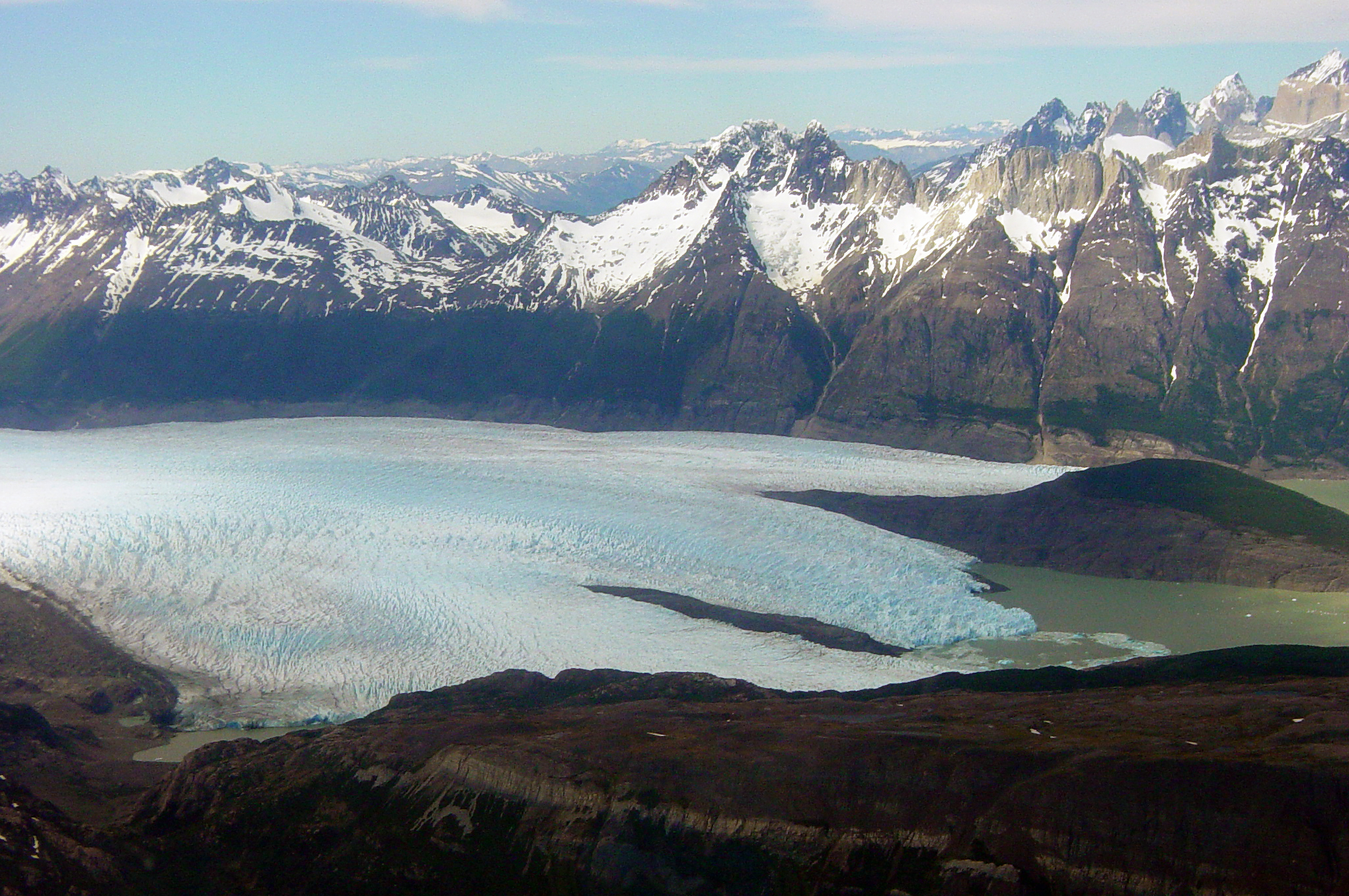 The thinning of the Grey Glacier in Patagonia is visible by comparing the current glacier with the bottom of the vegetation line on the surrounding mountains — where the glacier reached until recently. Photo by Andres Rivera

WASHINGTON – For the past four decades, scientists have monitored the ebbs and flows of the icefields in the southernmost stretch of South America’s vast Andes Mountains, detecting an overall loss of ice as the climate warms.

A new study, however, finds that the rate of glacier thinning has increased by about half over the last dozen years in the Southern Patagonian Icefield, compared to the 30 years prior to 2000.

“Patagonia is kind of a poster child for rapidly changing glacier systems,” said Michael Willis, lead author of the study and a research associate at Cornell University in Ithaca, New York. “We are characterizing a region that is supplying water to sea level at a big rate, compared to its size.” 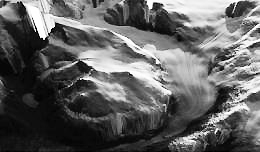 The new study shows that the icefields are losing ice faster since the turn of the century and contributing more to sea level rise than ever before.

Earlier studies determined that between the 1970’s and 2000 both icefields, which feed into surrounding oceans as they melt, together raised global sea levels by an average of .042 millimeters each year.

Since 2000, Willis and his colleagues found that number increased to 0.067 mm of sea level rise on average per year – about two percent of total annual sea level rise since 1998.

The Southern Icefield, which Willis and his colleagues focused on, loses around 20 billion tons (gigatonnes) of ice each year, the scientists calculated, which is roughly 9,000 times the volume of water stored by Hoover Dam annually.

Cumulatively, the Southern Patagonian Icefield has lost enough water over the last 12 years to cover the entire United States with 2.7 centimeters (about 1 inch) of water.

Include melting of both icefields, and that amount increases to 3.3 centimeters (1.2 inches), the scientists report.

The collaborative study between scientists from Cornell University and the Center for Scientific Studies (CECs) in Valdivia, Chile, is published Sept. 5 in Geophysical Research Letters, a journal of the American Geophysical Union.

Using 156 satellite images taken over the 12-year period by NASA’s Advanced Spaceborne Thermal Emission and Reflection Radiometer (ASTER) instrument and data from the Shuttle Radar Topography Mission, the scientists mapped how the Southern Patagonian Icefield changed in height and overall size between February 2000 and March 2012.

The team compared its findings with a different set of observations from twin satellites known as the Gravity Recovery and Climate Experiment (GRACE.)

From their new map, the scientists identified individual glaciers and how much each has thinned – i.e. shrunk in height -since 2000. On average, the Southern Patagonian Icefield glaciers have thinned by about 1.8 meters (5.9 feet) per year.

“We find some glaciers are stagnant and even that some have advanced slightly but on the whole, retreat and thinning is prevalent,” Willis said. “Interestingly, we see thinning occurring up to the highest elevations, where presumably it is coldest.”

Warming air temperatures contribute to the thinning at the highest and coldest regions of the ice field, Willis said. Moreover warmer temperatures mean greater chances that rain, as opposed to snow, will fall on and around the glaciers.

This double threat of warming and more rain may, in turn, change the amount of water beneath the glaciers. More water means less friction, so the glaciers start to move faster as they thin, moving even more ice in to the oceans.

Rising lakes at the front of the glaciers may also play a part as they eat away at the icy edges faster, causing the glaciers to retreat even further.

“Precipitation is a huge component and likely causes large changes in mass input, and therefore net balance,” said Alex Gardner, an assistant professor at Clark University in Worcester, Massachusetts, who was not involved with the study but studies glaciers and ice sheets. “[This new research] shows very high rates of mass loss and it would be great to see a follow up study on how lakes modify these rates of loss.”

Even though scientists have yet to understand exactly how warming temperatures will continue to influence these South American icefields, this new study provides valuable information for future predictions, Gardner said.

“A study like this really provides a strong data set to validate and calibrate glacial models that we could then use to simulate future changes in glaciers,” he said. “Modeling is really the only tool we have to provide future predictions.”