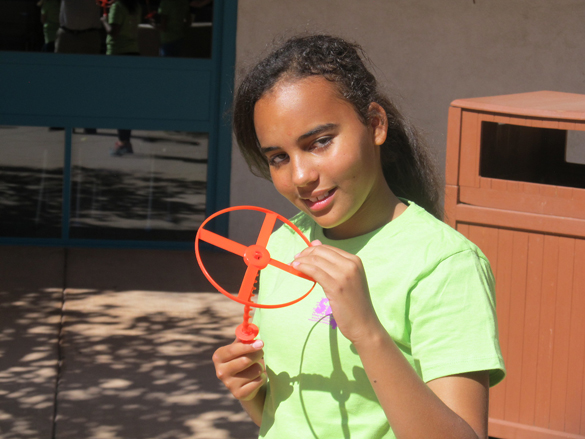 ‘When I grow up I want to be a forensic scientist. I want to go to College at Penn State,’ said Jenny Kilde, 12, of Los Alamos Middle School. She was taking part in the Physics of Toys workshop, led by Ruth Howes and Nancy Watson Saturday at the Santa Fe Community College. Photo by Roger Snodgrass/ladailypost.com 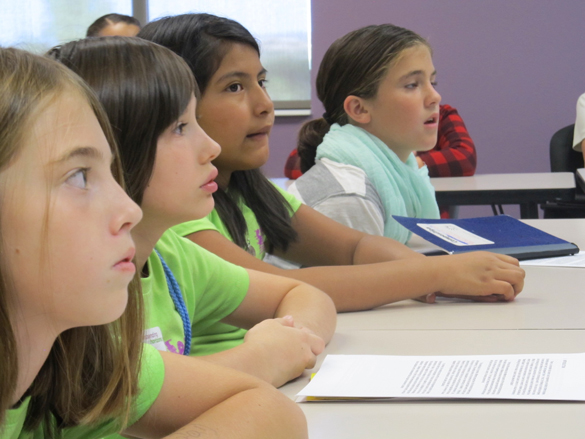 These girls are not learning ‘What’s the matter?’ but rather, ‘What matter is,’ and (the title of their workshop) ‘Why Empty Matters,’ taught by Kateryna Artyushkova and Linnea Ista, a chemist and a microbiologist at the University of New Mexico. They’re finding out about vacuums, gravity, air resistance and sound in space. Photo by Roger Snodgrass/ladailypost.com 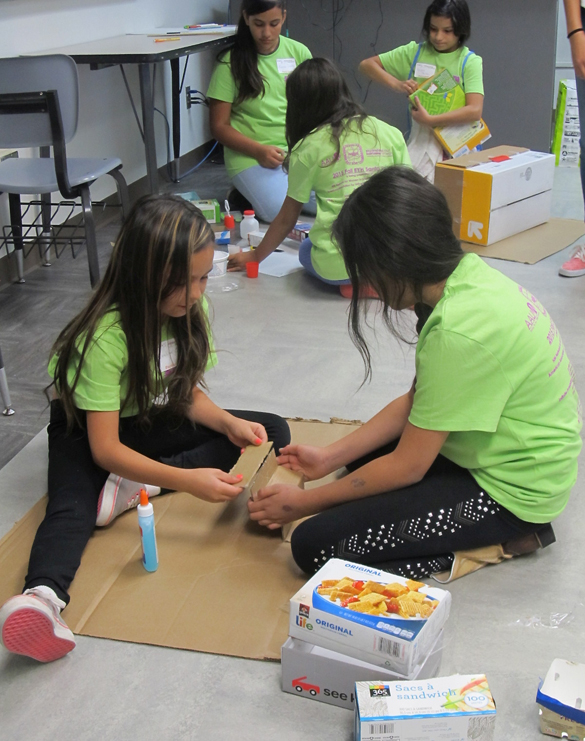 In the workshop called ‘Design like your life depends on it,’ facilitated by Jacqueline Ulrich, participants learned about Net Zero design and, using recycled materials, began building models for an energy-efficient home. Photo by Roger Snodgrass/ladailypost.com

They were hands on, down on the floor, up in the air and out in space.

About 180 girls, mostly fifth through eighth grade, attended the sixth annual Expanding Your Horizons Conference Saturday, hosted by Santa Fe Community College. The event, emphasized science, technology, engineering and math (STEM) and featured a variety of workshops and a science fair with posters and demonstrations.

These gatherings began more than 35 years ago in Los Alamos and now have several related get-togethers in Northern New Mexico throughout the year. The idea is to inspire girls to pursue STEM careers.