GSNM News:
Girl Scouts of New Mexico Trails welcomes the following new members to their Board of Directors:

Duane Trythall, Albuquerque
Duane is currently with Trythall Advisory Group that facilitates sales, mergers, and acquisitions for medium size business in the Southwest and Rock Mountain regions. Duane has always been impressed by the ability of the Girl Scouts to adapt to the changing needs of America’s youth while maintaining and promoting traditional values of scouting. Duane believes that participation in Girl Scout programs, interaction with positive role models and fellow scouts, and adherence to scouting values all contribute to a healthier and more successful life. 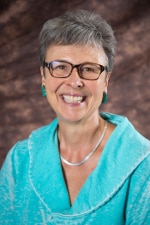 Linda Deck, Los Alamos
Linda is the Directors of the Bradbury Science Museum. Linda oversees and directs the work of the museum to reach out locally, regionally, nationally and internationally to help people learn about science, technology, engineering and math (STEM) and the work LANL. Her professional life has been dedicated to helping people engage in fulfilling learning wherever they need to start, because of their background, knowledge, and interest. “In northern New Mexico, this couldn’t be more important to our youth, especially girls”, Linda stated. 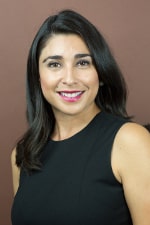 Leticia Bernal, Albuquerque
Leticia is a former Girl Scout and grew up camping at Camp Elliott Barker. She has a deep experience in owning and operating small businesses and has been a consultant to businesses impacted by Albuquerque Rapid Transit along the Central Corridor. Leticia owns Pita Pit and was a multiple unit owner of Subway Sandwiches for nearly 10 years. She has a Masters in International Business earned at Bournmouth University Regent’s Business School in London. She has a three year old girl and has made it her mission to serve organizations that build leadership skills and give a voice to minority groups. 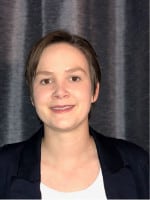 Danielle Bilota, Albuquerque
Danielle would like to serve as a Girl Member for the Board of Directors because she feels that it would be a great way to get experience working with others in a professional setting, and a superb way to make a difference in the Girl Scouting community. Danielle said being on the board would be rewarding and exciting task that would help her show her appreciation for the chances she has been given in Girl Scouts. Danielle attends AIMS@UNM and is a sophomore in high school. 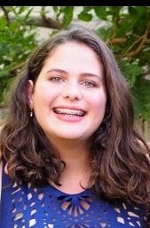 Barbara Leppala, Albuquerque
Barbara attends Eldorado High School and has been in Girl Scouts nine years. Barbara feels she has a unique paradigm not only as an older girl, but also as one who is involved in a number of other activities, including speech and debate and band. She wants to understand how the organization works. Barbara wants to share her viewpoint as an older Girl Scout, and by coming up with ideas to make Girl Scouts even better!
Menu
LOS ALAMOS