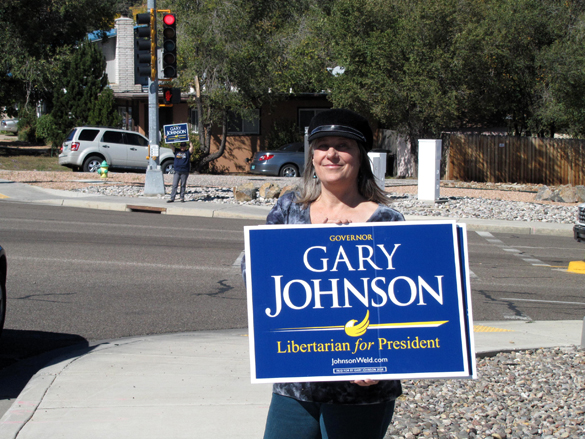 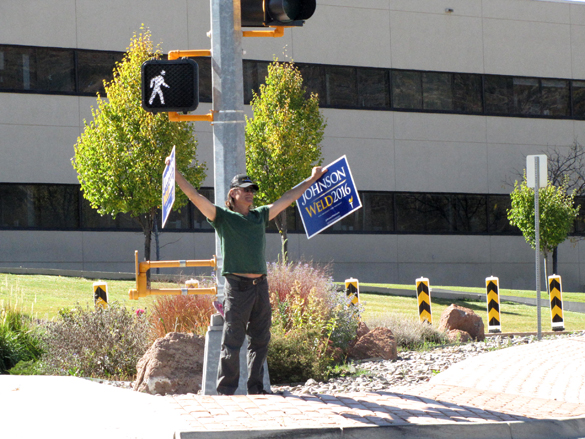 From the Gary Johnson Campaign:

Supporters for Gary Johnson for President were spotted over the lunch hour today waving campaign signs at the corner of Trinity and Diamond Drive.
In a video released Tuesday by the Johnson campaign, the former New Mexico Governor lays the responsibility for the fact that millions of immigrants in the U.S. are undocumented at the feet of a “bad immigration” system and a line for legal entry that “doesn’t move”.

Johnson cites his New Mexico roots as both a business owner and border-state governor in a criticism of politicians “playing on fear and making wildly false accusations” about immigrants, especially Hispanics.

In the video, Johnson states, “I’ve lived my adult life in New Mexico, a border state. I built a business there, employed hundreds of people, and served as Governor. I understand immigration, and I understand why we have 11 million undocumented immigrants in America today….and it’s not because of a Mexican invasion of people wishing to come to the US  to commit crimes.

“We have millions of undocumented immigrants because we have a bad  immigration system that makes it ridiculously difficult to simply come to the U.S. to work. Bureaucrats, backed by outdated laws,  put absurd limits on immigrants from different countries or people who want to do certain kinds of work. The line to get in doesn’t move.

“Crime? Look at the facts. Immigrants commit less crime than the rest of us — and that includes undocumented immigrants. Jobs? Every credible study has shown immigrants CREATE jobs, they don’t take them away. If we are going to deport people because they are costing American jobs, how about we start with the politicians causing the problem.”

Calling for a simplified, market-based immigration system, Johnson continues, “We need a straightforward system for getting a work visa. That includes a background check. A Social Security number that insures taxes are paid. Let the market decide who comes here and who doesn’t based on demand for work. As our economy has stagnated in the past 10 years, net migration into the US from Mexico has actually been negative. More people have actually left the US than have come here, contrary to what Donald Trump describes.

“For those who are here without documents, the idea of deporting 11 million people, many of them children and family members, is just crazy. Kind of like building a big beautiful wall is also a crazy idea. Give immigrants a chance to come forward, undergo a background check, get the documents they need to pay taxes, drive legally, go to college, and bring them into our communities. That’s what America does. No special treatment, no cutting the line. Just getting right with the law. I’m not talking about amnesty. I am just talking about temporary work visas..  And for the small percentage of criminals among those who are undocumented, we find them, bring them to justice, and yes, deport them.”

The video concludes with Johnson saying, “Donald Trump and the other politicians need to stop blaming immigration for the nation’s ills, and we need to return to the great American tradition of embracing immigrants and reaping the benefits they bring with them.” 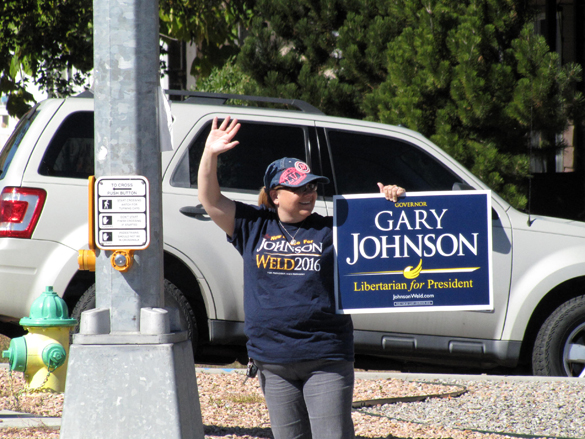 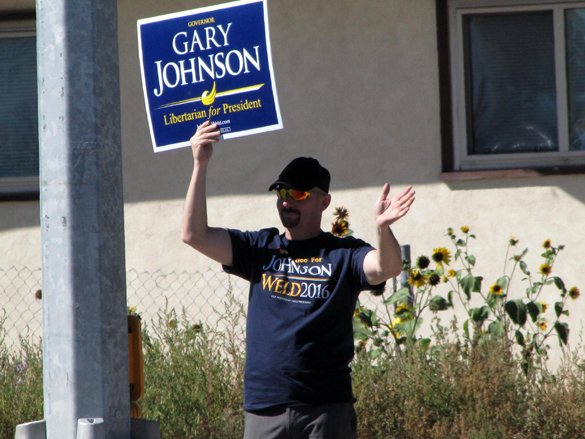