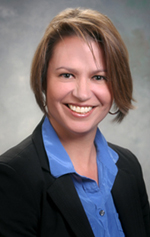 You may have seen the NM Public Education Department’s version of the science standards described by a national magazine with the headline: “New Mexico doesn’t want you to know how old the Earth is”; referring to an omission in the NM PED version of the science standards that replaces the 4.6 billion year age of the earth with the ambiguous descriptor of “geologic time”.

I understand that as an educator, state legislator, and Chair of the House Education committee, that I am responsible for holding our students to a level of rigor and standards that will support them in developing critical thinking skills and the ability to confront complex problems and design solutions. The original Next Generation Science Standards were written to do just that. They brought a sea change (no climate pun intended) to science education by emphasizing inquiry, observation, argumentation and solutions, rather than just a rote memorization of science facts. They highlight the practice of science and engineering. The recently proposed revisions to the NM PED version of the standards seek to dilute the Next Generation Science Standards with changes and omissions. A puzzling decision, since the current state science standards don’t shy away from climate change and evolution.

Additionally, by including such regionally specific language in the NM PED version of the science standards that references everything in New Mexico from the national labs, to the energy industry, to the film industry, to legislators, (YES! Legislators did make their way into New Mexico’s science standards) it seems as though the intent is to cater to certain special interests rather than offer a challenging framework for scientific inquiry. I mean, I had to ask myself, is such detail about New Mexico more appropriate in the science standards, or in social studies?

NM PED’s “New Mexico STEM Ready” science standards miss the mark. Instead of offering New Mexico’s students scientific theory straight from the scientific community, they seek to politicize science; shortchanging the opportunity for rigor in our state’s science education. We need to adopt the Next Generation Science Standards as written now to keep New Mexico on the cutting edge of science.

If you’d like to weigh in on these changes yourself, you can read them at: http://ped.state.nm.us/ped/PublicNotices.html and comment on them at: rule.feedback@state.nm.us or attend the public hearing 9 a.m. to noon Monday, Oct. 16 at the Jerry Apodaca Education Building, 300 Don Gaspar Ave., Santa Fe, New Mexico 87501.