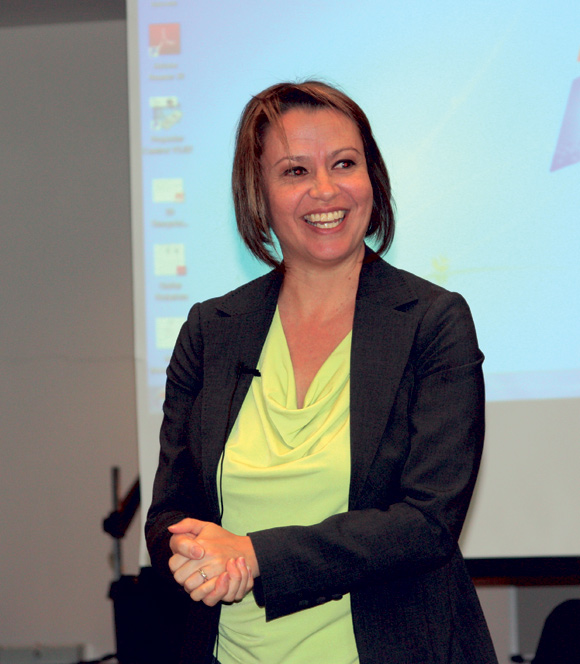 The 30-day session is a budget session with a major focus on the state budget.

“The budget must be completed in 30 days,” Garcia Richard said. “It takes a lot of compromise.”

With oil and gas prices dropping, the ability of the state to fund anything beyond regular, recurring expenses is greatly diminished, she said. New Mexico faces a number of challenges. The state was recently ranked as the “worst run state in the Union. The state is dead last in job growth, she said, and has the second highest poverty rate. High school graduation rates are the lowest in the nation.

“When we propose something, I always ask how it will affect these things,” Garcia Richard said.

Garcia Richard serves on the legislature’s Job’s Council, which seeks to improve the business climate and cut unemployment in New Mexico. The Council dispersed $50 million in economic development grants last year and the Council is recommending the same amount be allocated this year, Garcia Richard said.

The drop in oil and gas revenues has highlighted the need to diversify the state’s economy, she said.

“There is a bright spot,” she said. “Tourism is growing. The Tourism Department is one agency that’s rocking and rolling.”

One area of concern in the upcoming budget session is the state of New Mexico’s correctional facilities. Dilapidated facilities and underpaid correctional personnel are the two major problems, Garcia Richard said. Correctional staff are underpaid and overworked, she said, resulting in high turnover.

Fueling the prison crisis is an explosion of addiction problems in the state.

“Rio Arriba County has the highest per capita death rate from heroin overdoses in the country,” Garcia Richard said. “The cost of providing services to the addicted incarcerated is huge.”

“The bright side is that we have more folks than ever that are covered because of the expansion of Medicaid. We used to have a quarter of our population uninsured. We’re slowly closing that gap,” Garcia Richard said. “That’s a good thing, but it’s expensive.”

Increased funding for public education is another thorny issue. Schools have not been funded to pre-recession levels, but only received small increases, Garcia Richard said.

The legislature must also cope with the issue of REAL IDs. The current New Mexico drivers’ licenses do not meet Federal REAL ID standards. The state recently received an extension of time to grapple with the issue, but it must be dealt with soon, or New Mexicans could find themselves unable to use their licenses as identification for such things as air travel and passing through security checkpoints, Garcia Richard said.

Garcia Richard urged the business people to get involved with state government.

“Come down to the state capitol and talk to me about what’s on your mind,” she said.